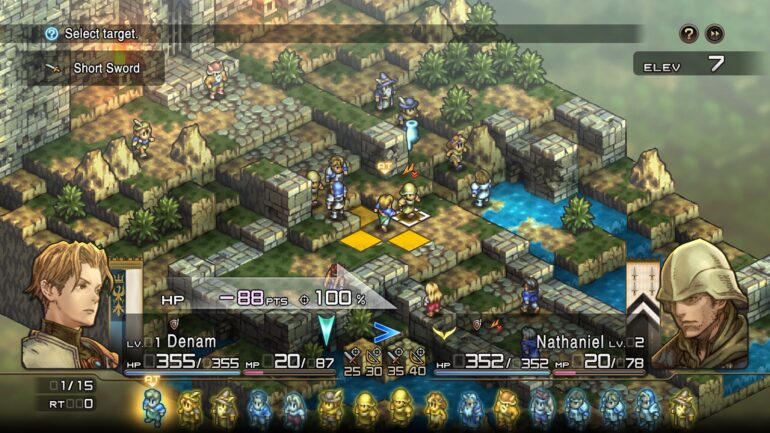 A new leak may have just revealed the Tactics Ogre Reborn release date with some screenshots.

A new listing on the PlayStation Store price tracker site PSDeals.net has listed Square Enix’s Tactics Ogre Reborn release date. It was revealed that the game might get released on November 11, 2022.

Aside from the possible release date, the supposed listing had the detailed description of the remastered title’s features and some screenshots. The previous leaks have shown some interesting artwork and the possible cover, but it did not have a release window, screenshots, or description, until now.

The listing also provides the platforms the game will be on, which is on PS4 and PS5. Since it is the PlayStation Store, it does not confirm if those will be the only platforms it will be released on, but since the game was on PSP last time, it could be released on newer portable platforms like the Nintendo Switch, or maybe on PC via Steam.

Another part of the description says that Tactics Ogre Reborn will have a completely revamped AI and a change of the level management system from being class-wide to unit-by-unit. It also features quicker battle speed, auto-saving, and overhauled controls and UI. The backgrounds and character art are recreated in HD as well.

The cutscenes will be fully voiced in English and Japanese. The music got rerecorded with live performances.

It also says that it might get a physical release of the game. The PS4 owners of the game can get the PS5 digital edition for free, but they will need to insert the disc to use the next-gen version.

Tactics Ogre Reborn is supposedly in development and might launch this coming November 11, 2022 on PS4 and PS5 (possibly more). No official statements from Square Enix as of the moment.