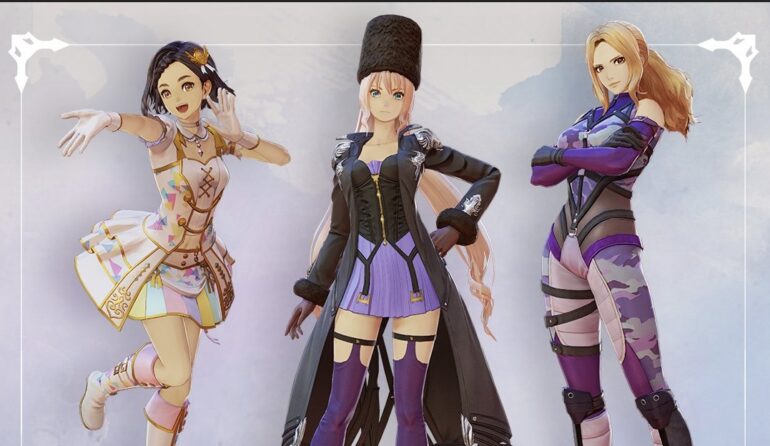 Game company Bandai Namco Entertainment released new images of the collaboration outfits that come from different franchises under the same company. To obtain these outfits, fans and newcomers will need to purchase the Digital Ultimate Edition of the game. There is no indication that the Collaboration Costume Pack will be made a separate purchase soon, but it should become like that at a later time. The games that will collaborate with Tales of Arise are Code Vein, Tekken, and iDOLM@STER.

Shion will be taking on the Code Vein costume of Mia Karnstein complete with the iconic jacket and winter hat, Rinwell will take on a dress from the iDOLM@STER group, while Kisara takes on the Tekken costume of Nina Williams with a ponytail hair to match the outfit.

Just recently it was reported that completing the playable demo of Tales of Arise will net players with the Vacation Hootle Doll. Also, our resident writer is greatly impressed with the demo saying it “is cinematic at its best.”