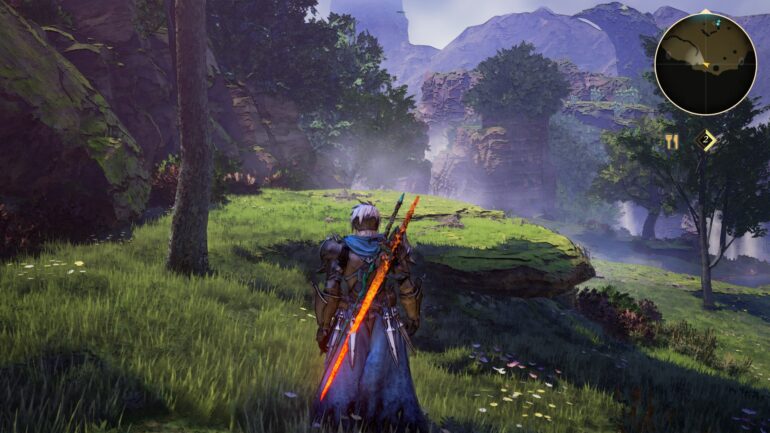 The Great Dragon is a secret boss that can be encountered in Tales of Arise. It may seem like a random encounter, but there’s actually a concrete way to find it. It’s a level 26 giant zeugle that can pose quite a challenge.

How To Find The Great Dragon

You can challenge this giant zeugle the first time you unlock Menancia. You won’t be able to fight the great dragon just by looking for it on the environment. Head to Traslida Highway and check the lower left corner of your map. You can see it if you entered from Overseer Hill and look towards your top right. You’ll see an elevated position that overlooks the wooden bridge. Go ahead and head over there.

Once you’re there, you’ll encounter three boars that you’ll have to fight. Once you’ve done so, the Great Dragon will suddenly appear in the midst of the fight. And no, you don’t need to take the side-quest to encounter it. You can even turn it in early for a reward once you reach Viscint.

How To Beat The Great Dragon

Contrary to its name, the Great Dragon isn’t as hard as you might expect. It’ll definitely give you a run for your money, but it’s not that difficult to take down even on Hard difficulty. Despite being level 26, you’ll be able to fare well against this beast provided that you’re at least level 17 no matter what difficulty option you’ve selected.

On harder difficulties, the Great Dragon can really be punishing to your melee fighters. This is where combatants like Shionne and Rinwell will excel the most. Alphen and Law can be pretty good damage dealers, but they’re the most susceptible to this giant zeugle’s attack. Especially since it’s resistant to the former’s fire damage.

Make sure to equip any water and ice astral artes to Shionne and Rinwell. The attack range of the Great Dragon is relatively short so you can spam artes such as Freeze Lancer and Gemini Aqua for Shionne and Spread for Rinwell. We’d advise against using artes like Placid Pool as it requires getting up close and personal.

Don’t be surprised if Alphen and Law kick the bucket, you’ll be able to fare well against the Great Dragon so long as you have either Shionne or Rinwell. That’s how you beat the Great Dragon in Tales of Arise!