Tales of Arise is cinematic at its best

Newest Tales series' DEMO is out 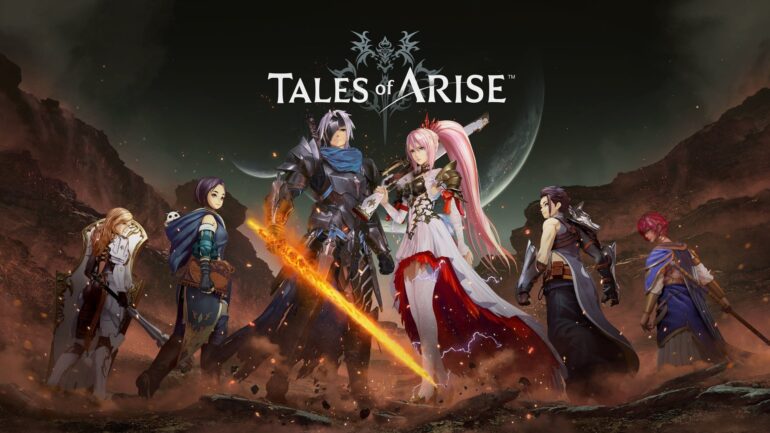 Tales of Arise is an upcoming JRPG game developed by BANDAI NAMCO and is the latest installment of the Tales series. Recently, a demo version of it was released for PS4 and we, of Sirus Gaming, have gotten a lot of info from the gameplay itself.

The game is very story-heavy, even for a demo. The pacing was good and barely lets up any slack. The mystery pulls you in and unfolds at a quick, yet easy pace. Although some areas are off limits until you reach a certain point, you still get the freedom to explore and complete side-quests that are available. The contents of the game is very good to the point that it makes players wonder what else is in store once the full version of the game comes out.

The combat system, like its predecessors, utilizes a real action combat system and has a certain feeling similar to that of Scarlet Nexus but with a little more realism to it. The usage of melee combat and artes created a new line of unexpected styles for each character. During some battles I experienced in the game, I had a great time doing at least 50 or more combos by combining melee attacks on the ground and mystic artes in the air. Another thing I noticed when facing enemies is the fact that there is a break gauge called boost strikes. This feature allows players to perform co-op attacks on certain enemies. I get the impression that it would be most utilized on boss fights. Lastly, I saw another feature that was added in the game called boost attacks, where fellow teammates will assist your chosen characters in prolonging attacks. Overall, the combat system of the game is great but will need to improve a bit in terms of targeting and a bit of spacing as I noticed there were times where I failed to avoid attacks of the monsters or suddenly get stuck in the corner of the map.

The art-style of the game is really great, but what sets it apart from its predecessors is that it utilizes a mix between 3D and 2D animation that fit well with the theme. The developers have stated that the game focuses on ‘Inheritance and Evolution’. Each of the characters have a certain characteristic and trait that appeal to them. Additionally, their style of fighting creates a wonderful experience for players who want to mix things up. Among the characters I tried, I had a great time playing as the main character of the game, Alphen, who uses an array of close quarter techniques while wielding a flaming sword. And also Shionne, a long range gunslinger who combines mystic artes with her bullets to deal a huge amount of damage within her range.

The enemies in the game are very capable and challenging. Each of them are distinct and possess a unique trait that makes them formidable, especially on boss battles. There will be times where players will have a chance to challenge themselves against the odds during the side missions, and in my opinion, this will be a great incentive to many as the rewards for completing them improve your characters.

The camping system is one of the newest features in this game. It allows players to interact with their allies, heal HP, recharge Cure Points (an arte gauge system that buffs and heals your party) as well as watching old and new skits. Not only that, there is also the option to cook food for party members. As stated in our previous articles, “Players will be traveling all over the world of Dahna and they are able to gather ingredients such as fish at specific spots with Kisara. They can also develop their own ranch and then breed animals to get even more ingredients for cooking. Compared to previous Tales of titles, Tales of Arise will allow players to prepare delicious meals at camps and inns. When they eat these meals, they get these temporary but special effects that can help in future battles.” Given this statement, I believe that the camping feature will play a very important role for the game.

Overall, the demo is already looking like a work of art despite not being released yet. It has given a lot of information towards the story, art-style, graphics, and environment that is essential for knowing the game once it’s out. I highly recommend playing the demo first to let Tales’ fans experience this magnificent gameplay that we, of Sirus Gaming, experienced and hope once they do play it, consider getting the full game. Tales of Arise is set to be released on September 10th for PlayStation 4, PS5, Xbox One, Xbox Series X/S, & PC and the demo version is currently available now for the PS4, PS5 and Xbox.