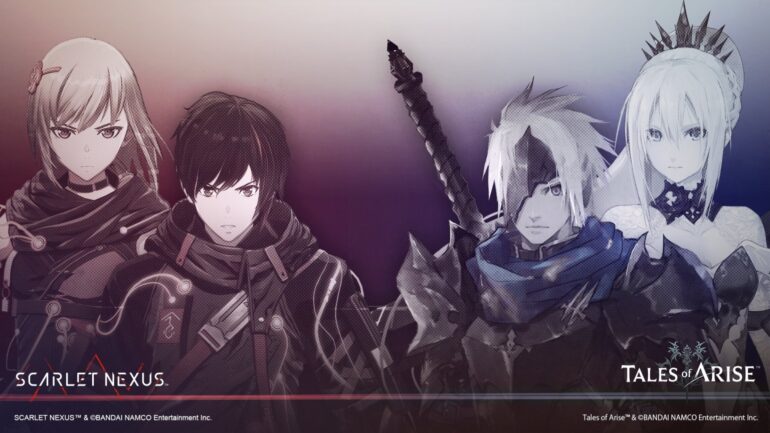 Bandai Namco Entertainment has announced that there will be a Tales of Arise and Scarlet Nexus Collaboration event happening soon.

Players of both Tales of Arise and Scarlet Nexus games will be able to get special items that will part of the collaboration event. More details will be shared at a later time, but images of some of the cosmetic items have been teased in a Twitter post from both games.

For Scarlet Nexus, players will be able to get the Iron Mask that Alphen wore in the game. Another cosmetic item they can also get will be the Flaming Sword. From the images, it seems they can wear them in-game during battles and exploration.

For Tales of Arise, players will be able to get the Baki Chan cosmetic attachment and Yuito’s Myoho Muramasa. Both items can be worn in combat and exploration as well.

More details about the collaboration will be shared by the developers at a later time.

Scarlet Nexus is now available on PC, PS4, PS5, Xbox One, and Xbox Series X/S. Tales of Arise are also available on the same platforms.