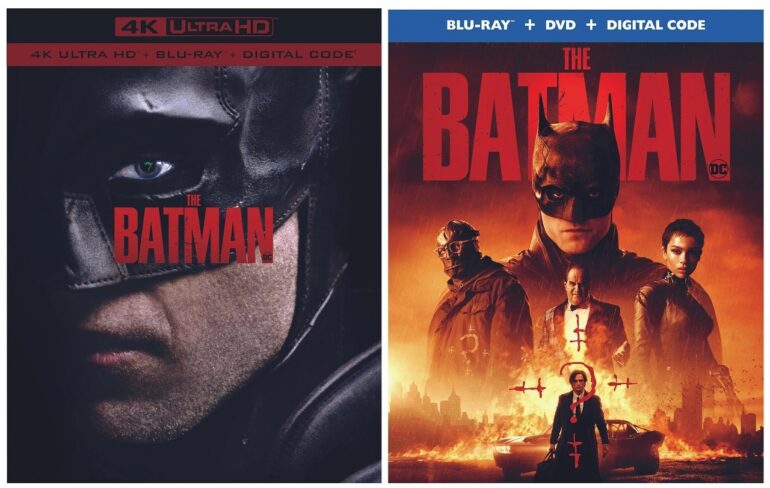 In just a month’s time, Matt Reeves’ successful debut of The Batman was met with nothing but praise from the fans. To those fans who are eagerly waiting for the 4K blu-ray launch, Warner Bros. Home Entertainment finally announced The Batman‘s release date on home media. The Batman 4K blu-ray release is expected to have additional content like behind-the-scenes, deleted scenes from the movie, and even the director’s cut.

The film was a big hit when it premiered in theaters on March 4, 2022, in the US (and on March 2, 2022, in selected territories). Critics and fans alike appreciated The Batman’s new noir direction and theme, and a more grounded take on the Dark Knight. The Batman made over $700 million at the global box office, making it one of DC’s most successful superhero-based films in recent times, and a sequel has already been teased during a special scene in the movie involving Barry Keoghan’s character, The Joker. A spin-off on HBO Max has also been announced based on Gotham City’s most renowned psychiatric ward, Arkham Asylum.

When is The Batman 4K Blu-ray and DVD Release Date?

The Batman stars Robert Pattinson, who’s known for his role in The Lighthouse and Twilight, as the World’s Greatest Detective alongside Zoë Kravitz as Selina Kyle, Paul Dano as The Riddler, and Andy Serkis as Alfred. The Batman tells the story of the Caped Crusader in his second year as Gotham City’s crime-fighting vigilante when a masked serial killer reveals himself as The Riddler who targets the city’s most powerful figures. Leaving clues and cryptic messages, the Batman, with the help of Alfred, Selina, and Lt. James Gordon (played by Jeffrey Wright), will have to uncover the mystery surrounding the Riddler to stop him and put an end to his sinister schemes.

The Batman is directed by Matt Reeves, who’s also known for his work in the reboot of the Dawn of the Planet Apes (2014) and Cloverfield (2008), and also serves as one of the producers (with Dylan Clark) and writers (with Peter Craig). The Batman is based on the iconic DC character created by Bill Finger and Bob Kane.

Is The Batman Coming to HBO Max?

Will The Batman be on Blu-Ray?