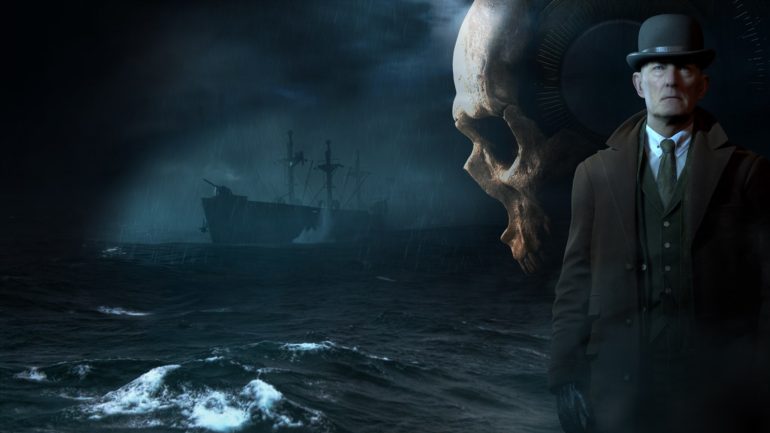 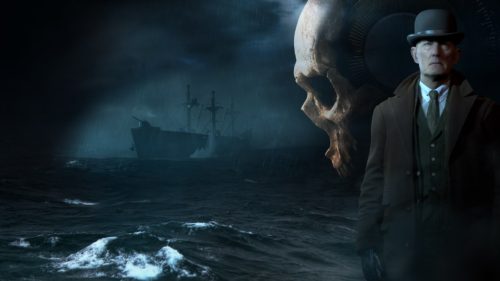 The horror genre has evolved so much since the beginning of time. From the humble beginning of snippets from newspapers to published literature to airing in radio stations, finally getting to see it black and white through television and years later; to video games. Pushing the boundaries is Supermassive Games‘ mantra and this was beautifully executed on an earlier title – Until Dawn. Surpassing it proved to be quite a challenge for them though.

Inspired by the events that happened with Ourang Medan, the game starts in the year 1947 where all crew aboard a freighter ship died horrifying and mysterious deaths. This give players a glimpse of what potentially could happen to lost souls that would dare board that cursed ship. Then the real story begins as you get to play four enthusiastic adults ready to spend their holiday in an underwater diving trip. The scene starts with Alex and Brad Smith (they couldn’t really think of a more American last name, could they?) then joined in by Alex’s girlfriend, Julia, and her brother Conrad. They were accompanied by Fliss, captain, and owner of the Duke of Milan. Events started to get south when a group of hostile fishermen boarded their boat and has taken all of them as a hostage. Amidst a deadly storm, the group must find a way to survive and had to take shelter inside the ghost ship. Then the monstrosity begins.

Man of Medan is the first release among eight of the The Dark Pictures Anthology Series. Similar to Until Dawn’s gameplay where branching interaction may lead to greater consequences or none at all. It’s an interactive survival horror video game that offers good or bad endings and a different narrative, adapting to the players decisions. You may end up having all characters alive, to a few or none at all. Starting the adventure, the player gets to choose whether to play it alone or opt to play with some friends. Co-op works in two ways: the Shared story is when you invite online friends to play with you or Movie Night Mode where you get to assign friends a character offline.

I finished the game initially by doing it all alone. My first playthrough lasted only about 3-4 hours and it may be different with others if you are the careful type since you want to look every nook and cranny for those collectibles. Collectibles include paintings that can give you premonitions much like the totems in Until Dawn. It’s a split second scene showing the inevitable results that may happen when you decide on a path. Second is Secrets; these are documents, letters, maps, bullets or charts that are left by the Crew which uncovers more details about the mystery of the ghost ship and may help the group survive and emerge alive in the end. I highly recommend playing it with a friend. It is so much more enjoyable when you get to laugh after being terrified of a jump scare. Especially with Shared Story mode, that online friend is seeing the game in their perspective. So if they see a ghost, they’re the only ones who can see it and it is so amusing to hear that argument between friends since the other is experiencing something else entirely which adds to the paranoia.

If you are familiar with Until Dawn, diving into this game style will be a breeze. But if you aren’t then the mechanics and controls are quite easy, you will get the hang of it in no time at all. Most of the interactions you do in the game are QTEs; Quick Time Events. Either pressing specific key buttons as shown or screen, or deciding on what path to do, will be timed. The player must act on their feet using either their ‘heart’ or ‘brain’ to keep on surviving. Failing these events may result in a disadvantage later on or death of a character. However, deaths are inevitable. I got careless on my first run and got Conrad killed but fret not because after you finished a storyline. The game will unlock a feature that will let you play a scene of your choosing. This is the part where you get to experiment on those choices. What doesn’t work for me is that you will have to go through those nasty jump scares AGAIN!

This game really gave me a fright and I couldn’t even close my eyes because I might miss out on a QTE. Camera angles are frustrating as it will only give you very limited view. Ultimately, it adds to the overall horror charm as it is very effective in questioning my own sanity. The lighting on this video game really does a number on you. It definitely sets the mood as creepy shit starts to unravel. Like, when I see a shadowy figure at the corner of the room, I get to ask myself if what I saw was real. But still I honestly don’t bother investigating it at all. Judge me all you want! But I AM NOT confronting a ghost of any shape and form. Sound quality is really good too. You get to hear the usual sounds aboard a ship – that very loud engine running and heavy rain and waves splashing on its metal sides. As you go into the belly of the ship, the quieter it gets. Then you get to start hearing scratches, leaking pipes or someone breathing down your neck. That is really amazing and petrifying at the same time. Anything else is a letdown and that is quite sad as I have high expectations for this game.

With Until Dawn, there were eight characters that you can play which understandably made the story longer and I felt like I invested so much emotions into these characters that I want them all to survive. But Man of Medan failed to get those emotions out from me. Don’t get me wrong, there are video games with short stories that still made an impression but most of the characters are a disappointment. Conrad as played by Shawn Ashmore, famously known as Iceman in the X-Men series, despite that, did a phenomenal performance in the game. Alex’s character was too stiff even with the dialogues. It looks as though only the corners of his mouth were actually moving and there was this scene where he had an outburst and I really couldn’t tell whether he was furious or just stating out his opinion since his face didn’t show any emotions at all. Probably the biggest reason why I didn’t feel distressed when any of them died, except Conrad. To highlight, the former had gruesome and grotesque deaths that will really keep you up at night. But that was the total opposite of what happened in this game. Most deaths were just due to knives, guns, falling from heights. Erm, quite dull and straightforward way to go. With a very quick storyline and absurd dialogue options and death scenes – it’s fairly difficult to maintain a good impression.

Technical issues are noticeable throughout the entirety of the game. In most cut-scenes, there are scenes that pauses or froze over and continued on with the next scene. It made me wonder if I have missed an important scene. Another instance is while a character is talking, the game proceeds to show me the next scene. It really doesn’t affect the gameplay but it gets annoying pretty fast. I am running this game on a PS4 and another unfortunate flaw I discovered are grainy images. Player has no choice but to explore rooms and may encounter items that you need to investigate further. It varies from a very tiny animal skull or just a simple letter but what irks me the most is when you get to zoom in an item – it gives you a very grainy image. Incredibly bad technique especially when you want to promote a game that supposedly uses a state-of-the-art engine to make it feel lifelike.

Playing with good friends over some beer and chips for a night or two will make this more enjoyable and bearable. A family can play too if guardians don’t mind the graphic content. This is the first among eight series and it is actually a good start. Really good intentions but poorly executed and I just sincerely hope they learn from this release and improves the next. Little Hope gets to be released in 2020 and it showed so much potential. I am quite excited and ready to forgive Man of Medan if the latter turns out great.