KOF99 also got a new paintjob and new features! 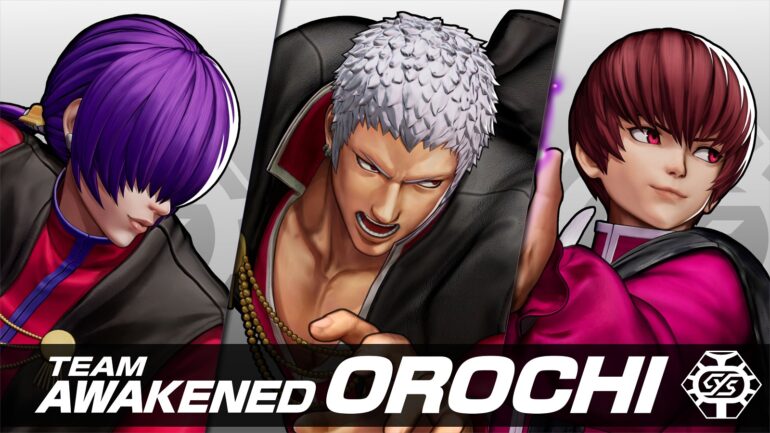 SNK has recently announced the newest DLC character team to join The King of Fighters XV.

Team Awakened Orochi will be joining The King of Fighters XV in August 2022. This team is different from the original Team Orochi as the former now has its members with different elemental powers. The DLC characters are Orochi Shermie with lightning powers, Orochi Yashiro with the powers of earth, and Orochi Chris with the powers of dark flames, just like Iori Yagami. The team who worked in the shadows to revive the almighty Orochi in KOF ’97 is now on KOF XV.

All 13 DLC characters will be coming in 2022 and now it will increase the roster to a massive 52 playable fighters. Team Garou, Omega Rugal, Team South Town, and Team Awakened Orochi are all included. The roster of KOF XV just got bigger and better.

Aside from Team Awakened Orochi, SNK also revealed the newest version of KOF ’98, The King of Fighters ’98 Ultimate Match Final Edition. This is a fully tuned-up version of the original KOF ’98 game and with new features. It features the Ultimate Mode system and game balance adjustments. There are game modes like the Challenge Mode and Practice Mode that have been added.

To make it all better, this new version will have rollback netcode for its online matches. Online matches can have up to nine players and features a spectator mode. Online functions will be greatly overhauled including a replay function for battles and settings for matchmaking conditions.