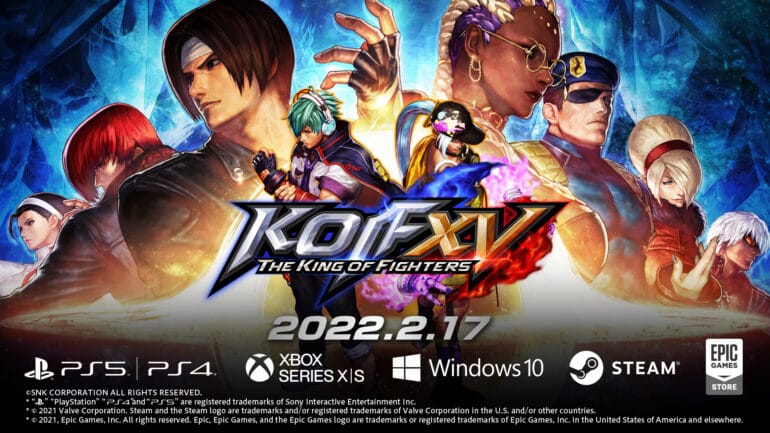 The King of Fighters XV will finally launch early next year. It will be available on PlayStation 4, PS5, Xbox One, Xbox Series X/S, and PC via Steam and Epic Games Store.

KOFXV will now feature 39 fighters and that includes classic popular ones, resurrected fan favorites, and the ones who are integral to the story. In this iteration, all of the heroes from different games will be meeting in this title for the first time. It continues from the story mode of the previous game. This time around there will heroes from the Orochi, NESTS, and Ash Sagas that will meet up and fight in this new tournament.

3v3 team battle system is back with new features like the Shatter Strike that allows players to counter enemy attacks. Max Mode and Max Mode Quick have been improved with a rush function that will allow for combos to be carried out rapidly by just pressing attack buttons.

KOFXV will support 1-2 players local and 2-8 players for online play. There are a lot of online modes like Ranked Match, Casual Match, Room Match, and Online Training. Rollback netcode has been adopted too for the best online experience.

Pre-orders are now available for the different editions of the game on PS4, PS5, and Xbox Series X/S. KOFXV Standard Edition costs $59.99, Day One Edition with the same price tag will include the Terry “Garou: Mark of the Wolves” DLC outfit and only physical, while the Digital Deluxe Edition offers the game plus three days Early Access, Team Pass 1 for Team 1 and 2 DLC, and exclusive Leona “Classic Leona” outfit.

The King of Fighters XV official release date is February 17, 2022.