The alternate ego of Tizoc is always entertaining to watch. 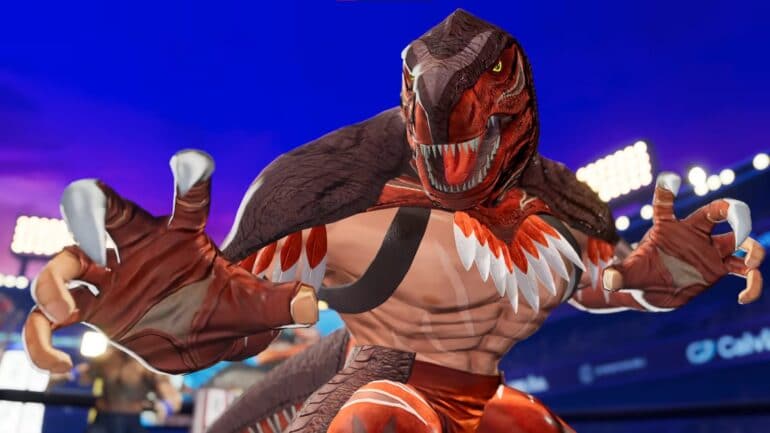 A new character for upcoming action fighting video game The King of Fighters XV was recently uploaded and it features a returning character with a beastly roar, The King of Dinosaurs.

The King of Dinosaurs is the next character to be revealed in The King of Fighters XV and will be joining the ever-growing character roster. This is actually Tizoc, the wrestler who loves to wear the bird mask, but now wears this awesome T-Rex mask. It is said it is his alternative ego and has a different way to fight against his opponents compared to his original persona.

This particular version can punch, kick, and grapple around with a hint of small bites on his enemies. He was in KOFXIV and has come back with a vicious vengeance. His attacks are strong and packs a whole lot of damage.

No team has been formed yet, but this could be the grappling or Mexican team with Ramon revealed. It seems Angel is the next character to be announced according to rumors, but we will have to wait until the official reveal.

The King of Fighters XV will launch early 2022 for PlayStation 4, PS5, Xbox One, Xbox Series X/S, and PC via Epic Games Store and Steam.