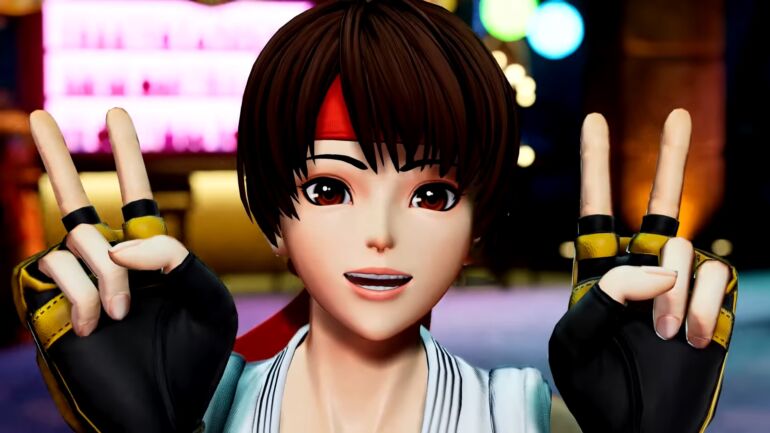 The cheerful fighter of Art of Fighting team Yuri Sakazaki has now entered the ring of upcoming action fighting video game The King of Fighters XV.

Overall, Yuri’s look is the same as always from her previous iterations with only small differences like her new fighting gloves. Known as the Wild Flying Swallow, she is the younger sister of Ryo Sakazaki, and has her own improvisation of the Kyokugenryu Karate in KOF XV.

In the new character video, Yuri is seen fighting against previously introduced characters like Andy Bogard and Meitenkun. She unleashes her improvised moves like the Slipstream Handslap and other techniques.

With her addition, it is surprising that no new team was introduced afterwards. The pattern was usually three related characters being introduced and then revealing the new team that was formed. Andy and Joe Higashi were already introduced, and it was anticipated that the next one to be revealed was Terry Bogard, but it was Yuri instead. Maybe SNK is trying to mix it up to increase the hype for The King of Fighters XV.

The King of Fighters XV will launch sometime this year. No platforms were confirmed yet.