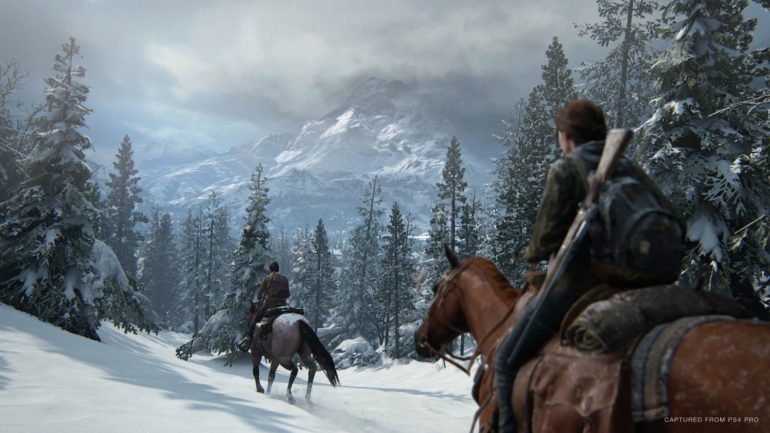 In the many trailers of upcoming video game The Last of Us Part II, Ellie and her friends are seen in different locations and also in various seasons. This mechanic in the game can be a big asset for the vengeful heroine while also becoming the one factor that could spell her demise.

According to the Official PlayStation Magazine (July 2020 Issue), the upcoming sequel will be just like the original one where it changes with the seasons. There will be different climates and environmental changes, which will present various types of challenges for Ellie to face in her journey of revenge. It seems the world will reflect the mood of the story.

Compared to the first game, the sequel’s different seasons are represented in better form visually because it has been developed for the PlayStation 4 and in its late life cycle. Naughty Dog perfectly understands the technology already, so they are able to push it to its limits.

When Ellie starts her journey going north to Seattle, it will be winter in the game. This will have her leave footprints on snowy ground and push aside clumps of it aside as she moves on. This is where the danger comes in. With her leaving her footprints, enemies will be able to track her easily if she is trying to avoid them. There will be traces of her moving around, so it would be better to move swiftly but also being careful of leaving tracks.

Speaking of seasons, The Last of Us Part II will have the best weather effects that can be seen on the PS4. Players will be able to see how Ellie struggles with the weather conditions and how she tries to adapt to the situation. She will get muddy as she crawls through undergrowth, get snow on her face, eat dust on dry weather, and more.

This will be a big challenge for the heroine when trying to avoid pursuers or trying to hunt one of her targets, especially if those targets are from the faction Seraphites. They can use stealth, so it makes common sense they can track Ellie quite easily. Better find good spots to hide to get away from them.

The Last of Us Part II will launch on PlayStation 4 this coming June 19.