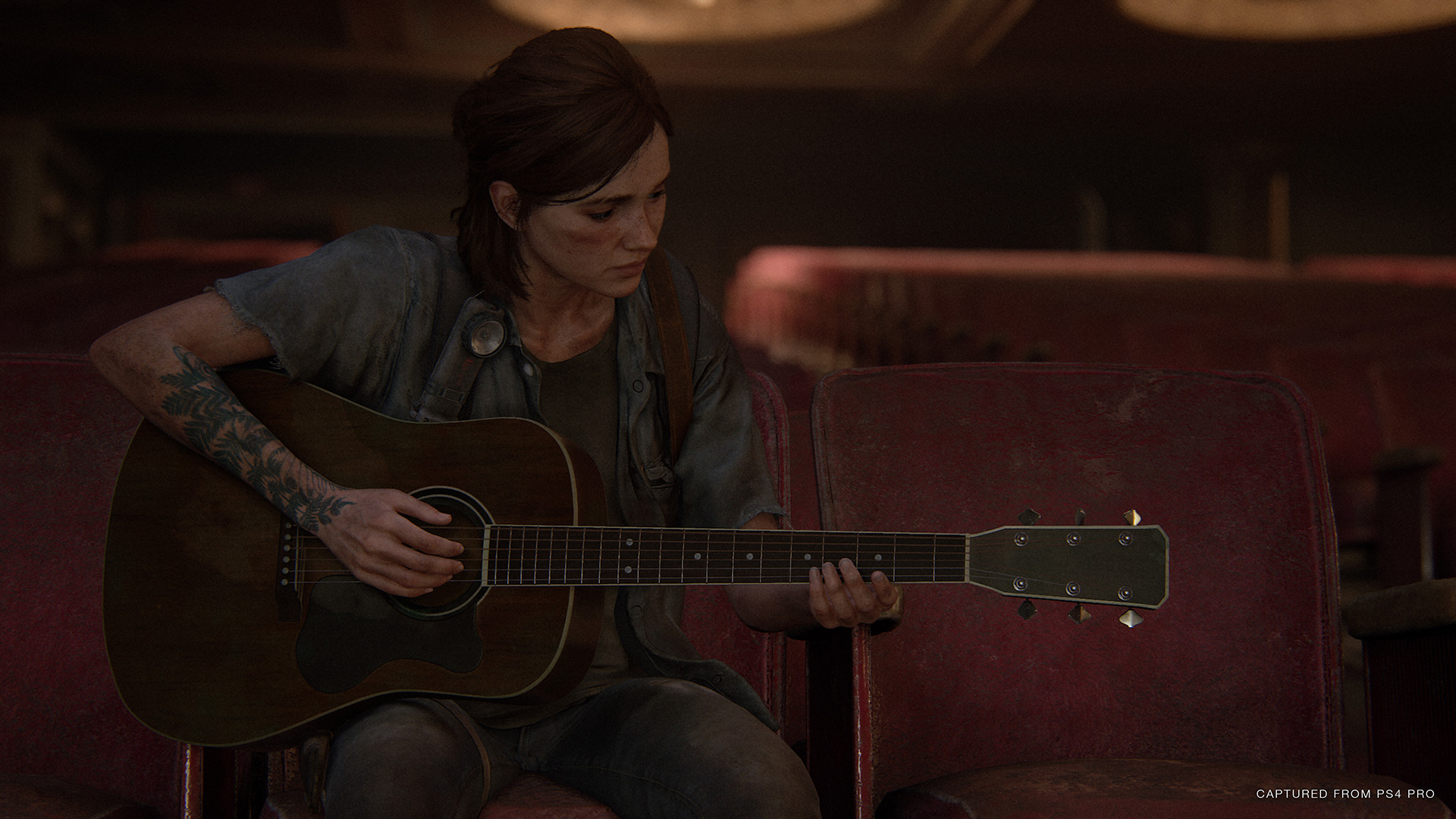 The Last of Us Part II – Review 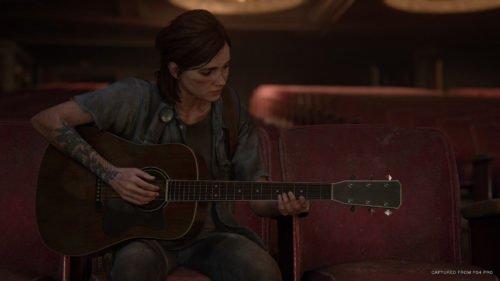 When writing a story about revenge, the most important driving force that fuels the narrative is motivation. If you don’t sympathize or at least understand why the character you’re controlling has it out for someone, then it’s hard to get invested in the narrative. This is more especially so since The Last of Us Part II is a narrative-driven experience centering around the theme of revenge.

Play as Ellie as she journeys through a post-apocalyptic America in her quest for vengeance. It has been years since the events of the first game, and the world has only gotten more brutal and terrifying as its inhabitants slowly get used to living with the infected human beings unfortunate enough to be exposed to cordyceps. Cordyceps, a fungus that turns anyone that breathes in its spores into zombie-like freaks that attack anyone on sight.

Considering this is a Naughty Dog game, expectations are high for The Last of Us Part II to be another PlayStation gem. The question is, is this game truly worthy of all the hype in recent years? And is it a worthy sequel to The Last of Us?

Since The Last of Us Part II is a narrative-driven experience; as such, we won’t be talking about spoilers in order to save the experience to its fullest for those who would like to buy the game for themselves. Unfortunately, at the time even before this review was written, there were leaks online spread that you might come across unintentionally. So please tread with caution.

So you might be asking the question, do you need to play the first game to fully understand what’s happening in this one? While I would give the recommendation to try out the first one before you begin Part II, you can play through this one without getting lost. However, you truly won’t get the full experience should you not have gone through the first game. Though you can also make the argument that playing it backward might provide a different experience entirely.

The Last of Us has never been shy of showing gorgeous greenery, even in desolated places. You can expect the same for Part II. The fact that the graphics in this game are gorgeous helps nothing but tempt you to chew the scenery. The desolated parts of the city you explore are plentiful of evidence and remnants of the life that used to live there before its fall.

This game is not open-world, much like all other Naughty Dog games. Despite multiple paths being explorable to some degree, there is only ever one route for every playthrough. It is quite linear. The environments are interesting enough that they’re never boring to thread through. It does, however, give you that Uncharted: The Lost Legacy vibe where you get to explore the location before pushing through to progress the story.

Exploring each area you go through is highly encouraged. Depending on the difficulty setting you choose, resources can be incredibly scarce. If you don’t take the time to loot for ammunition, health supplies, and crafting equipment you’ll be in a big disadvantage in the next encounters.

There are also some equipment that may be permanently missable in your playthrough. These equipments can only be found in hard-to-reach areas of the game that you could find if you’re willing to explore and keep an open eye. One such item you could find is instruction magazines, which open up new skill trees that you can invest in to make life a little easier.

When it comes to combat, you’ll mostly be sneaking around at the start of each encounter. Crawling on tall grass, slipping through cracks, and silently taking out isolated enemies. You’ll always be outnumbered and outgunned. There’s a level of intense decision making that goes into each of these encounters. Getting through enemies undetected can require intense precision.

On harder difficulties, enemies will spot you rather quickly. You’ll most likely be spotted by somebody you didn’t account for or know was even there. However, you can just as easily disappear back into the shadows if you’re quick enough. This kind of gameplay encourages hit-and-run tactics with each encounter. That is, for human encounters anyway. Infected, however, once they spotted you, never seem to let up.

Enemies, once alerted, are brutal and unforgiving. They quickly surround your area and do everything they can to eliminate you. However, they can also be stunned, lured, and grabbed. Throwing bottles or bricks around the environment can distract them long enough for you to slip past, though you can also throw it at their faces to stun them long enough for a one-hit kill or a grab.

The Enemy AI here is fairly competent. They can look around under cars to see if you’re hiding there. Watch each other’s backs to ensure you can’t take one out without alerting everyone. And even use dogs to track your scent. They’re quite satisfying to play against and are a welcome aversion of AI stupidity we’ve all come to expect.

Despite how deadly enemies can be in this game, Ellie can even be deadlier. With a variety of weapons at your disposal which can be prepared pre-battle or on the run, The Last of Us Part II always gives your own freedom to engage in fights as you see fit. However, scarcity of ammunition and resources does encourage you to frequently change your playstyle and equipment.

You can craft deadly equipment on the run. Molotovs to burn groups. Upgraded melee weapons for one-hit kills. Or stun grenades to daze enemies. Some of these improvised equipments can be upgraded into something better. For example, the stun grenade can become a smoke grenade which not only dazes opponents but blocks their line of sight.

When overwhelmed, it’s usually encouraged to fall back and craft equipment. During combat or stealth sections, you can always find materials to create tools that increase your odds of surviving.

One other way to improve Ellie’s overall chances is by investing in skills you can get from the skill trees. Now unlike other games where you gain the currency to improve yourself by leveling up, you gain it here through supplements. Which isn’t really found by taking down enemies, but exploring the area around.

The fluidity of movement certainly helps make combat feel organic. The abundance of options you have at your disposal helps stop each encounter from feeling like it’s just another shooting gallery. Encounters in The Last of Us Part II are tactical and strategic, yet dynamic.

If this game is lacking in anything, it’s certainly not in its combat.

As I mentioned up above, unlike human enemies the infected seem to never lose sight of you once they find you. I’ve made multiple attempts at hiding, and they always knew where I was once they see me. And unlike regular humans, infected are much less careful or concerned with taking cover. Every encounter with them is either a slow stealth segment or a fast-paced game of tag around the environment. Keeping distance is the key to survival, especially since a few enemy types have one-hit kill when they grab a hold of you.

A new enemy type is present and introduced in this game. Shamblers are grotesque mutations capable of secreting corrosive substances that can burn and contaminate the skin. Immunity or not, even Ellie can’t survive direct contact. Unlike most enemies, Shamblers are immune from one-hit kills from stealth. Making them rather challenging.

Of course, the infected rely heavily on noise. Toss a bottle or run around carelessly will have a horde coming. Using the environment around to help Ellie evade being caught by them is the best chance for survival.

There are a few handful of segments in the game where you’ll be dealing with both the infected and human beings armed with guns as well. And it can be quite satisfying to put them up against each other.

There’s also a handful of boss fights in the game. And they can be extremely tough to tackle on higher difficulties. Usually you’ll get out of it with almost all of your resources spent.

At a few times, it is possible to run into few glitches and design choices that can bring you out of immersion. Another noticeable game design that it carries from the first game, is that your companions are nigh invisible until you are spotted. More than once I had a companion stand there in front of the enemy with no visible reaction. Understandably, this might have been a necessary sacrifice, as the alternative would’ve no doubt frustrated some players. A particular hilarious glitch I encountered (and recorded) was that a female companion of Ellie wouldn’t stop shaking her ass in front of me.

Editor’s Note: From a technical standpoint, The Last of Us Part II performs surprisingly stable on both the standard and Pro version of Sony’s console. There are little to no frame-rate drops, and the frame-pacing is impressively consistent. Sony’s first-party studios don’t fail to put up a highly-optimized game for players to experience the game without tech hiccups.

The Last of Us Part II is rather daring when it comes to its narrative. It tells a very mature tale of revenge and what the effects of civilization crashing down has brought on humanity. At times, it will push you out of your comfort zone as we see people being tortured, mutilated, and brutalized by even the protagonist herself.

It has a lengthy campaign for a linear game. Definitely longer than the first one. Despite its length, Part II will always keep you on your toes and in suspense, wondering what happens next.

The Last of Us Part II is worth your money. Whether you’re an old fan or a newcomer, this sequel has an intense story for you to experience.

The Last of Us Part II – Review
Score Definition
Almost perfect if not for the nitty-gritty. If it’s quite there but not enough to push the boundaries, it’s still an awesome game.
Pros
Intense Gameplay
Fluid Movement
Interesting Narrative
Open Environments
Cons
No Settings/Configurations to Lower Film Grain
Companion AI Issues From First Game
9.5
Excellent