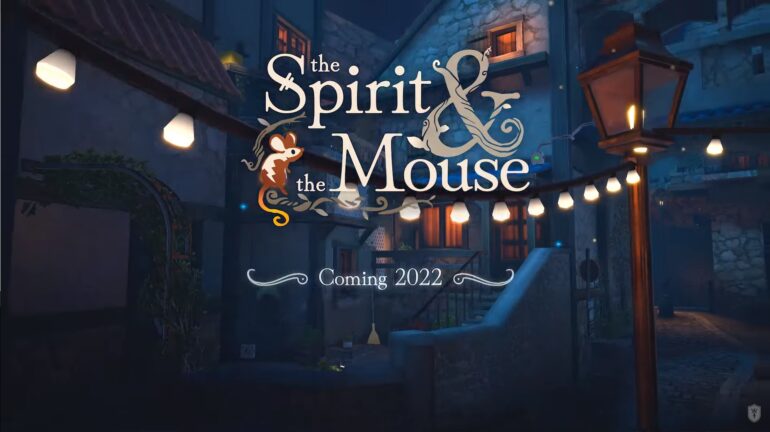 Publisher Armor Games and developer Alblune have announced that their highly anticipated wholesome adventure, The Spirit and the Mouse will be coming to the Nintendo Switch alongside its release on PC (via Steam).

Besides the announcement, Armor Games released a trailer introducing the Spirit for the first time.

Alexandre Stroukoff and Lucie Lescuyer, co-founders of Alblune said: “We are really excited to announce that The Spirit and The Mouse is coming to the Nintendo Switch! Our colorful world and characters feel right at home on this platform, and we hope the players will enjoy playing as a little mouse on the go as well as on the big screen.”

About The Spirit and the Mouse

The Spirit and the Mouse puts players in the paws of adorable mouse Lila as she explores the quiet village of Saint-et-Claire on a quest to secretly help out villagers in need, quickly learning that it’s no small feat when you’re only three inches tall.

After a fateful encounter during a stormy night, Lila meets a spirit in need of help who has no choice but to lend his powers to Lila in his place. Lila must climb, scamper, and shock her way through Saint-et-Claire on her quest to help help the Spirit Guardian Lumion and the inhabitants of the village.

Players will be transported to a lovingly-crafted French village straight out of a fairytale as they help Lila befriend playful electrical spirits, known as Kibblins, through charming quests to set things right throughout town. In this delightful experience built around exploration, players won’t find big final bosses or universe-sized threats; instead, they’ll learn that even the smallest of heroes can make a big difference.

An experience that can truly be enjoyed by all, The Spirit and the Mouse promises players an emotional and heartwarming experience that sends the powerful message that everyone can be a hero to those in need, no matter their size.

The Spirit and the Mouse is set to release on the Nintendo Switch and PC (via Steam) later this year.