The Walking Dead: Michonne: What We Deserved – Review 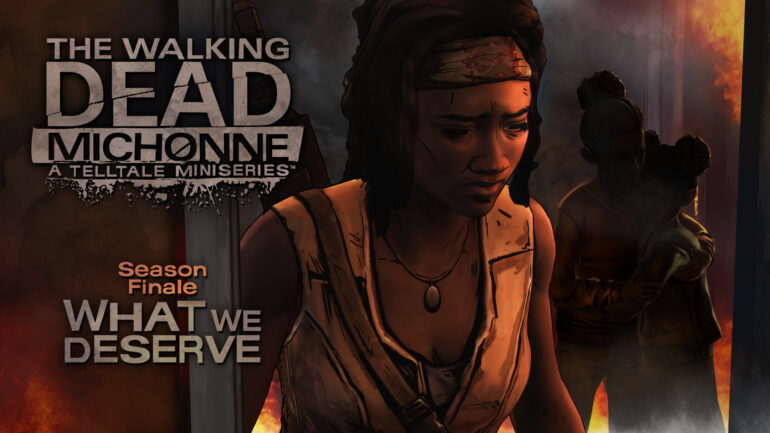 The finale has finally arrived in Telltale’s “The Walking Dead: Michonne” series, bringing with it its conclusion to the series’ trilogy. From the question-filled first episode, to the action-packed second episode, Telltale has finally brought to us the third installment in its Michonne series: a conclusion to everything that has happened in the entirety of the game’s story.

The game’s gameplay, as always, is still the same: filled with simple-ish objectives such as walking from one direction to the other, participating in quick-time events, or by simply choosing which dialogue to say to every person you encounter. The core gameplay is still there: the decision-making gameplay that enables you to, well, decide, on which actions you prefer to do, people you choose to help, dialogues you prefer to go with, and basically on how you fabricate the game’s story. Nothing much has really changed for that fact. Now, the quick-time events here in Michonne has definitely caught my eye. From my experiences in playing Telltale titles, most of the quick-time events it has is usually too fast, giving the scene an anti-climatic feel. In Michonne, though, the addition of the slow-mo to the quick-time events really amped up the scenes ‘intensity’. Action-intensity, if there was a word for it. It’s really satisfying to see Michonne cut zombies in half in slow-mo, save someone’s life in slow-mo, or even pick up a gun on the far edge of the floor… of course, in slow-mo. The addition of the slow-motion figure gave a really huge impact on the game’s gameplay. Positively, if I might say. 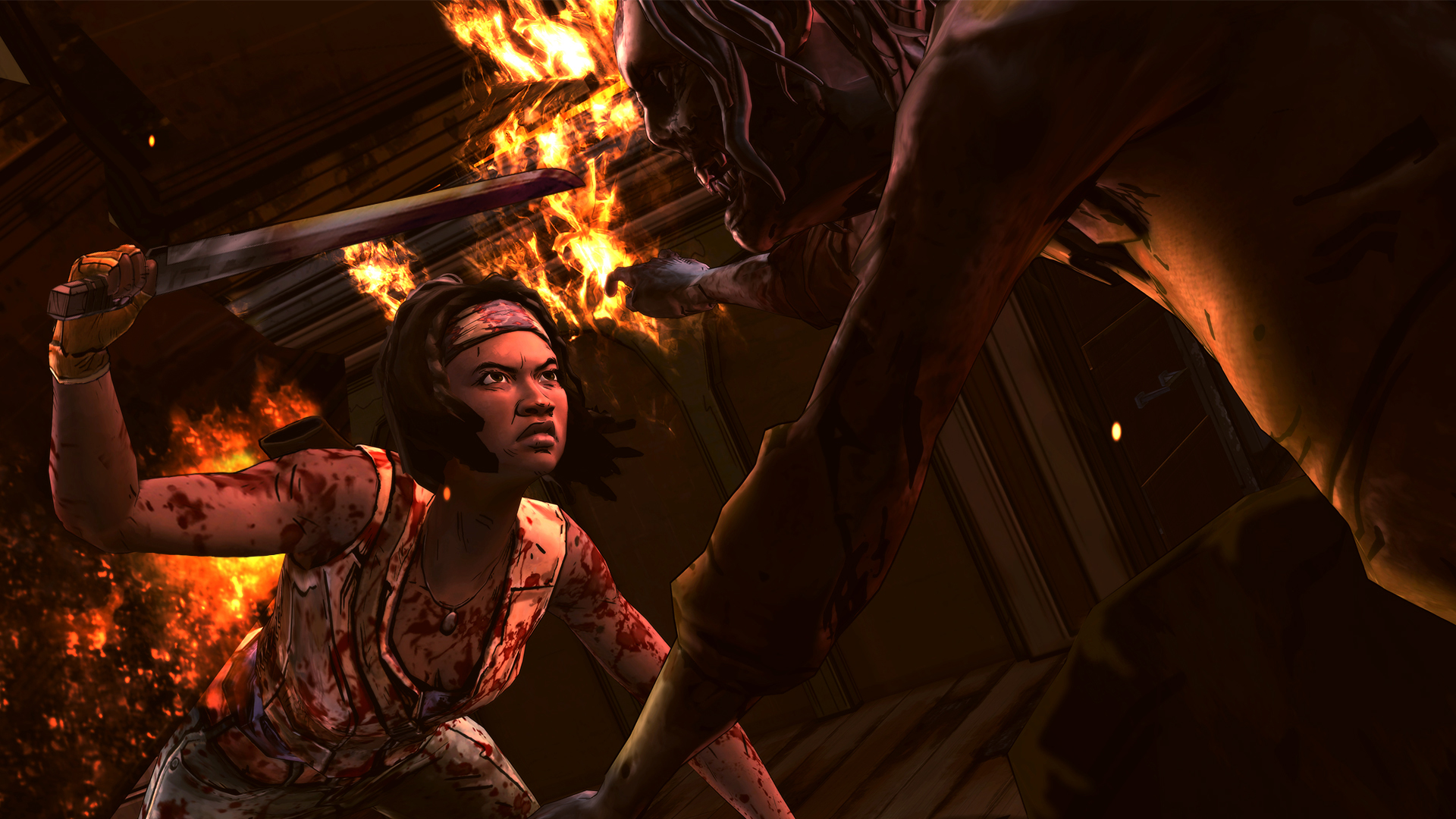 The graphics in this game still follows the comic-styled artwork from every Telltale game, and the game’s comic release itself. Telltale did this on purpose, since their main goal is “to tell you a story” (in comic style, of course). Cel shading is present, still, just like every other Telltale games. In Michonne, though, the cel shading have toned up a bit, making the game get a more ‘comic-artworked’ theme, compared to its predecessors. This decision is actually good, since the game is still sticking to its core mechanics. I might sort of contradict on what I just said earlier, but Telltale actually adapts to its game’s origin. For example, The Walking Dead titles were based from the Walking Dead comic, therefore, Telltale decided to follow the comic release, ultimately giving life to the comic. What I’m trying to say here is that, for every Telltale game, they base their graphics according to the source material they’ve acquired the game to. Definitely a brilliant idea, since a lot of people want to see their favorite comics (and characters) alive, talking, moving, and hopefully… not dying.

Now, one thing I’ve observed from Michonne is that the movements have become really smooth. Compared to the first Walking Dead, Michonne actually has improved on this one. It’s definitely a good thing, apart from telling you a story, they provide you with a great action sequence paired with sweet graphical upgrades (all the while sticking to its original content). Controls are still the WASD buttons (for navigation), and the left and right mouse buttons for aiming, shooting, and choosing a dialouge. Movement isn’t bad, either, since it already got smoothened out. Sometimes, though, the movement tend to not get too spontaneous (like that one time when I had to click the stairs to climb it, instead of just walking at it). It’s not a bad thing, but it’s definitely not good, either. Players tend to rush things, and sometimes get annoyed if they don’t get a quick reaction from the game’s environment. Apart from that, the game is brilliant, and it finally offered the answers I was looking for. 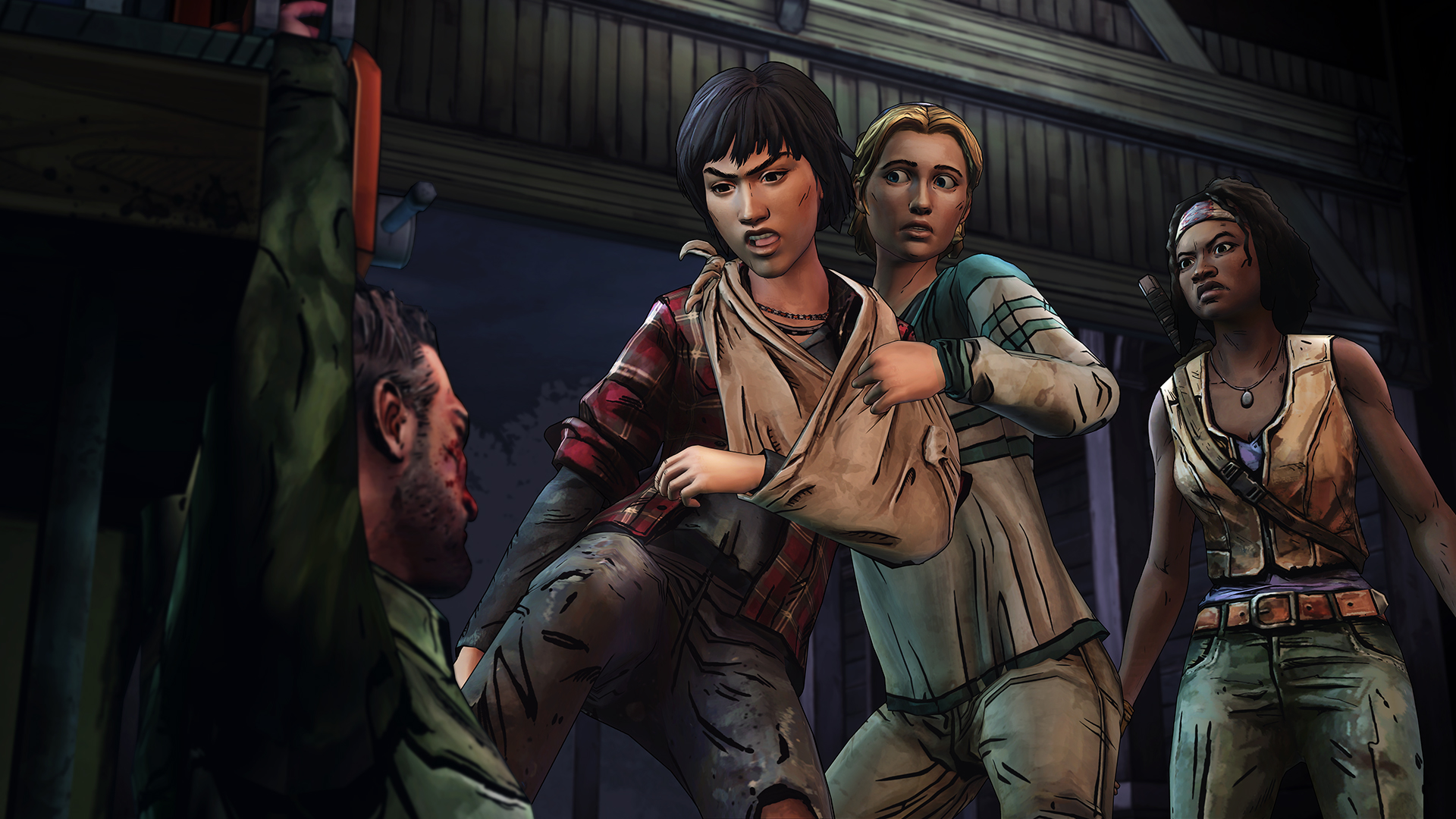 Telltale makes the best stories when it comes to the The Walking Dead series. Not only that, they managed to also keep up with their other titles. Michonne isn’t an exception from that, either. The game was action-packed, decision-packed (pun intended), touching and even heart-breaking. It is also full of twists (as always, Telltale. As always), so it really got me on the edge of my seat. The game surely, well, made sure that the player would be interested, from the very start, until the very end.