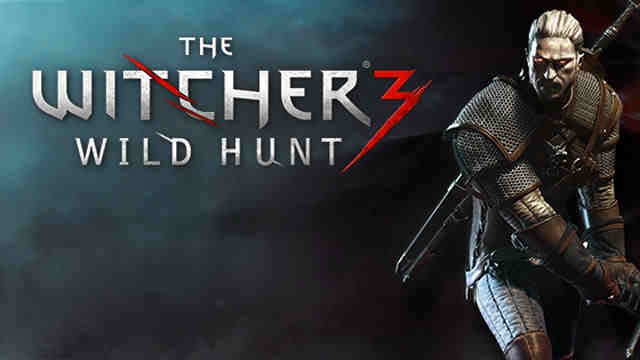 There’s no escaping from the fact that The Witcher 3: Wild Hunt is this year’s big RPG, having won over 200 awards, this mammoth game casts you in the role of Geralt of Rivia, a Witcher, and sets you off on a continent-spanning adventure that’ll see you facing down man and beast alike.

For the uninitiated, a Witcher is a kind of bounty hunter, but one that deals specifically in the killing of unnatural creatures, demonic beings, ghosts and the like. You play as Geralt, arguably the most famous of Witchers, as you search the continent for “the child of prophecy, an ashen-haired girl, a living and highly volatile weapon everyone wants to control.” 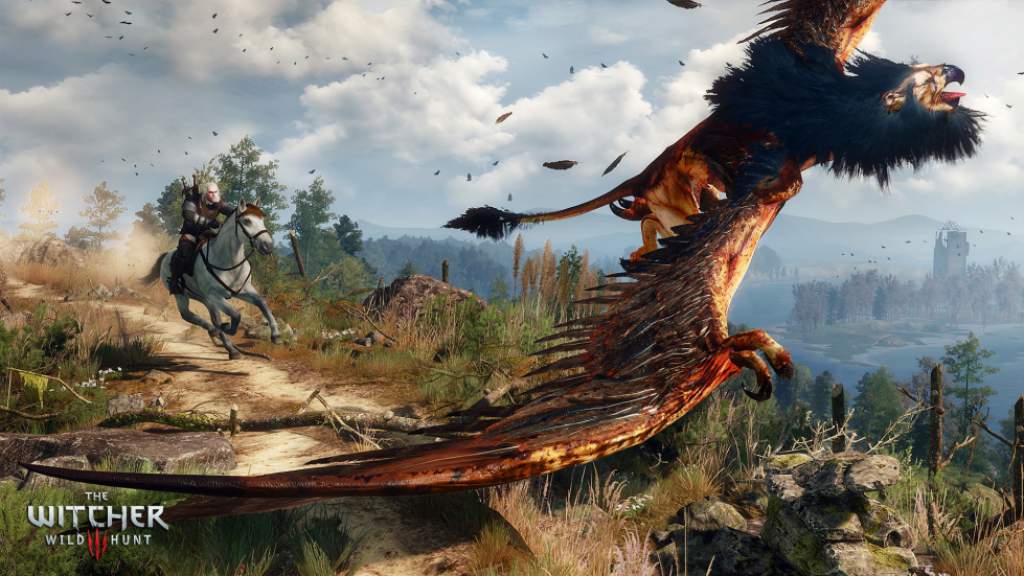 The world you explore in Witcher 3 is without doubt one of the most absorbing, atmospheric, and despite the monsters, realistic game worlds I’ve encountered. Take Velen, one of the several distinct main regions you travel to, as an example: it’s a bleak, miserable, swampy place, struggling to adapt to the outcome of a recent invasion – it delivers all this atmosphere without becoming a stereotype ‘gloomy swamp’ location. In terms of what it looks like, the closest real-world approximation I can give would be Scotland, if Scotland were much flatter and closer to sea-level; the terrain is made up of rugged heathland, lakes, bogs, etc. And yes, plenty of fantasy tropes are dotted around the landscape like mage towers, ancient caves and forts, but everything has a sense of solidity – it looks like somewhere that could actually exist. There are battlefields where corpses lay rotting, villages and cities where peasants eke out a living, forests – actual damn forests (not just impassable areas of trees added for effect) – filled with bandits and other nasties, granite boulders peeking out from dense heather, and wild dogs roaming in packs. The rain pours, the wind blows, the sun rises and sets. Solid world-building is top of my wishlist when it comes to RPGs and this game does it expertly.

And it looks beautiful on PC too, despite the uproar over the graphical ‘downgrade’ in comparison with early gameplay videos. With a few exceptions (red bricks, for example), the textures are sharp; character and object models and animations are well-realised and and let’s not forget the hair. If you’re rocking a relatively beefy NVidia card, you can even use their proprietary hair rendering software to cast Geralt in his own Herbal Essences ad… Only with more blood and death. A further staggering hair-related innovation is that Geralt’s beard grows in real time! Amazing! Jokes aside, it really is a very pretty game to look at, and well optimised too. In a time when we seem to be heading into a dark era where PC games are released with chronic bugs, The Witcher 3 is a shining example of how to launch a game properly.

As well as the main storyline, the world is littered with long branching side-quests requiring you to use your special Witcher abilities, talk to locals and cross the world on foot, horseback or even by boat. The side-quests are miniature story-arcs unto themselves, with actual impact on the game world. They’re overwhelmingly bleak and usually result in at least one unexpected death or maiming, but this fits well with the whole atmosphere of a war ravaged land. In addition, these quests far from the mmo-esque tedious fetch quests that marred the experience of Dragon Age: Inquisition. And best of all, your choices (both in action and speech) have a meaningful impact on how other characters react to you and how events pan out. Case in point: I got into a bar fight with some of a local ruler’s guards. Ultimately, I decided to murder them because they were rude, later on I earn the respect of their leader and the fear of his other guards for my behaviour – NPCS would mutter about their fallen colleagues as I passed. Even when your choices don’t impact the overall story dramatically, it’s satisfying to see then referenced by other characters.

And when these characters speak, it’s a joy. Bethesda take note: this is now you do voice acting. The cast has a range of interesting, world-appropriate accents and (in my experience so far) when there is a repetition of an NPC voice actor, it’s barely noticeable. This isn’t Skyrim. The rest of the sound too is generally first rate, with wind and rain, steel against steel, and general ambient sound all adding to the immersion and sense of being in another world. 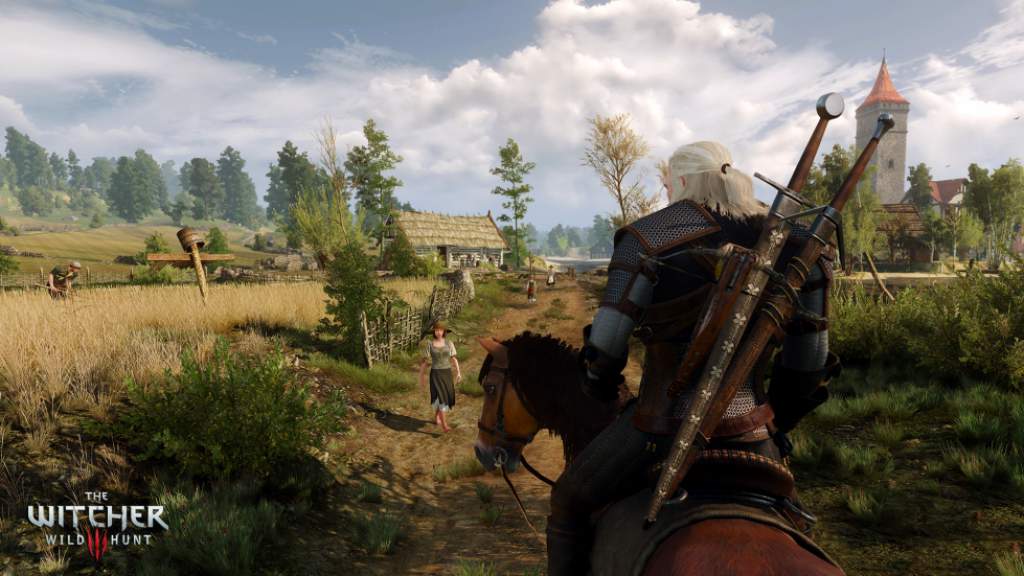 My only real grumble about this game is the combat, and I fully admit that this probably wouldn’t have come up if I was better at playing games. Fighting monsters and people can be at times be a little tricky, not from the difficultly level so much, but because Geralt’s fighting style is highly acrobatic – if you fail to lock on to a particular target, you can find yourself murdering the scenery around you and not the guys about to stab you in the spine. I also find switching between Signs (Geralt’s semi-magical abilities) in combat can be a little fiddly; it works much the same way as the weapon wheel system in GTAV – with the action slowing down almost to a pause as you enter the quick-select menu – but I quite often find myself thinking I chose a certain Sign, only for nothing to happen. I think this is because rather than just highlighting the Sign required, you have to highlight and then click it. You can avoid this process altogether by using the mouse wheel, so this is probably more a case of me getting used to using the controls more effectively than a major flaw. One minor, additional complaint I have is that weapons and items seem to wear out very quickly, meaning regular boring trips to a blacksmith.

*That being said, despite its flaws the combat is far superior to the original Witcher game and Witcher 2.

Overall the game’s difficulty level is slanted somewhat towards the harder side, it’s not exactly Dark Souls, but it can take a little while to get used to, especially if you’re a bit inept like me. This is by no means a bad thing, in fact, it’s a good thing, but when looking at the difficulty settings, think of them as one level above the usual, so ‘Easy’ would equate to ‘Normal’ in most other games, etc.

It’s also very hard to play the game properly without making full use of Geralt’s abilities, you’ll need to become proficient in alchemy, explosives and general crafting; this is a game that really does reward character mastery – knowing which potions to brew, what items to use, etc. Again, not a complaint, but unless you’re playing on easy, don’t expect to just steamroll through it.

Despite my minor complaints regarding the combat and the (massively inflated) controversy over the graphical downgrade, The Witcher 3: Wild Hunt is a staggeringly accomplished game. The developers, CD Projeckt RED should be proud of what they’ve created. I just hope that others are paying attention.