Geralt's family is back together for another season of The Witcher 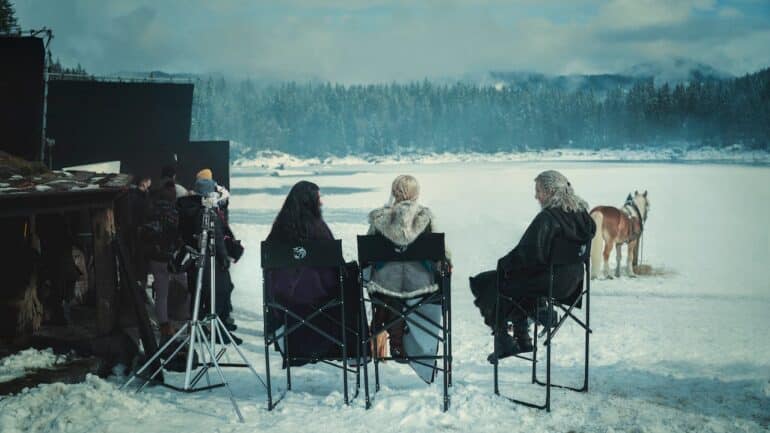 Netflix has recently announced that the production of The Witcher season 3 has started. The news first broke when the streaming giant’s Twitter account shared a photo taken from the set of the show.

The photo itself doesn’t really tell much. We can see Gelalt (played by Henry Cavill), Ciri (played by Freya Allen), and Yennefer (played by Anya Charlotra) sitting in the middle of a showy field as the production team beside them set up the next scene.

As monarchs, mages, and beasts of the Continent compete to capture her, Geralt takes Ciri of Cintra into hiding, determined to protect his newly-reunited family against those who threaten to destroy it. Entrusted with Ciri’s magical training, Yennefer leads them to the protected fortress of Aretuza, where she hopes to discover they’ve landed on a battlefield of political corruption, dark magic, and treachery. They must fight back, put everything on the line – or risk losing each other forever.

The third season of the Witcher Netflix series is based on the second novel in the Witcher saga. It will focus on the rising tension between the Northern Kingdoms and Nilfgaard. Additionally, the reason why The Witcher season 3 was delayed was because of COVID-related issues.

There’s no confirmed released date for when the third season is coming out. However, The Witcher: Blood Origin is set to release later this year. The six-part prequel will show the origins of the first Witcher.

In other news, the next Witcher game is currently in production.