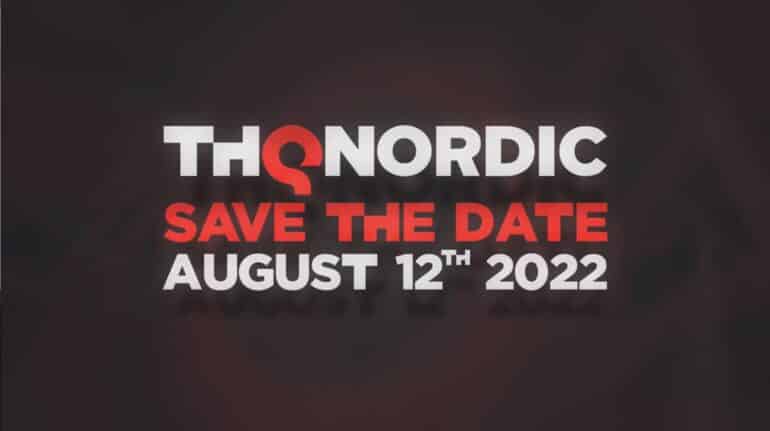 Publisher THQ Nordic has announced that its Digital Showcase will return again for a second later this year. With the schedule wide-open this year after E3 announced that it was going to skip 2022, publishers are now looking more into hosting their own digital events. At least we have something to look forward to after Summer Game Fest 2022 this June.

Like the year before, THQ Nordic went to social media and announced a schedule for broadcast on Friday, August 12th, 2022. THQ didn’t elaborate on the announcement. All we know is that they want us to “Get ready for new game announcements and updates on previously announced titles.

A pre-show featuring the latest titles from HandyGames will take place before the broadcast.

“The company will present several, brand new games, expanding the company’s portfolio into new genres with both licensed and original gaming experiences,” said THQ Nordic in the announcement. “Gamers can look forward to everything from intense, dark, and gritty to light, colorful, and just plain fun! In addition to loads of announcements and first looks, we will be providing updates on games like Outcast 2 – A New Beginning and Jagged Alliance 3!”

One update that everyone will no doubt be looking toward is anything related to Destroy All Humans! 2: Reprobed. As far as we know right now, we haven’t had any news on the state of the game. The Digital Showcase is the perfect venue to give an update on the game. Might be the reason why they’ve held their cards so close to their chest this entire time. Oddly enough, Destroy All Humans 2 is nowhere to be seen in the reveal trailer.