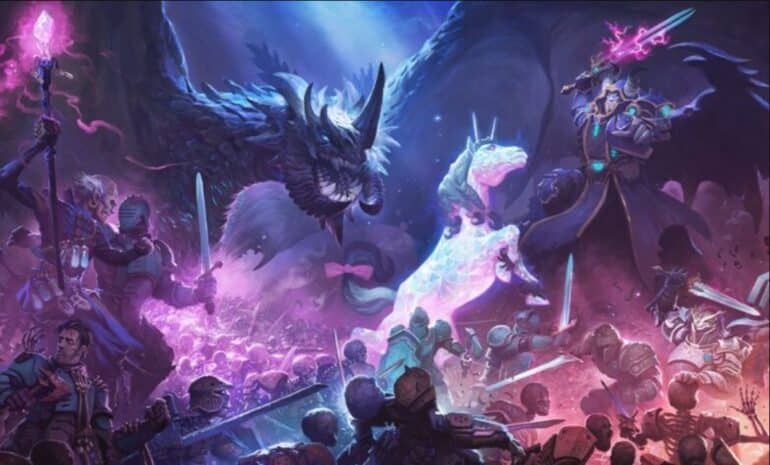 Tiny Tina’s Wonderlands makes a significant departure from the previous Borderlands games in that you can customize your character’s backstory and earn hero points throughout the game that can be applied to one of six different stats, each of which improves a different aspect of your character’s performance in the game. This more closely resembles the gameplay of Borderlands 2. RPGs with a lot of depth

Your backstory is etched in stone, just like your primary class. Although it is impossible for you to change your origins, you have the power to influence your future. You can subsequently use hero points to improve your initial stats based on your backstory.

Hero Points in Tiny Tina’s Wonderlands lets you specialize your character in certain aspects. It’s like a character sheet where you spent your points on very classic Dungeons & Dragons attributes. These Hero Stats influence your damage abilities and cooldowns.

Once your class and starting look are locked in, you can further tailor your build by tinkering with your starting stats.

You will have 10 hero points on each attribute as a baseline which means that it doesn’t have a positive or negative impact on your character. So if you have less than 10 points, your character will be lacking in that department. This means that for example, your magic spell takes longer to recharge.

All Attributes in Tiny Tina’s Wonderlands

There are six basic attributes you can influence during character creation, listed below along with their gameplay effects:

If you have high Strength, your critical hit damage will be higher. For wreaking havoc, this is a wonderful option.

Critical Hit Chance is influenced by the Dexterity attribute. This implies that each weapon has a crit probability, and that increasing your Dexterity increases your ability to trigger that chance.

How long it takes for a Spell to cool down depends on your Intelligence attribute. Increasing your cooldown rate would allow you to cast magic spells more frequently.

Your Status Effect Damage is affected by the Wisdom attribute. If you use the correct type of Elemental Damage, you can increase your damage output. Increasing the damage your Status Effects do can be a huge advantage later on.

Max Health/Ward depends on your Constitution attribute. A tanky character can benefit from this.

The Action Skill Cooldown Rate is affected by the Attunement attribute. Your character’s ultimate strike is defined by their action skill, and being able to swiftly regain that ability is a huge victory.

How to Get Hero Points in Tiny Tina’s Wonderlands?

Tiny Tina’s Wonderlands rewards you with a Hero Point for each level you reach. You gain an additional Hero Point when you reach level 20. For as long as you play, you’ll keep accumulating Hero Points until you reach the Maximum level of 40.

What are Twist of Fate Character Backgrounds?

Each Twist of Fate Character Background has a unique Stats benefit, with some lasting throughout your playthrough.

Using your Fatemaker’s backstory, you may gauge how well he or she does in each of the six character attributes. Your first 10 hero points can be used as soon as you’ve chosen your Character Background.

Here are 5 Twist of Fate Character Backgrounds that you can choose from including the bonus stats they give:

The Village idiot is the Definition of all brawn and no brain. You’re great at dealing massive amounts of critical strike damage, but your shortened spell cooldown means you’re less effective when using spells.

Being Nimbe boosts Crit damage, but it also reduces your HP, making you vulnerable. Monsters can easily drop you to the ground dead.

In terms of Elemental Damage and Magic Spell Cooldown, Nerds are supreme. However, when it comes to Critical Hit Damage and Chance, Nerds lag well behind the competition.

In terms of action skill and magic spell cooldowns, you’ll do well as a Packrat, but your Base Critical Hit Chance will suffer, and your health will be decreased.

When dealing elemental status damage, the Savvy personality type excels. However, your base health/ward and Crit chance suffer as a result.

Choosing the best Fatemaker Backstory relies on your class and play style.

As a result, your initial stats will be defined by your lore. You could get a head start in the right direction by making the right option. Fatemaker, be careful in choosing your backstory!

If you like this guide, check out our other Tiny Tina’s Wonderlands articles here.