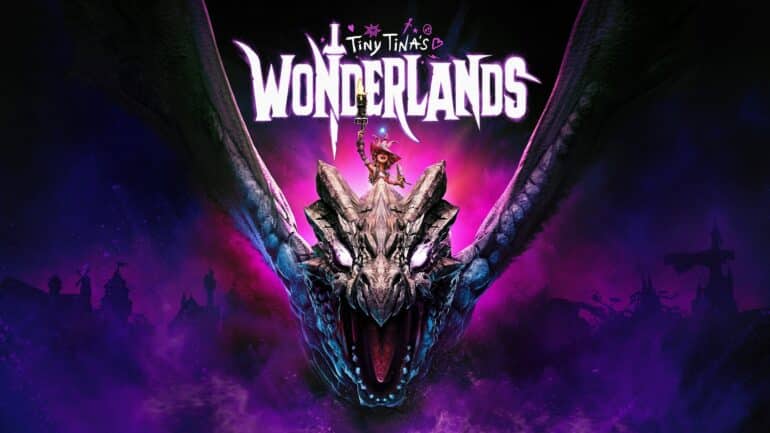 When I first played Tiny Tina’s Assault on Dragon Keep almost ten years ago as an expansion to Borderlands 2, I knew that Gearbox had tapped into something special. Borderlands, of course, is everyone’s favorite wacky looter shooter that set the stage for games like Destiny that gained prominence during Borderlands’ 7-year hiatus. Assault on Dragon Keep was an expansion pack that took a detour from Borderlands’ usual Mad Max-inspired world in favor of a high fantasy setting framed around our main characters engaging in a game of Bunkers & Badasses, the Borderlands universe’s equivalent of Dungeons & Dragons.

With Tiny Tina’s Wonderlands, developer Gearbox revisits the world of Bunkers & Badasses, telling one of the best stories in the Borderlands universe while incorporating RPG mechanics into its gameplay systems that flesh out the existing Borderlands formula. Wonderlands hardly does much to push the looter shooter genre forward but accomplishes enough to make the aging conventions in the Borderlands series enjoyable once more.

One of the most appreciable changes to the signature Borderlands style is how Tiny Tina’s Wonderlands’ writing flows so much better than in previous titles. Sure, Borderlands carved out a name for itself thanks to its sophomoric humor, taking aim at anything pop culture-related, and it will always be a staple of the series. Though, by the time Borderlands 3 rolled around, I was tired of fart jokes and references to bacon as the cause for laughter. Wonderlands is a step in the right direction by keeping its writing and humor focused squarely on poking fun at fantasy tropes and putting a Gearbox spin on the genre.

Tiny Tina herself plays the Bunker Master, narrating the story and guiding players through her Cheeto puff-covered tabletop world. The developers at Gearbox are clear fans of D&D, managing to replicate the feel of a real D&D game in Wonderlands excellently. Complete with all the banter and side talk that comes with a D&D game.

However, the true core of our Bunkers & Badasses tale is a cast of excellent heroes and villains with some of the best writing the series has had in a long time.

Wonderlands delivers a rather compelling central antagonist named simply the Dragon Lord. While not as iconic as Handsome Jack, he is every bit as quirky and self-aware as any other Gearbox written character. He is fun to hate as he develops his motivations to antagonize our main characters and turns their game of Bunkers & Badasses on its head. Making fun of our characters and fantasy villain tropes the whole time.

In Borderlands 3, I had felt like Gearbox was trying too hard to capture the magic that made the characters in previous games so charming. With Wonderlands, Gearbox has steered the ship in the right direction thanks to some of the strongest writing and characters in a long time.

Although if you have ever found Gearbox’s typical humor and style of writing annoying, Tiny Tina’s Wonderlands likely won’t do much to draw you in. Otherwise, Gearbox’s signature off-beat humor and wacky characters feel very much at home within a fantasy world narrated by someone as erratic as Tiny Tina. Obviously, Borderlands has never been grounded in reality, but when you blow the absurdity out of the water with skeletons, Dragon Lords, goblins, and fairy punchfathers then Gearbox’s style of writing has a true chance to shine. An absurd world for an absurd story.

Gluing the world of Wonderlands together is a great fantasy setting complete with an Overworld, various NPCs, and dungeons for the player to explore. As a nice touch, the player explores the Overworld as a painted miniature version of themselves. The Overworld is a fun concept that removes the long stretches of vehicle traversal from previous games while also being a neat way to keep the tabletop immersion going.

The Overworld structure does have its pitfalls when it comes to dungeons and random encounters though. These instances often end up being repetitive endeavors. Each dungeon and random encounter winds up being an arena, or sequences of arenas, where players fight off waves of enemies until the encounter is complete and the player can collect their desired loot.

At first, this was fun, but quickly these instances became a chore and something I would rather skip altogether. Tiny Tina’s Wonderlands has a great concept with its Overworld, but the most exciting parts of the game still lie in the major locations where you will complete side quests and shoot monsters.

From a graphical and artistic perspective though, Tiny Tina’s Wonderlands looks immaculate thanks to great level designs and a colorfully realized fantasy setting. Gearbox always made the Borderlands games look pretty good despite the drab color palette and dusty vistas. Gearbox’s cell-shaded art style and colorwork can withstand the test of time, though, with Wonderlands, I wished that they had been making games in this setting all along.

Every new location pops with color and is a spin on classic fantasy settings that fans will surely enjoy. From Skyrim-like snowy mountain tops to Morder-esque lava pits, Wonderlands keeps its various environments feeling new and exciting.

Going into Wonderlands, I had grown quite tired of the Borderlands style of gameplay, believing the series to be stale at this point. Despite Borderlands 3’s best efforts to try new things such as multiple active abilities per character or featuring a more interactive environment, it still felt like a retread of a game I had played almost a decade ago. I lost interest early on.

Wonderlands is in many aspects the same game like Borderlands 3, primarily in its satisfying gunplay and loot grind, but manages to add enough new elements to make the gameplay loop engaging again.

Tiny Tina’s Wonderlands’ most significant contribution to Gearbox’s longstanding looter shooter is the addition of a complete character creator with a fleshed-out RPG class system. This new system of character building is an excellent evolution of the leveling system of previous games featuring more options and opportunities to make a character tailored to the player and how they want to play.

Class options include Stabbomancer, Clawbringer, Brr-zerker, Spellshot, Spore Warden, and Graveborn, with a mechanic early in the game allowing players to mix their class with another. Some classes even have AI companions like a small dragon or mushroom that will aid you in a fight and bring more life to your build. I had a great time mixing my initial Clawbringer with a Brr-zerker to create a Hammerzerker with the power of fire and ice at his fingertips.

New to the game are spells that take the place of grenades from previous games but are a welcome addition. Spells operate the same way as standard loot; players pick up new spellbooks off the ground and swap them around as they find better ones. They are genuinely one of the most exciting items to pick up in Wonderlands due to their variety and the fun of discovering what new animation comes with your new spell. When coupled with various class skills and abilities, players will find that shooting isn’t the only way to kill everything in this fantastic universe, which is the key to what makes Wonderlands fun to play.

Borderlands’ typical gun extravaganza has been significantly toned down for Wonderlands, and it is clear that is by design. There is still more loot than you could ever want in this game, but I often mixed and matched attack strategies ranging from spells, abilities, melee, and shooting instead of defaulting to using my gun loot as my first and last line of defense.

Adding variety to your arsenal is where Wonderlands finds its fun and makes the changes it needs to reinvigorate my interest in the series, even if it still feels like a Borderlands game at the end of the day.

More evolution than revolution, Tiny Tina’s Wonderlands makes enough changes to Gearbox’s looter shooter formula to feel fresh and wonderful while still tethered to the mechanics and limitations established by Borderlands almost a decade ago. Classes, spells, and RPG-style mechanics present new options for players hopping back into the satisfying first-person shooting that the series is known for. However, where Tiny Tina’s Wonderlands truly shines is in its superb setting, well-written characters, and off-beat writing that feels right at home within the framework of four friends playing a game of Bunkers & Badasses. 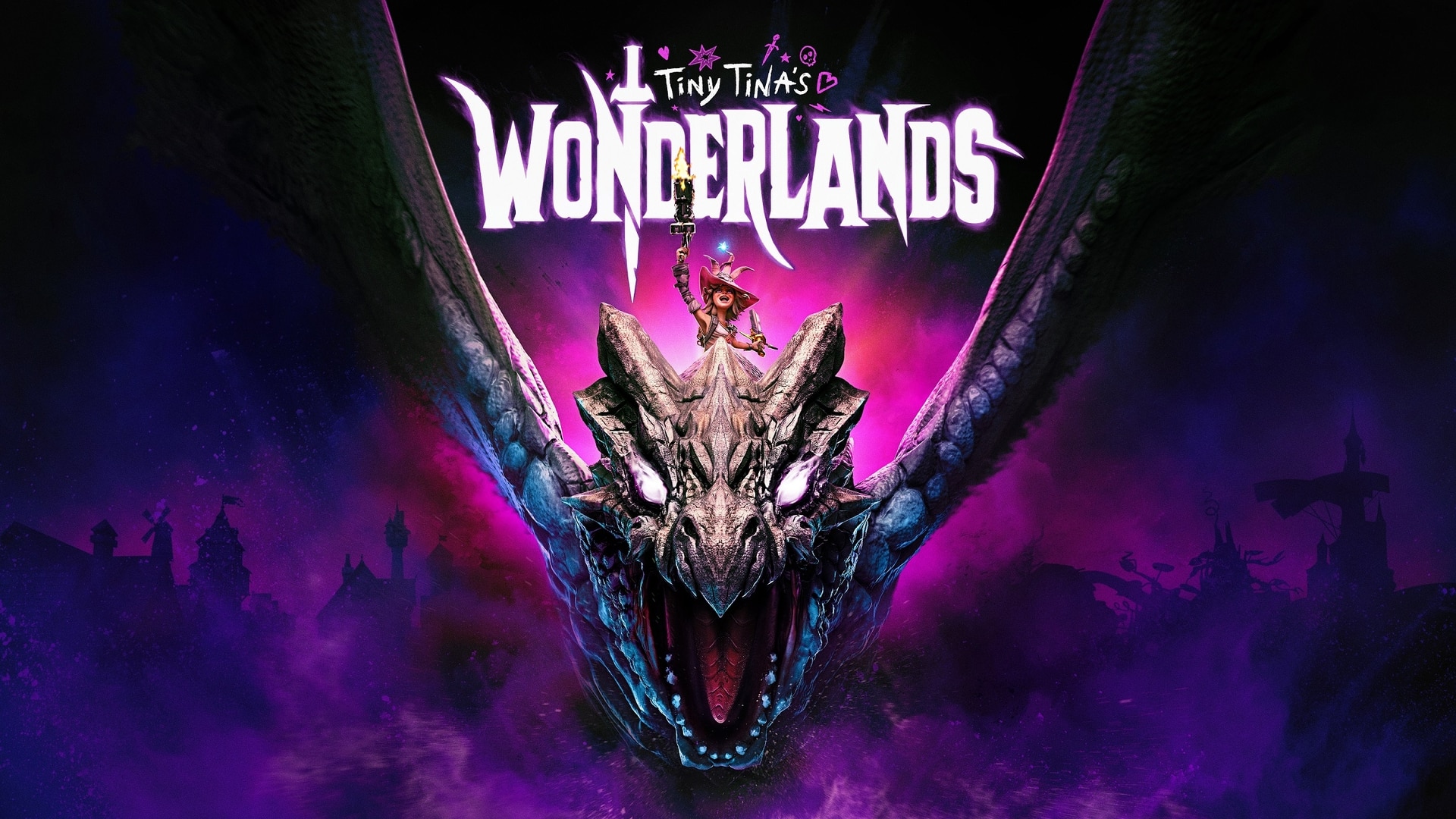 Tiny Tina’s Wonderlands – Review
Score Definition
When the issues of a game are rolled and stomped by its greatness, then it’s something to invest on if you have some spare.
Pros
Great class and subclass system
Fantastic setting
Fun story and good characters
Great gunplay
Cons
Still largely the same gameplay loop as previous entries
Writing won’t be for everyone
Repetitive dungeons/random encounters
8
Great