In celebration of the 30th Anniversary of SNES's US launch 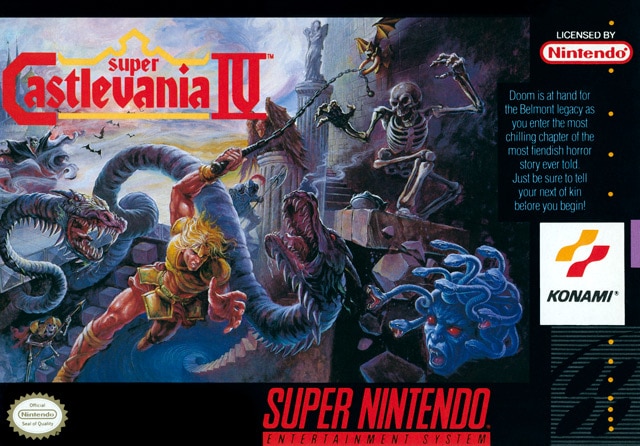 Whether you’ve owned the rounded and colorful Japanese one or the North American grey box, you can’t deny it has given us countless hours of fun memories. In this anniversary post to celebrate the SNES and its 30th Anniversary since its release in the United States, we take a look at some top 10 titles that it had during the height of its heyday, the era we fondly look back on and called the “Bit Wars”. This will be a fun ride of memories, so let’s get ready to jump right in. A little disclaimer: This isn’t my personal top 10 (otherwise you’d be scratching your head or going “Huh, so he played it too.” on me.) games/series, I’m just taking some of the best games the system had to offer. In no particular order. And with that out of the way, let’s roll.

This classic CAPCOM Beat-‘Em-Up is a hot magnet for kids and adults alike who just wanted a good action-packed game. Due to restrictions on the cartridge at the time, Guy wasn’t included on the SNES port and had to be released in a different title on the first game known as Final Fight Guy. All three are in the SNES Library, serving as a contender against SEGA’s Streets of Rage titles, with both series neck-and-neck the whole time.

The first of its titles has you playing as Cody, Haggar and later on as Guy, the second one you might know from a CAPCOM fighting game known as Saturday Night Slam Masters or Muscle Bomber (depending on your region or the console of the shop you’re renting from), they laid the beat-em-up character variation of one with balanced stats, another being the heavy bruiser, and one more being the combo-centric technical one. Overall, it’s a solid game series worth playing through.

This Nintendo racer (aside from Super Mario Kart) is a fun entry into the genre, but takes a lot of effort to master completely. Featuring three cups with the same amount of difficulty choices, F-Zero is a good change of pace in a zero-gravity racing game that always keeps your adrenaline pumping. With four F Zero machines like Blue Falcon, Golden Fox, Wild Goose and Fire Stingray offering various types of play styles, its replay ability is quite high for a retro title, even on the SNES. It’s also in this Nintendo series that Smash Bros. fighter Captain Falcon first made an appearance.

The next entry is Konami’s adrenaline-filled shooter entry on the SNES. With this entry, I’d say we go by the JP canon of the game, which will help piece together the story more. Set in A.D. 2676, Demon Emperor Gava came back for the third time to attack humanity for invasion of the Earth (at the time).

The rush of the gameplay underlines that Gava is absolutely and royally PISSED at the Earth by now and is sending his full force to annihilate every human and scorch everything to the ground. Fun fact is that the JP version (Contra Spirits) is a lot easier than the US version, a testament on how hardcore the fanbase is on that side of the world.

This is a game by ENIX/Quintet, which puts you in the role of The Master or God in the JP version, which explains the Angel assistant better. Mixing both platforming hack-and-slash and management like The Sims, this game offers a good variation on the shift between both and have you enjoying the run for hours if you want to occupy each and every open spot in the simulation parts, while the hack-and-slash parts are fun and great with matching soundtracks.

Another remake of the first Castlevania (like Vampire Killer on the MSX and Haunted Castle on the Arcade), this rendition of Simon Belmont’s quest to destroy the evil Count Dracula who has been revived offers, in my opinion, the best gameplay to the Retro ‘Vanias.

The level of control you can have over Simon levels the challenge of the game really well: You can walk up stairs facing the other direction in case an enemy is in said direction, using the sub-weapon is relegated to the R Button on the SNES controller, a great addition which time has forgotten. One more example of the great level of control you have over Simon is the multi-directional whipping instead of just one like in the other games before it since enemies in this game come from a lot of directions or some of the spots the whip needs to hook onto could be set in an angle before you can swing to another platform.

This game. Just, this game. It shows how dark Metroid can be, and runs with it, not to mention it has a great soundtrack, well-done controls, and an atmosphere that lets you drown in it and love it too. It puts you in control of Samus Aran, who has set out to recover the kidnapped Baby Metroid she found in Metroid II: Return of Samus on the original Game Boy, leading her back to the planet Zebes where the first game took place, only this time, it’s a lot more serious. Just like in Super Castlevania IV, Samus has been given the ability to Moonwalk while charging or firing her beams.

This has got to be the other iconic Street Fighter II before Super Street Fighter II came along. The gameplay is solid, the soundtracks are iconic, and the noises that the characters make are recognizable from anywhere. A staple of rental stores or game shops at the time of its release up to Super II’s arrival, it was at the middle of every arcade feud or the start of every rivalry, especially among the more competitive players at the time. Whether it’s the SNES port or its rival, this game has always part of the heart of the fighting game community.

Ah, Chrono Trigger. With art done by the mangaka of Dragon Ball, Akira Toriyama, a gameplay that could be either Active (enemies freely attack) or Wait (like every other JRPG at the time), a timeless soundtrack and a story offering multiple good and bad endings, this game boasts truly high replay value. The story is more than enough to keep you on the edge of your seat at the most tense of moments, make you tear up at the sad parts, and make you laugh when you get Robo-Rolled.

Legend of Zelda: Link to the Past

Released as the third entry in Nintendo’s Zelda series, A Link to the Past puts you in the shoes of a different Link as you unravel a conspiracy that is crippling both Light and Dark Worlds as you attempt to rescue Princess Zelda from the grip of the evil wizard Aganhim and the Demon King Ganon. The top-down view returns from shifting into the side-scroller style that was implemented in its predecessor, and the world-shifting mechanism allows you to experience a different and much-more-difficult Hyrule. This entry was so loved that it saw a port on the Game Boy Advance and a sequel on the 3DS.

Last on the list, we have Final Fantasy. Released as Final Fantasy III in North America and VI in Japan, I personally owned a cartridge from years ago. You take on the role of Terra (NA)/Tina (JP) Branford, an amnesiac girl who got her Slave Crown broken after an encounter gone wrong.

The story is long but well-written, the plot entries sometimes made me shed tears, the music is well-made and goes well for the situations, and the game itself is where the series, in its entirety, have peaked. After this, I haven’t seen any other Final Fantasy character outrun a train, turn around, give it a SUPLEX, and outrun it AGAIN.

Final note: Get Gogo. Gogo is the best of the cast.