These aren't your typical hidden gems 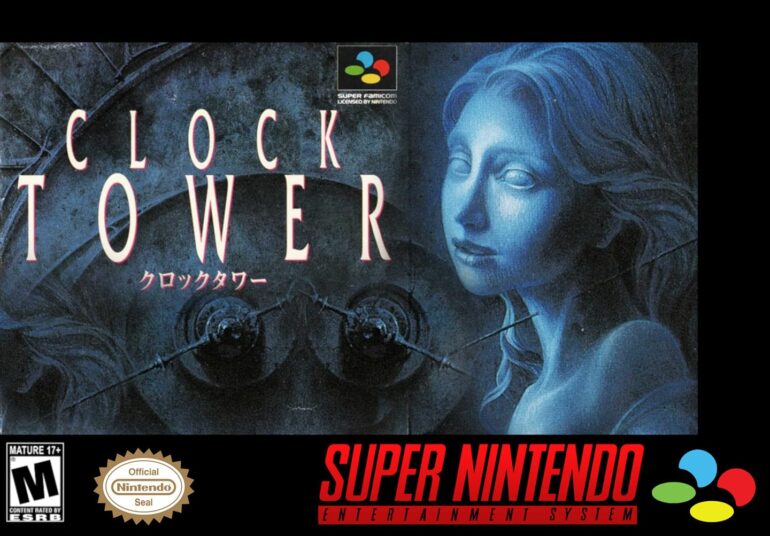 Alright, it’s been a while. Last time, I reported on the SNES All-time Greats and gave them a quick rundown. Now, let me guide you into the underbelly of the SNES game library, where the obscure, yet amazing games rest silently. By obscure, I mean those that flew under the radar or never saw a Western localization, whatever the reason. With that out of the way, here we go!

Also known as Hagane: The Final Conflict, it is a game by CAProduction and published by Red Entertainment and Hudson. The game was released in Japan in 1994.

Starring the titular character Hagane, who is a cyborg ninja. This intense game is a whole different level of experience that can only be seen in similar games like Ninja Gaiden, where knowing the pattern through a cycle of memorization and quick reflexes can help you through the game. The gameplay is nice and tight, the controls responsive and quick, the music is great and fits all the stages well.

Definitely a worthy addition back then to obscurists and collectors’ libraries who like fast-paced, heart-pounding action.

Knights of the Round

This CAPCOM Beat-‘Em-Up is not that known unlike its cousin; Final Fight, but it’s a solid game that uses the lore of King Arthur’s creation of the titular Knights of the Round. The game was initially released for the arcades in 1991, and was later ported onto the SNES in 1994.

You play as one of three characters: King Arthur, Lancelot du Lac and Sir Percival, once again embracing the trio type of characters. King Arthur has equal stats across the board, evident in his growth as you gain levels throughout the game. Lancelot du Lac is the speedy fighter that is pretty fragile and not much power, but he is fast. Sir Percival is the powerhouse of the team as he stands tall and wields a large axe and deals the most damage but is as graceful as Christopher Belmont from Castlevania: The Adventure.

Made by Horisoft/Hori Electronics Incorporated and published by Atlus, (Yes, THAT Atlus.)

Run Saber is a hack-and-slash game that feels like its more famous similarity, Strider. But don’t let that pigeon-hole your view, Run Saber has a bit more to offer like powerups on both attacks and your life meter, being able to gather a lot of screen-wide special attacks, with Allen (the male Saber) attacking up front with a side slash and Sheena (the female Saber) slashing upwards. Allen’s special attack is a giant electric dragon that dances across the screen while destroying all enemies present, while Sheena causes an ice storm that throws diamond-shaped ice crystals around and does the same. Both have an attack that looks like Samus’ Screw Attack as well, which is key for platforms with enemies on them.

The music throughout the game is ear candy, from the first stage to the last and the boss theme keeps you on your toe.

The King of Dragons

Made by Capcom and was initially released in the arcades in 1991, this game is another good entry into the Beat-‘Em-Up genre they helped popularize. It was later ported onto the SNES in 1994.

Set in a fantasy world not unlike Dungeons and Dragons, this game has 5 classes you can pick from – Elf, Wizard, Warrior, Cleric and Dwarf. Each with their own playstyles and advantages. The Elf has a bow, Wizard’s special attacks cost a bit less, Warrior’s the balanced fighter and in a weird way so is the Cleric, while the Dwarf is the miniature powerhouse of the entire group.

The gameplay is nice, the levels are short and sweet with fun boss battles at the end.

Released in 1994, this Space Western-style shooting gallery is a fun game that saw a remake on the PS4, Switch and PC, but we’ll be talking about the original SNES port.

The game stars Annie and Clint, a girl seeking revenge for her slain brother and a gunslinger she hired against a crazy mix of bandits and giant mecha that is ruled over by a gang. The fun of it all is that the action is tight, the music underlines how intense the gunfight is and how over-the-top the boss battles are.

Natsume truly delivered on their slogan, which is “Serious Fun”.

We’re now delving into the deeper underbelly. So why not let a fun Legend of Zelda-ish game greet us?

Gunman’s Pride is a great game made by Lenar and published by ASCII in 1997 with a weird premise from the get-go. In 1880, two meteors landed in the Wild West in America, in a place called Strange Island, to which people paid no mind as they had other things to worry about. Sometime later, some masked goons with strange monsters started kidnapping people with said goons looking like Shocker Troopers from the original Kamen Rider show, complete with the salute. And they’re aliens.

After you start the game, the introduction shows a third meteor landing next to the kid you named and shows that it was a miniscule spaceship with two space sheriffs onboard, a red alien named Zero and a blue alien named Garo. That’s where they place in all of the premise of the story – Demi, a Space Outlaw was chased after by Mono, a Space Sheriff which would explain the two earlier meteors.

Design-wise, it looks a lot like A Link to the Past, but the gameplay is improved upon. The wackier story is a good addition too. It’s worth a playthrough. Or a hundred.

This game is amazing. The tense atmosphere, the creepy music, the appearance of the Scissor Man, all of it. Made by HUMAN Entertainment for the SNES in 1995, this Survival Horror game predates Resident Evil by 1 year, and is twice as scary.

The graphics emphasize the dark dreary mansion, the scares, the traps that could trigger at any moment, while the music frames the presence of Scissor Man incredibly, so does the tense music when he does appear.

We are hitting the big leagues with this one.

Majuu Ou is a game by KSS, and released on the SNES in 1995. The game puts you in the shoes of Abel, who is looking for his wife and daughter, only to find out that they were used to resurrect the king of demons from his traitorous friend Bayer. From there, you will wade through the corpses of every demon you kill in order to rescue your daughter from the clutches of the king of demons. Every boss you kill holds a power-up, which is a gem that allows you access to a demon form, of which there is 4 in total, the last you unlock on the path to the true ending.

With two difficulty settings and two different endings, replay value is high. Check it out, it’s worth it.

The first entry into the obscure “Lemele/Remeer Saga”, made by Produce! and Enix, this game introduces you into a world inhabited by monsters and demons brought about the existence of Gorsia (Satan in the JP Version), 7 warriors chosen by Saro (God in the JP Version) were trained by King Lemele himself to go and search for 7 Runes.

With 7 characters meaning 7 storylines, this game’s replay value is really high, not to mention the switching identity of a hidden enemy in the course of the game with the exception of two of the disciples.

The gameplay is your typical turn-based JRPG, but with only you or one companion if you’re lucky, you have to really understand the mechanics of the game to fully make the most of your experience. Play it to see what I mean.

Ah yes, my personal favorite. Dark Half was released in spring of 1996, made by Westone and published by Enix on the SNES.

In this game, you switch between Rukyu, the recently-resurrected Demon King and Falco the Holy Knight. The story intertwines between the two wonderfully with each chapter you unlock. The main challenge of this game is planning your course of actions, as going through the overworld and engaging in combat drains your Spirit Power, which once it turns to 0, you will inevitably die so you’d have to keep on moving smart with a game plan, either killing enemies repetitively as Falco or feeding on the souls of people as Rukyu.

Save Points also give you a considerable boost in Spirit Power, just enough to give you a bit of breathing room as you perform a cycle of exploration and dying just to get one step further than before until you reach one of four endings, and with 100 hours at least to go through, replay value is incredibly high.

The grim music from start to finish underline just how bad their world is, too. Even the ending music is grim, if not even more so that the music you hear from the game. To this day, I still hope to see a modern remake of this game.