Top 6 Games from the ‘Tales of’ Series 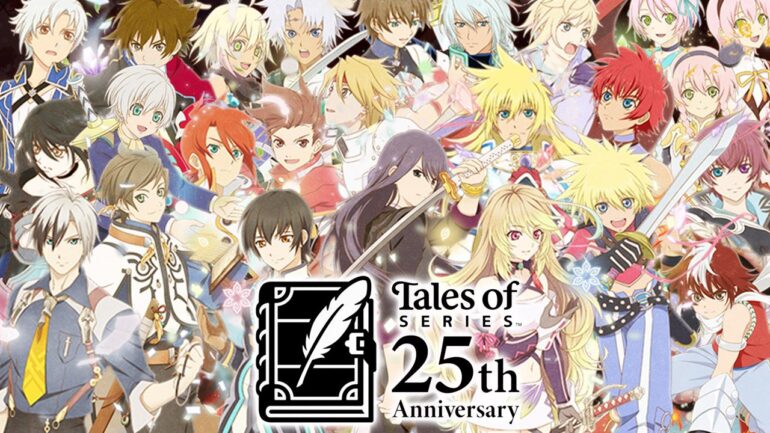 Bandai Namco’s Tales of series is one of the biggest franchises in the world of JRPG. It has released numerous games on different platforms and created a world of wonders and expectations for many fans, cosplayers and gamers alike. As we celebrate its 25th anniversary this year and with the new game, Tales of Arise, launching this September, we will be giving the fans our top 6 Tales games that we have enjoyed over the years.

This is the 13th game of the Tales series that was released on September 8th, 2011 in Japan and later released for the West on August 6th, 2013 for the Playstation 3.

It is set on Rieze Maxia, a world where humans and monsters coexist with spirits. The spirits support human civilization by granting wishes, such as the ability to channel mana as spirit power, and in turn, are protected by those wishes. The most powerful of these spirits is a being called Maxwell, though its true nature is unknown.

In Rieze Maxia, there are two main countries vying for supremacy. Rashugal is an empire with a long history whose free use of spirit power has granted it incredible majesty and prosperity. Auj Oule is a developing country whose power is derived from the control of monsters and the might of its military.

The Tales of Xillia was one of the biggest games that Tales has to offer considering its scale and it being unexpectedly unique from its predecessors. Due to the amount of sales, Sony awarded Tales of Xillia the Gold Prize during the PlayStation Awards and also received the User’s Choice award from the PlayStation Awards online poll. Because of this, the game quickly received a sequel that took fans by surprise.

Set in Elympios, which currently remains in harmony with Rieze Maxia. However, due to the two world’s differences in culture and terms of opinion, they also remain in opposition. Elympios is a highly technological world where its residents live in prosperity. The residents of Elympios continue to fear the people of Rieze Maxia. Going so far as calling them “monsters” due to their ability to use Spirit Artes, which are rare skills in Elympios. After the events of the prequel, a large sum of mana explodes due to the destruction of the Schism, a barrier that separates Elympios and Rieze Maxia. The explosion causes the Lilium Orbs to overload with mana and stop working. However, by feeding the orbs using elemental energy through a mana-absorbing spyrix, they become functional once again, albeit differently. These orbs are later called Allium Orbs.

The game has received a lot of high praise, especially for the many fans, and has proven to be one of the most commemorative of the Tales series. Many fans, including myself, continue to beg BANDAI NAMCO to make a remastered version for the PS4 and PS5.

Tales of the Abyss

The 8th Tales game published and developed by Bandai Namco was considered one of the best in terms of both as a game and anime. It was released in 2005 for the PS2 and later remastered for the Nintendo 3DS in 2011.

The game takes place on Auldrant, a planet composed of elementary particles called fonons. For most of Auldrant’s history, only six fonons were known to exist, representing the elements of Shadow, Earth, Wind, Water, Fire, and Light; however, a seventh fonon, Sound, is a fairly recent discovery. Its discovery brings great chaos: using this newest Seventh Fonon allowed one to read the future. One such Seventh Fonist, Yulia Jue, puts in place a future for the world for thousands of years to come, with the promise of unlimited prosperity at its end. This prophecy of the future’s set path becomes known as the Score and is documented on fonstones scattered throughout the world.

The nations of Kimlasca-Lanvaldear and Malkuth have fought over the fragments of these tablets for generations, with the other uncovering them and hoping to discover the future before the other does. Meanwhile, a holy order emerges dedicated to the reading of the Score and keeping the peace. This Order of Lorelei is headed by a Fon Master and maintains religious, political, and military branches. Finally, the Score and its promise of prosperity lead to a dangerous complacency within the general population of Auldrant. The slaughter of an entire people living on the island of Hod and the destruction of that landmass are countenanced because it was predicted in the Score.

During its time, Tales of the Abyss was one of the most anticipated JRPG games released for the PS2 and was given a chance to be shown as an anime, debuting with wondrous scenes for many to watch. During its release, it sold almost 734,000 copies worldwide and was awarded as one of the Top 100 games of all time in 2006.

Tales of Berseria, the 16th Tales game, takes places in a world known as Desolation, specifically in the Holy Midgand Empire, a powerful country that rules over Desolation’s archipelago of a continent. The game’s world is shared with Tales of Zestiria, though these events occurred in the distant past.

There are countless islands dotted all over the map, and yet Midgand’s rule crosses even the seas. Regions of land in the game are divided into territories. Along with humans, one of the other main races are the malakim, supernatural spirits whose wills are sealed and used by humans as slaves to utilize their magical abilities after being made visible to even normal humans due to the Advent, an incident three years prior to Velvet Crowe’s escape from the prison island of Titania.

The game received high praise and was even nominated by the National Academy of Video Game Trade Reviewers Awards in 2018 for Performance in a Drama and in Song. Personally, the game of Beseria was a work of art as it created a new wave of high expectations for its successor and continues to be one of the most popular JRPG games of all time.

Tales of Symphonia is the 5th Tales game which I personally consider one of my Top 5 Nintendo GameCube games of all time. It was released in 2003 for the Nintendo GameCube and the Playstation 2. Soon afterwards, it received a remastered version of it for the PS3 and the PC.

The game begins in the world of Sylvarant, a land that is dying due to a steady loss of mana, an energy source that is needed both for magic and to support life itself. As crops begin to wither and hardship sets in, the people turn their hopes to the Chosen, a servant and messiah of the Goddess Martel, who can reverse the ills of the world by completing the Journey of World Regeneration. In order to regenerate the world, the Chosen must travel from continent to continent, awakening the Summon Spirits that sleep at ancient shrines known as “Seals.” With every seal released, the Chosen comes closer and closer to becoming an angel. Once the Chosen fully transforms into an angel, the world will be regenerated.

During its release, it received a lot of high praise, especially from Nintendo players, and was named the Best GameCube Game of July 2004. It was later nominated for the year-end “Best Role-playing Game” award across all platforms. Not only that, it has appeared on many top game rankings and received a Japan Game Awards in 2003 for excellence. It has also appeared in many adaptations in manga, audio CDs and especially in animation as an OVA series.

Vesperia takes place on the planet Terca Lumireis. The people of Terca Lumireis have come to rely on blastia, an ancient civilization’s technology, with a wide array of necessities such as providing water, powering ships, or creating barriers around major cities and towns to protect them from monsters. The Imperial Knights and guild members also use bodhi blastia to enhance their abilities in combat. The blastia, created by the elf-like Krityans, are fueled by a substance called aer that lends its power to the blastia’s ability, but can be fatal to humans in large concentrations.

Tales of Vesperia is very popular even today for its gameplay and its story content. The game has sold almost a total of 250,000 copies in Japan and was nominated by Famitsu as one of the top selling games of all time for the PS3 and Xbox 360 ahead of such games as Star Ocean: Last Hope and Blue Dragon. In 2019, when the Tales of Vesperia Definitive Edition was announced and released on many major platforms like the PS4, PC and Nintendo Switch, it sold almost 500,000 copies. It continues to be very dominant in sale reviews.

With all these Tales game that we have chosen, we of Sirus Gaming are glad to feature these games. Tales of Arise, the next and newest Tales series, will continue to featured here on Sirus Gaming so stay tune for more interesting articles and guides about the game in the near future.