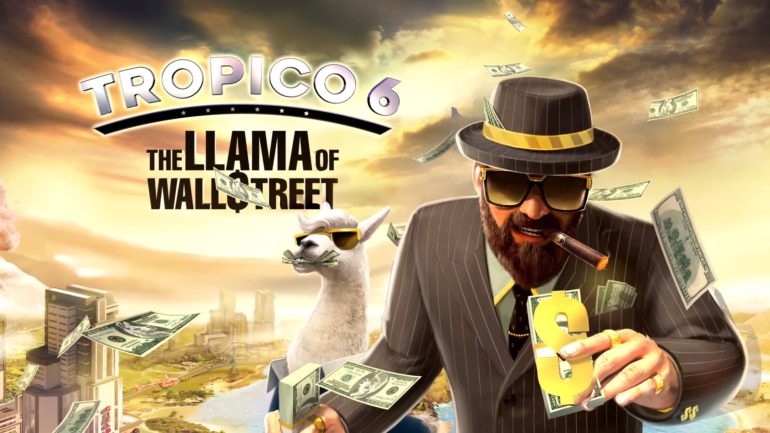 Tropico 6 DLC is a Wolf of Wall Street parody

This is the first paid DLC for the simulator after a series of free updates were released over the last several months since its launch last March. This is now launched together with the seventh free update called the Seguridad Social update.

The DLC is called The Llama of Wall Street, which is a clear parody of the famous and controversial film Wolf of Wall Street. El Presidente is going financial now with the new Trade Institute building enabling stock market manipulation. There are also other new buildings added like Toy Workshop and Smart Furniture.

Aside from the new buildings, there are new random events and expanded gameplay mechanics. These mechanics can make the goods’ prices to fluctuate, trade gets an impact, and trends change.

The full game is now available on PC, PlayStation 4, and Xbox One.