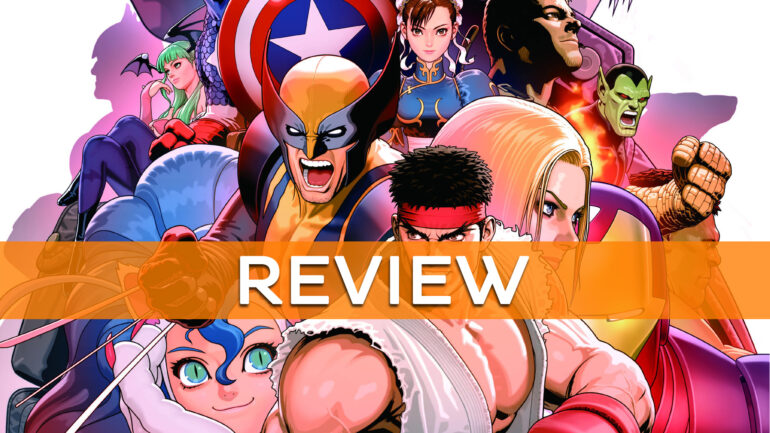 The “Versus” franchise is a line of fighting games that holds a place near and dear to my heart from my childhood. Every time someone asks me about this franchise, the first memory that comes to mind are the PlayStation ports of both X-Men vs Street Fighter and Marvel Super Heroes vs Street Fighter from my collection.

I remembered doing training modes to practice my bread and butter (BnB) combos or reflexes when it comes to the defense game plan of my playstyle, and my various attempts on taking on the arcade mode where I try to take on Apocalypse, who is the final boss in both games I mentioned. Years later after the PlayStation release, I remembered playing Marvel vs Capcom 2 back in the arcades where the arcade scene was still alive and white-hot from back in the day where people will have to wait for their turn as they watch fellow players duke it out while showcasing outrageous combos and hype inducing comebacks running wild where the crowd goes crazy if a player wipes out two characters from the other player’s team of characters that was used throughout the duration of the match.

The short version of this intro sums up to one word: Nostalgia. Welcome to the world of the Versus series, ladies and gentlemen! Get hyped!

Released as Marvel versus Capcom 3: Fate of Two Worlds (the vanilla Marvel vs Capcom 3), Ultimate Marvel vs Capcom 3 is the standalone update of MvC3 with a lot of adjustments, new characters, new move-set and rebalancing of all the characters featured in the game. The new characters added in the roster are Strider Hiryu, Nemesis T-Type, Phoenix Wright, Hawkeye, Vergil, Nova, Ghost Rider and Iron Fist. I am happy to say that these guys are fun as hell to play with and that explains the number of people using these characters too.

For people who are not aware of the Versus series’ mechanics, the gameplay involves three characters from two teams which is very reminiscent of the gameplay system of Marvel versus Capcom 2. Players must utilize and go crazy with the tag team assist system to lay waste on the player’s enemy team of characters used. Just like every fighting game, you have a health bar for every character in the game and a bar which shows the amount of energy remaining to use for characters to perform Hyper combos and Ultimate hyper combos (this special combo can only be performed when your bar is on Level 3). 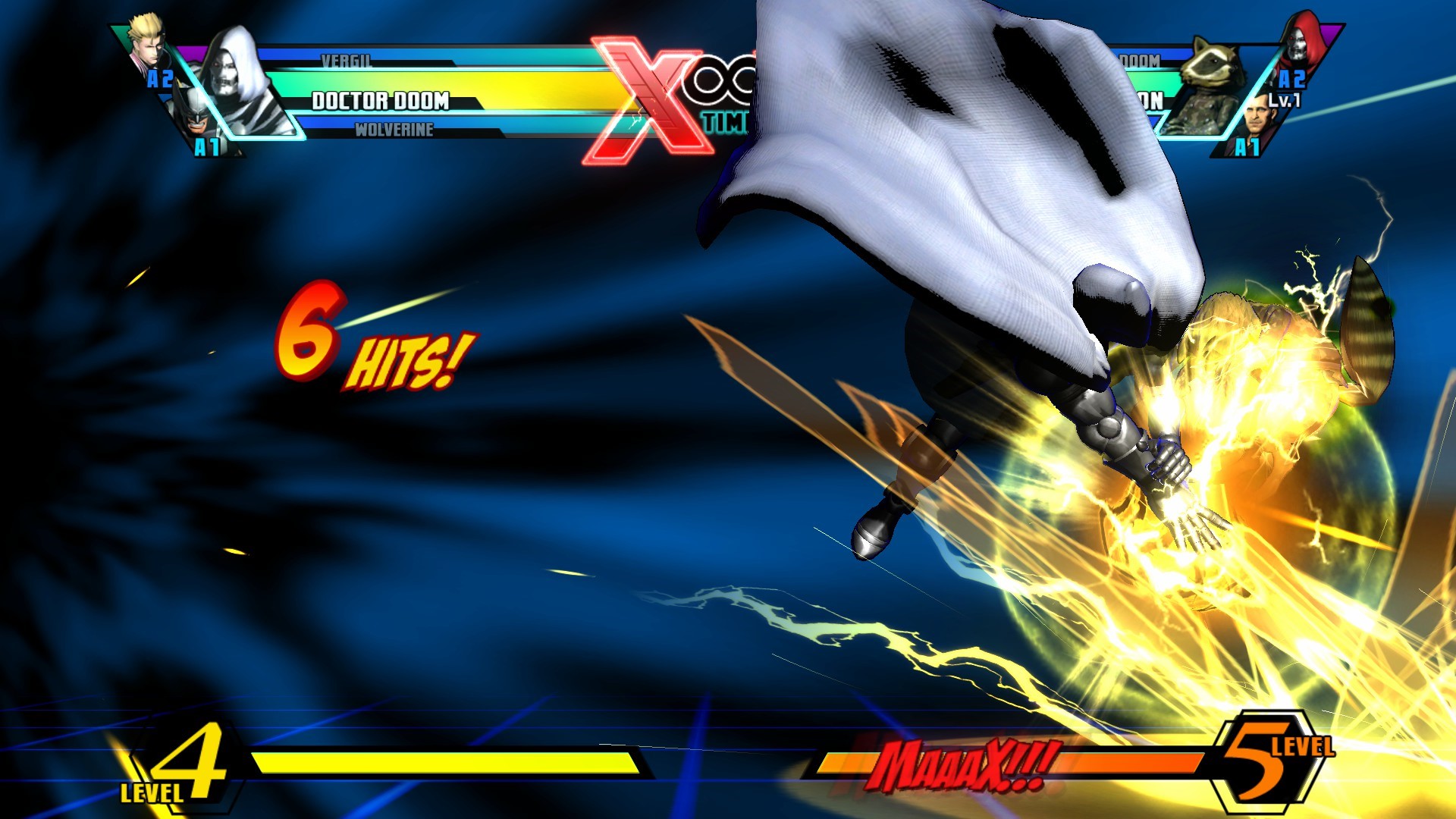 An interesting feature that makes this game very different from the rest of the series is the X-Factor. This is a feature that is activated when you press all attack buttons at once to enable your character’s health bar to regenerate, move faster, and make your attacks more damaging. The themes of partnership and working together are very rampant in this game too because you are required to use the assist system to protect the characters you are using against the enemy’s team. This harkens back to the days of X-Men versus Street Fighter where this feature has been introduced. The roster of Ultimate Marvel vs Capcom 3 expands to a total of 64 characters and that counts to 32 characters from both sides of the coin.

Just like every other fighting game, this game has modes but they are very limited. Ultimate Marvel vs Capcom 3 is very barebones when it comes to the amount of content. You only have the essential modes which are the Arcade mode, Mission mode, Training mode and the Versus mode of the game. The multiplayer mode is busted because of the game’s terrible netcode. I personally have a love-hate relationship with Ultimate Marvel vs Capcom 3 because of this setback but this makes it a lot more addictive when you are a fighting game tournament scene player like me because of the amount of reward you gain when you religiously practice.

However, this is a very bad idea when it comes to practicing to getting better which is another gripe I have when it comes to fighting games in general. In short, the netcode and the online mode of Ultimate Marvel vs Capcom 3 is a complete mess. For the common fighting game fan, this is not a good thing because of the lack of content in this game and this kind of player can easily bored with the game. 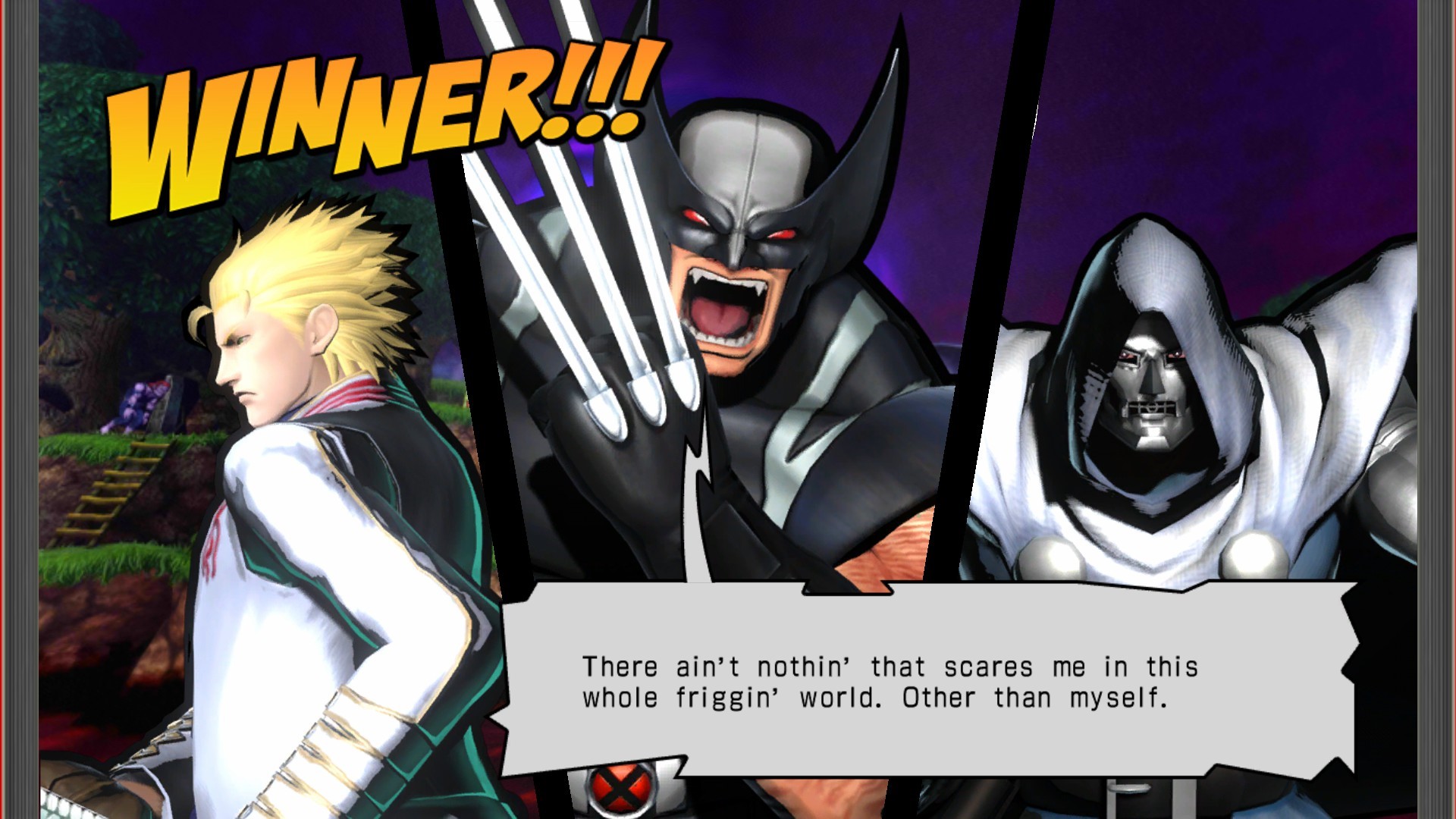 During the development of Ultimate Marvel vs Capcom 3, the developers of the game decided to go for a cel-shaded graphics engine to fit in with the comic book style atmosphere. In usual Versus fashion, you have characters from the Marvel comics and various characters from different video games developed by Capcom.

Sound design in the Versus series is what you have expect it to be. It is the soundtrack and sound effects that makes Ultimate Marvel vs Capcom 3 one of the many fuels for adrenaline. The voice acting in the game manages to make this game a lot more memorable with the likes of Steve Blum providing as Wolverine, Josh Keaton as Spiderman, D.C Douglas as Wesker and a whole lot more. Speaking of the music, a lot of tracks from older Versus games make a return which serve as tickets to “nostalgia express”. Such example is the theme song of Wolverine from Marvel versus Capcom: Clash of The Super Heroes which is rebuilt and covered as a heavy metal influenced track which suits the character himself; then you have various tracks from Marvel Super Heroes making a return such as the theme song of Captain America and a whole lot more.

Ultimate Marvel vs Capcom 3 is a one way ticket to nostalgia express if you are a fan of the Versus series. However, this is a flawed experience for you if you are just a common gamer because of its limited content and bad multiplayer. If you are a hardcore fighting game fan or a competitive gamer, then this game is a must buy where you consider the amount of nostalgia looming in this game as it harkens back to the days of X-Men versus Street Fighter. For $40(PHP679.00), this is not worth the price tag if you are a common gamer like 95% of the gaming community due to the amount of DLC that has been locked in this game after the Capcom Day-One On-Disc DLC controversy from games such as Street Fighter X Tekken, Dragon’s Dogma and other games.