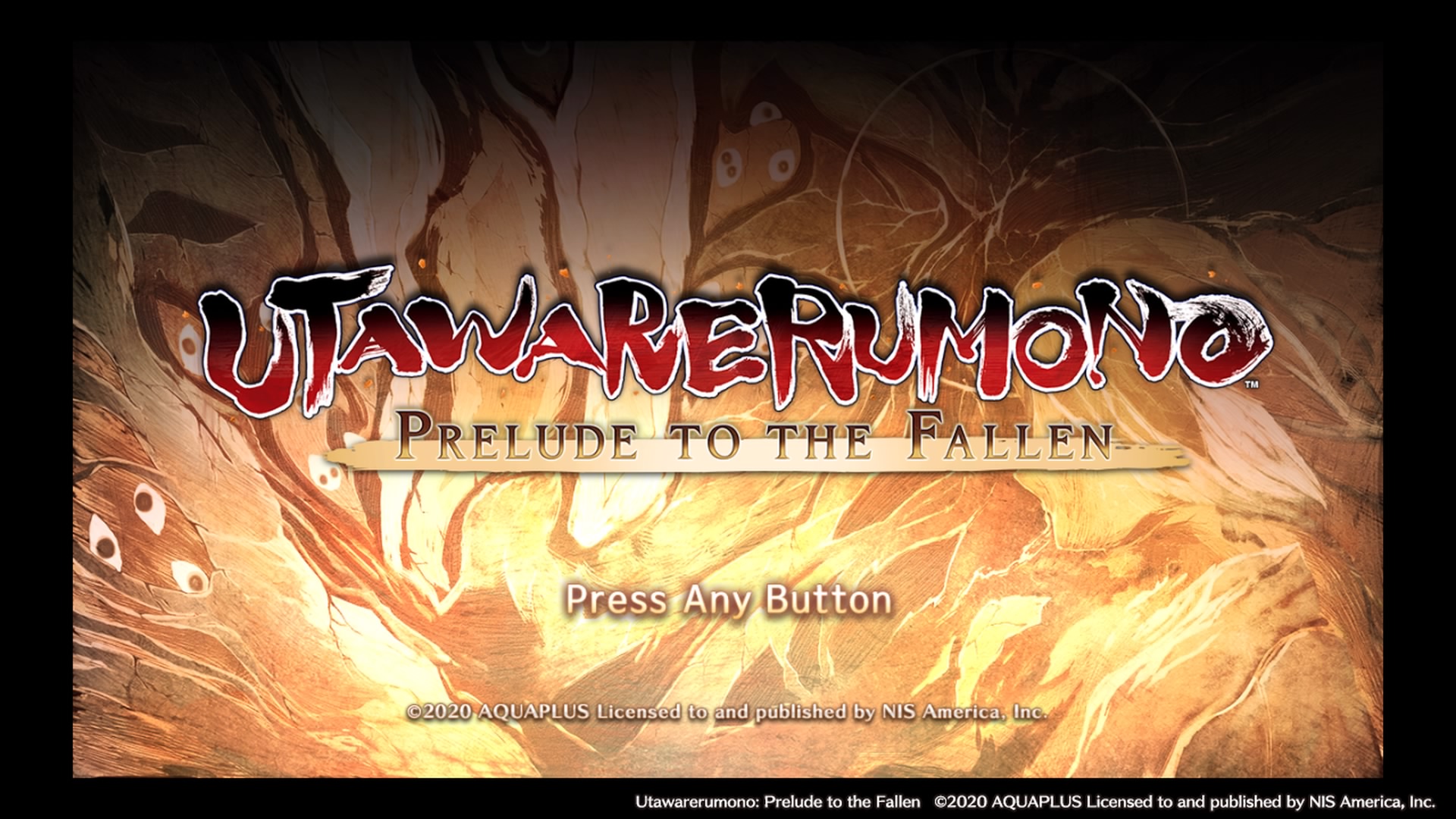 Utawarerumono Prelude to the Fallen – Review 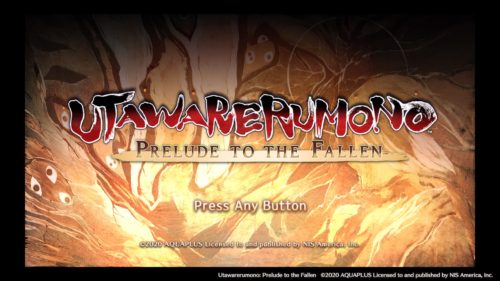 Combining the narrative prowess of visual novels with tactical RPG gives you this beautiful video game: Utawarerumono – Prelude to the Fallen. This game is filled with so many tales of its characters, kingdoms, villages, and more and pairs it with revolution, rebellion, and wars. Now that it has come to the PlayStation 4, the game has improved in so many ways compared to its original version and port.

Utawarerumono – Prelude to the Fallen has a deep lore that you would get lost in it if you do not pay attention to its explanations scattered in different dialogues across the whole story. These critical details range from the gods who created their world to the sacred beings that reside in deep forests and the villages who worship them. If you are a person who would have a hard time remembering a lot of information, then you should stay away from this, or else you would be surprised with the turn of events in certain chapters.

Our story begins with one human with a strange mask, broken in so many places, and unable to move who was rescued by a girl with animal ears. He decides to live in that peaceful village and when he was able to get stronger, he starts to work and come up with ideas that would help it thrive. All of that hard work was destroyed by rebellion, revolution, and war.

The game has such a deep narrative with so many sub-stories that are so rich in detail, dramatic, heartfelt, and great character development. This is how visual novels are usually anyways and it is not strange for it to be so detailed. It does have quite a slow burn at the beginning, unfortunately, which forces you to skip some audio if you read fast just to keep the story going. If you keep it on auto-mode, the first few chapters will at least take you more than 3-4 hours to finish, so be warned. The first few battles are too easy, you might say they are boring, which makes it hard to keep you entertained and continue the game. Once you get past that and you start your first war, this is where the story picks up. There is also the problem of in-between stories that feel like filler arcs or waste-of-time mini-stories of certain characters. It dampens the excitement and gets boring after a few dialogues. It does pick up again when you move on with the narrative.

Utawarerumono – Prelude to the Fallen gameplay is fun enough to play with its tactical RPG mechanics with the addition of a few features unique to this franchise. It is like a chess game, comparable to Final Fantasy Tactics or Tactics Ogre. You move around characters like chess pieces, set them nearby enemy units, attack them at command, and end your move. You can use items to heal wounds, use weapons to boost attack power, increase defense, add poison damage, and more. Characters can be positioned and changed before going into battle.

The game has a few unique mechanics. When you attack an enemy with a melee attack or heal your allies, there are certain rings that will appear on the screen that you need synch with by pressing the cross button. Getting the timing right will earn you bonus points for a certain bar that can activate special skills. It is still okay not to time it right because it activates the next hit.

Special moves are unleashed by a character with a full Zeal bar (colored green when not full, shining yellow when it is), which unleash a lot of damage or double the healing power depending on the character. Combo attacks involve two characters that have 75 percent Zeal bars and when they are nearby each other can unleash their unique special attack that can cover a lot of ground and unleash a lot of damage or heal characters and cure status effects. They are pretty handy combos when your team is in a pinch and you need to either have crowd control or heal a lot of characters.

Players have their own elemental affinities, which gives them additional damage if their affinity is stronger than the enemy. The opposite is also true, which means if their affinity is weaker, they get double damage as well when they get hit. You can also rewind the game to a certain turn in order to change tactics if it failed the first time. Characters do not have permadeath in this game, but the ability to turn back time is handy at times especially if that certain character has high stats.

The downsides of this game are the lack of job/class change feature and second skills. Characters are forced to stay with their current classes and the warriors do not have other active skills that can be used to gain the upper hand in battle. You can either hit the enemy with a melee weapon or heal with the item you are carrying, which is limited to two only. Characters only have passive skills, which can be handy, but the lack of active ones makes battles lackluster in variety. The unique features make up for this, but it just feels it is missing something that I usually expect from strategy RPGs.

The music in Utawarerumono – Prelude to the Fallen is not that bad, but it is not that good either. It just fits the narrative and gameplay. It does get mundane in the long run, which gets me pretty sleepy especially when it gets so repetitive in tactical RPG mode. In visual novel mode, on the other hand, it sets the mood and perfectly times it with certain scenes when needed. Most scenes have voiced dialogue, which is surprising for such visual novel types. Unfortunately, it seems the quality checkers have not completely checked for bad translations. For example, there was one scene that the main protagonist casually cussed in a very sensitive scene that made me jump from my chair in surprise. It was so out of place that I had to keep a screenshot of it as a memory, and yes I will not share that here. Translators, please check your work, you might just make a poor reviewer choke in their own coffee.

Visually the game is beautifully drawn in visual novel form with artistic scenes. I have not seen a scene with bad design so far. In strategy RPG form, I was surprised that they did not cheap out on visuals. Even if it is far from other cell-shaded video games like Tales of Berseria or Guilty Gear, the 3D models are animated so well that you would be impressed by how they move. Also the special and combination attacks are so well-designed that I consider them the highlights when going into battle. They are my favorite scenes to watch.

Players are allowed to replay story battles over and over again to gain experience, bonus points, and the items that you have not earned yet the first time. You can also train your characters so that you can earn a small amount of experience, bonus points, and get rewarded by a bundle of items. Replayability is high in this game with this function.

Utawarerumono – Prelude to the Fallen is just like any visual novel that I would recommend. It might have a slow start, but it picks up the pace once you pass a certain point. The strategy RPG part is interesting as well. If you like visual novels, you can keep a copy, but for just the experience just borrow a copy and be done with it. It is enjoyable as a one-time play only.

Utawarerumono Prelude to the Fallen – Review
Score Definition
You better have to choose if it’s worth spending your spare cash, because it might not be the game for you and it might be for others.
Pros
Great main story
Dramatic, heartfelt substories
Interesting lore
Unique gameplay features
BGM perfectly times with certain cutscenes
Dialogues are mostly voiced
Visual novel scenes are beautifully drawn
3D cell-shaded models are surprisingly animated
Ability to grind
Cons
Very slow start which gave me a bad first impression
In-between filler stories
Lack of job/class change and second skills
Few bad local translations
Music gets boring with repetition
6
Justified