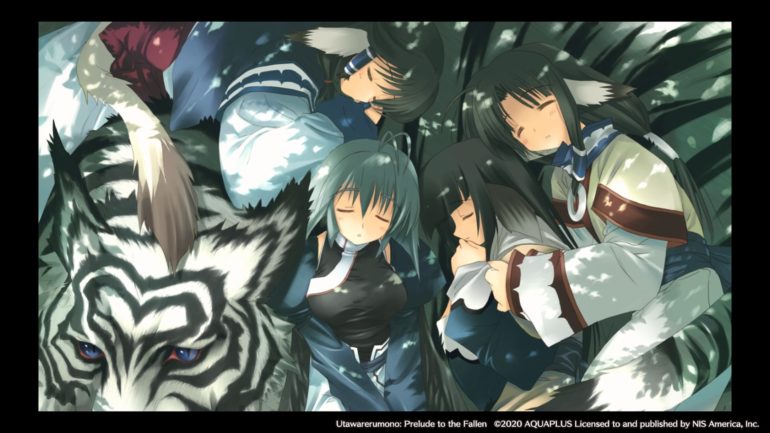 Game developer AQUAPLUS and publisher Shiravune has officially announced the official release date of video game Utawarerumono: Prelude to the Fallen for PC.

Previously teased by the publisher on social media two weeks ago, the whole trilogy is now going to be available on PC via Steam. It was revealed that the official release date of Prelude to the Fallen will be on January 22.

For fans who have plans to purchase the game on Steam, its listing is now available. There is no pre-purchase button yet, but it can be wishlisted right now. It says that it will be released in January 2021, but the publisher confirms the specific release date on its official Twitter account.

Wake up, Hakuowlo. It’s time to face the world again.
You come to in bed, gravely injured, attended by a girl with twitching furry ears and a lush, bushy tail. In time you come to lead the villagers, to whom you owe your name and your life. When the local nobles threaten them, you threaten the nobility right back…

Are you a farmer? A scholar? A traitor? A beast? You’ve forgotten your past, but has it forgotten you? Command your comrades and fight to defend your family, and discover the secrets of this world—and your own lost history!

The first game in the hit Japanese tactics-RPG visual novel series Utawarerumono joins its sequels back on PC!

• 30+ hours of story and gameplay
• Thoughtful, slick, and active tactics-RPG combat
• Dynamic Chain Attacks and flashy Co-op Chains
• All-new Auto-Save functionality
• Customizable keyboard and mouse controls
• An unforgettable, evocative soundtrack
• A touching narrative with a moving ending
Utawarerumono: Prelude to the Fallen is coming to PC via Steam on January 22.