Video Game Remakes in 2020 is More Relevant Than Ever 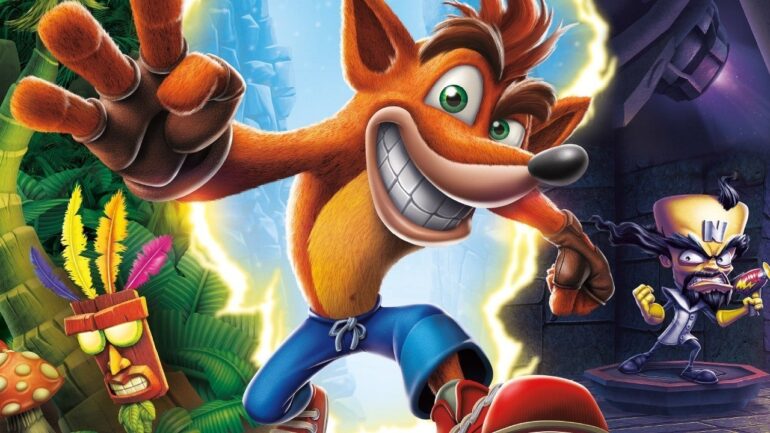 Nostalgia is a powerful feeling. Specifically, it invokes emotions from a much more simple time.

Many of us who play video games, at some point, have this one game that stays in our minds to this day. Whether it is the first game you’ve ever played in your life, or that one great game that you simply cannot forget, you almost seemed compelled to relive these moments.

There are many ways to recapture that feeling in gaming today. Developers can ‘try’ to make lighting strike twice by designing something similar to past successes. It’s never really a guaranteed thing though. For every success story like Bloodstained: Ritual of the Night, there are not so successful ones… like Mighty No. 9.

With the advent of services like Xbox Game Pass, there is no longer a need to re-release games for the next generation. To this day, I’m still annoyed by the fact that games like Grand Theft Auto V (GTA V) and The Last of Us got remastered versions on the PS4. It’s a product of antiquated thinking, at best. And absolutely scummy, at worst.

The AAA gaming industry doesn’t like failure. It will try it’s absolute hardest to ride the wave of success brought on by successful games. Why do you think the battle royale genre exploded after PUBG hit the scene? It’s not like everyone was designing a battle royale system in their spare time, and PUBG was the first… yeah, that never happens.

In the same line of thinking, publishers are more likely to remaster games than they are to create a sequel that may be poorly received. This especially applies to older titles. If there’s even the slightest demand for it, expect a remaster to come out in some shape or form. For a time, this was also the only reliable way for publishers to get a measure for the demand for such games. If the remaster sells, a possible sequel may be in the works. (They really do like playing it safe.)

The problem with modern remasters is the fact that publishers stick on the HD sticker on so many games and call it a day. No improvements, no nothing. Many remasters are just the same old game with a little touch up here and there to bring it up with current era visuals. More often than not, their controls are going to be just as wonky or even worse.

Let’s also consider the fact that developing in low resolution can also be a design decision, just as much as it a constraint on the system. Some games were purposely designed for lower resolutions to hide imperfections. Bringing them up to HD is like putting a magnifying glass on the parts you never wanted the player to see.

But hey, at least you get to see what a game will look like stretched over a 16:9 aspect ratio over the 4:3 ratio that it was designed for.

I want backwards compatibility to be the industry standard, I really do. It’s not going to stop ‘Ultimate Editions’ from coming out. In fact, I welcome it. Not everyone’s willing to go through the trouble of buying the base game, and then buying the downloadable content (DLC) for it. More importantly, this simple act will reignite conversations about game preservations and game ownerships. Both, in my opinion, are often overlooked aspects, considering how young the industry is compared to movies and books.

A much better way to go about handling old franchises, is to probably create a remake instead.

To me, a remake (if done with care and the fanbase in mind) is like building something new from the ground up using blueprints. Some games follow the blueprints way too closely. While others can choose to change everything up entirely like the Resident Evil 3 Remake. (Which sparked a lot of conversation within the RE community.)

For the developer, remakes give them a chance to make the game as they originally envisioned it. If it hadn’t been scaled down due to hardware limitations and other restrictions.

A great example of this is Mafia: Definitive Edition. The game started life as a curious idea after the development of Mafia III’s DLC ended. The team wanted to see if they bring the original to the current generation. And lo and behold, we got the Mafia: Trilogy as a result. With the help of a dedicated community, the developers seemingly recaptured and re-energized passion for the franchise. Only time will tell if anything becomes of it. Will this be a new beginning for the Mafia franchise? Who knows?

Not all remakes are going to reimagine their story like Mafia. Others are just awesome games whose source still holds up great to this day. The most recent of these games are Command and Conquer: Remastered Collection and Tony Hawk’s Pro Skater 1 + 2. More than HD touch up’s, both titles introduced changes and additions on top of the gameplay we hold so very dearly. I wouldn’t be surprised if we get follow up’s in the near future.

One of the best reasons to have remakes is to introduce a whole new audience to an old game or franchise. Everyone loves Final Fantasy, but when you really think about it, how many new players will really stick around for a second or third playthrough of a game with outdated design?

Not many, I’m sure. Returning to the tried and true turn-based may excite a small part of the die-hard community. However, by not trying new things, you have ensured that the game (and ultimately the franchise) will remain a niche corner of gaming for all time.

For anyone who wishes to carry on the memories of the original game, they remain whole and intact within physical copies (Provided you have a gaming system that works). Otherwise, it can be found online through Steam or emulation. Hopefully, unedited.

Ultimately, the reasoning behind creating a remake is almost the same as it was with remasters – to measure the likelihood for a potential follow-up. And here again, the same rules apply. If the remake succeeds, make another game. If it doesn’t, put it in the cooler. There is a reason why we got Crash Team Racing right after Crash Bandicoot: N.Sane Trilogy, and no word yet on the Medieval 2: Remake.

Now might be the best time to bring up Crash Bandicoot 4: It’s About Time.

I can’t understate how perfectly Crash 4 fits in alongside the N.Sane Trilogy. Finally, after so many years and so many failed attempts, Crash Bandicoot gets a sequel that doesn’t actively try too hard to be different. I can go on and on how Crash 4 is the best title yet, but that’s straying too far for this article. Instead. I can firmly say that we have a winning formula for moving ahead post remake. Crash 4 shows us a nice and ‘safe’ way to handle a sequel without relying too heavily on what made the originals so great in the first place. I’m sure executives like the sound of that.

In closing, I just want to say that, whether we like it or not, games remakes are here to stay. It’s worked wonders for Activision – Crash, Spyro, and even Call of Duty now have a new lease on life. Capcom hopefully learns a thing or two after releasing two great Resident Evil remakes, and a not so great 3rd entry. They might get more flak for even considering to remake Resident Evil 4. Code: Veronica X, on the other hand, is up for grabs.

My only hope going forward is that both developers and publishers continue to honor the source material. No one wants our games to change so drastically to be “acceptable” to the current day (When the definition of acceptable varies wildly on a whim) If a remake remains true, the fanbase will love it and accept it. And who knows? It could possibly bring in new people.

Also, never, ever tolerate the same atrocities like the ones that befell Warcraft 3: Reforged. It is my sincerest hope that we never have another game of that caliber darkening the gaming landscape. Let’s end it with that.