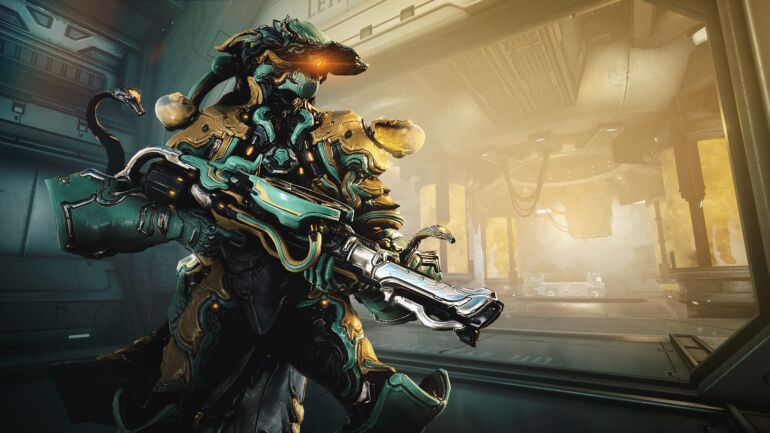 Operation: Orphix Venom has started today and it also introduces the new Lavos Warframe on PlayStation 5, PS4, Xbox One, and Nintendo Switch.

This is a first-of-its-kind survival event, which have pit 1-4 players and offers free access to all mechs while fighting against Sentient forces with only Mechs and Operators. Playing the event will let players earn the 45th Warframe Lavos, harnessing its experimental power to transmute the physical realm and combine Elements with Abilities to thwart the hordes.

Two extra rewards will be offered. If players gift Lavos to a friend, they will receive a Lavos Orbiter decoration for their efforts. If they join in the first three weeks, they get to earn double Affinity.

Operation: Orphix Venom is a time-limited event that started January 21 and will end by 12pm PT on February 22. Players do not need to have a mech to join in. They will need to participate and complete the Cinematic Quest The War Within and access the open-world expansion Heart of Deimos.

Warframe is now available on PS4, PS5, Xbox One, PC, and Nintendo Switch.