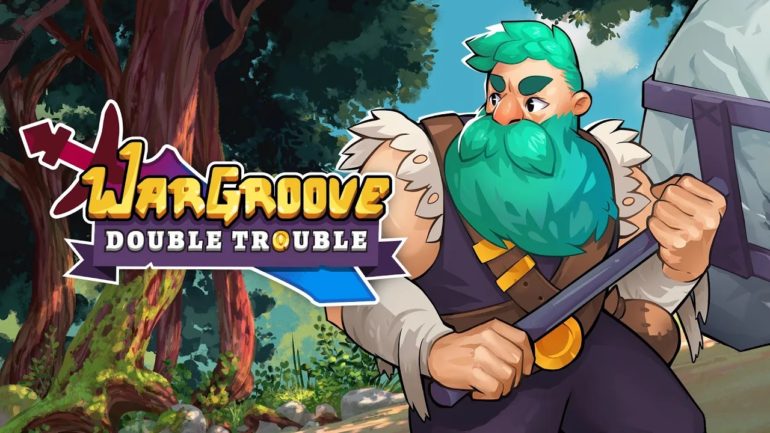 The new free DLC Double Trouble will be coming tomorrow, Aug. 4. It will feature a completely new outlaw-themed, co-op enabled campaign. It will have the new Thief and Riflemen unit gameplay with the new ruffian Commanders. These new commanders are the mighty Wulfar, troublemaker twins Errol and Orla, and the maleficent Vesper.

Crossplay aws also introduced with this new update. Wargroove now supports cross-play between all platforms including PS4, Xbox One, PC, and Nintendo Switch. Players can now enjoy competitive and cooperative multiplayer games and as well as share community-made maps online with friends. It will also feature a new public and private lobby system for PS4 players. This will make it quicker and easier for players to log into an online match, no matter the platform.

We’re very happy to finally complete our vision of one big happy Wargroove community as PS4 Wargroove players can now play with those on Nintendo Switch, Xbox One, and PC! From the very beginning, we knew that the multiplayer aspect of Wargroove was a huge part of the experience, and that it made the game very suitable for cross-play amongst all platforms.

This became even more important with the release of Double Trouble and its co-op campaign, and we felt that it wouldn’t be right to bring it to the platform without cross-play support. Our thanks to the Blitworks team who has been working on bringing the DLC to PS4. Thanks for your patience, and hope you’ll have fun!

Grab a fellow ruffian, set up your Hideout and take on Wargroove: Double Trouble. Designed with co-op play in mind, this expansion adds a new story campaign that introduces Outlaw Commanders; the mighty Wulfar, troublemaker twins Errol and Orla, as well as the maleficent Vesper.

It won’t be easy, but at least you’ll have two new units at your command – Thieves and Riflemen! Take tactical advantage of these new recruits, sending forth your Thief to ransack enemy gold and carefully position your Rifleman to take out enemy troops.

The DLC will be launching at the same time as an upcoming patch which will also include balance adjustments to a number of units and Commanders.

Wargroove: Double Trouble is available for free on PC, Nintendo Switch and Xbox One. Players of those platforms should also expect a small update patch on Tuesday August 4th.

Check out the trailer of Double Trouble here: