The Grey Knights are on the march once again 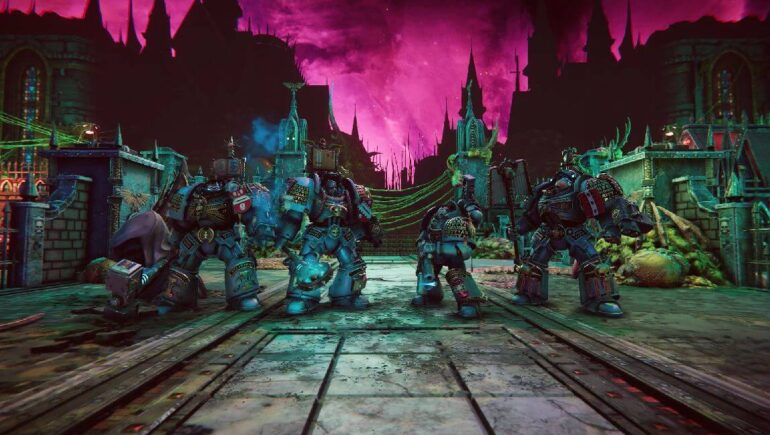 To commemorate the occasion, the team behind the game released a launch trailer which you can watch below.

In Warhammer 40000 Chaos Gate Daemonhunters, players command the Grey Knights in cinematic and aggressive ground combat missions, using firepower, melee weapons, physic abilities, and the environment itself to crush the colorful forces of Nurgle. Between battles, in the game’s rich strategy layer, they’ll manage the wider conflict against the Bloom from aboard the Baleful Edict strike cruiser, choose where to go take the first next, and research new ways to overcome the forces of Chaos.

The goal of the campaign is to eliminate the five Reapers of the Bloom to stop this cosmic plague, leading to a final conflict with the iconic Death Lord Mortarion, Daemon Primarch of Nurgle. Failure will leave the entire galaxy to succumb to the Bloom. Players have numerous tools at their disposal to repel Nurgle – including Exterminatus, a last-ditch weapon upgrade for the Baleful Edict that purges all life from a given planet in spectacular fashion with a single button press.

The Castellan Champion Edition of the game unlocks access to the exclusive Grey Knights character Castellan Garran Crowe, warden of the powerful Black Blade of Antwyr, which he carries in-game.

In this edition, Crowe will join the player’s campaign partway through the story and will then be available to select from the barracks for future combat missions, arriving with a full suite of abilities to use in battle. Base game owners can optionally upgrade to this edition for £12.99/$14.99/€14.99.