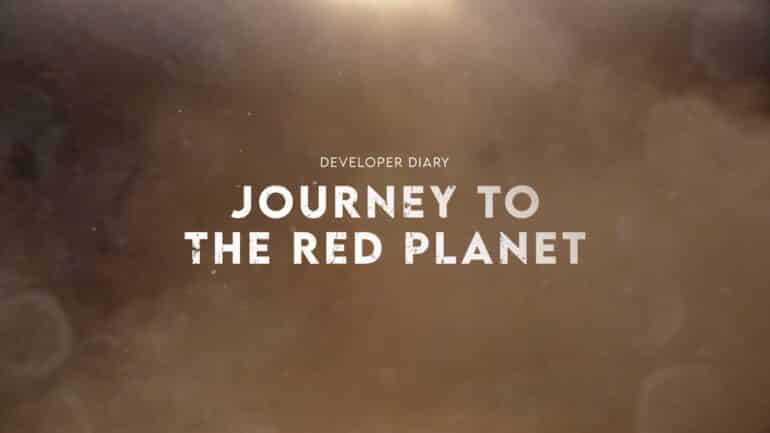 Frontier Foundry has recently released the first developer diary for its new narrative-driven adventure game developed by KeokeN Interactive, Deliver Us Mars. The game is coming to Xbox, PlayStation, and PC.

Episode 1 – ‘Journey to the Red Planet’ gives players an early overview of the game’s story as the team at KeokeN takes us deep into their creative process for building an ambitious sequel to 2019’s Deliver Us The Moon.

‘Journey to the Red Planet takes us behind the scenes on the narrative design of Deliver Us Mars, diving into the environmental themes that define that game’s setting, the personal stakes of the story, and the painstaking effort made by the team to create an authentic-feeling traversal system and puzzle mechanics coming to the game, which becomes increasingly more complex as the story progresses.

About Deliver Us Mars

Deliver Us Mars is set in a future where Earth has been ravaged by climate change, and world-altering floods are a part of everyday life. In the game, which is set 10 years after the events of Deliver Us The Moon, players join a group of astronauts on a high-stakes mission to ensure humanity’s future. Their goal is to retrieve the enormous colonization ships known as the ARKs from the shadowy organization known as Outward, in order to revitalize the Earth before it’s too late. Along the way, they’ll uncover the truth behind what happened to Outward’s missing colony.

This developer diary reveals that the game will depict the complicated relationship between a father and his daughter. While a full story reveals for Deliver Us Mars will arrive in the coming months, observant fans of Deliver Us The Moon may be able to guess the identity of the protagonist in this sequel based on visual clues in this developer diary.

Unlike Deliver Us the Moon’s main character, this hero is fully voiced. Her personality, motivations, and history will unfold in her own words as she explores the Martian landscape and the game’s multiple other locations. With motion-captured performances by a talented cast, this sequel represents a huge jump in narrative presentation – enabling the developers at KeokeN Interactive to capture the emotional nuances of the characters and heighten the level of drama players will feel throughout the story.

Deliver Us Mars is coming soon to PS4, PS5, Xbox One, Xbox Series X|S, and PC (via Steam and Epic Games Store). The game will also be on PlayStation Now