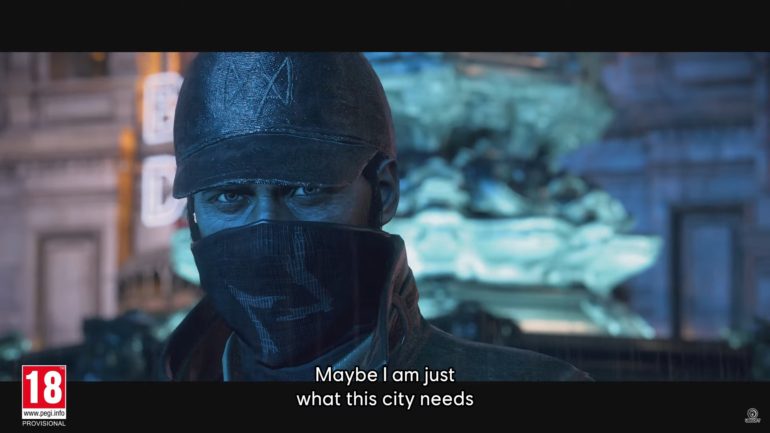 Game company Ubisoft just announced that upcoming video game Watch Dogs: Legion has added a new character to the game and he is an icon to the series.

First game protagonist Aiden Pearce is coming to Watch Dogs: Legion to help with the resistance to take back London. He will be older and a bit wiser this time around compared to the previous games. He will be a fully-playable character as part of the post-launch plans.

In fact, Pearce will be the focus of a whole new chapter in the post-launch chapter of the game and will be available in the Season Pass.

Aside from the Aiden Pearce reveal, a new video was released featuring the discussion on how to recruit characters in Legion. Players can choose almost anybody in the game and every Londoner will have a unique backstory, a special skillset, and a distinctive personality. They can meet anyone in the streets and let them join the team for the Resistance.

Watch Dogs: Legion will be available on Oct. 29 on Xbox Series X, Xbox One, PlayStation 5, PlayStation 4, PC, and Google Stadia. It will be a launch title for the next-gen Xbox console.

And the Stormzy collaboration here: