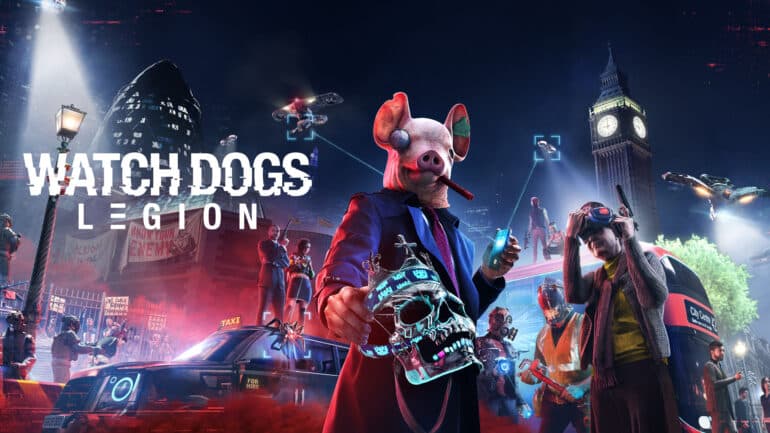 Watch Dogs Legion will no longer be receiving any future updates as confirmed by Ubisoft on Monday, January 24, 2022. In a blog post from the official Ubisoft web page has mentioned that update 5.6 was the last update for the game. With Legion losing developer support, we aren’t in for more updates or DLC in the game’s future.

Ubisoft still does assure players that the servers will remain online for those wishing to play with friends. Players can still look forward to rewards tracks in Watch Dogs Legion’s online mode which will have new and returning rewards.

The last update for Watch Dogs Legion was back in September 2020. The Legion of the Dead was introduced which turned the city of London into a zombie infested apocalypse. Developers also fixed some issues and tweaked some of the aspects of the Spiderbot Arena. Players can now play the game mode with just two people in the lobby instead of the minimum of four which took a while to wait for. After a bit over a year of updating Watch Dogs Legion, Ubisoft is moving on to other projects.

Still, not everything is over. Despite Ubisoft stopping further updates for Watch Dogs Legion, the fifth Season Pass of the game just started earlier this week. Players can look forward to getting a modified version of Aiden Pearce’s Jacket and his nephew’s, Jackson Pearce’s, mask and clothing set. Both of whom took center stage in the Bloodline expansion. An expansion which I had the pleasure of reviewing.

The post-launch content of Watch Dogs Legion has certainly been interesting. The developers have stated how proud they are to have created the game and look forward for more adventures from those playing Watch Dogs Legion.

We couldn’t be prouder of the game we’ve created, and we appreciate all of you who’ve joined us on this journey in London over the year. We look forward to seeing more of your adventures in Legion!

Until next time, DedSec.

Even to those who haven’t really though that Watch Dogs Legion was anything special, it’s always sad to hear a goodbye from those who made the game.

For our review of Watch Dogs Legion, you can click here. Feel free to check out our other content relating to Watch Dogs.