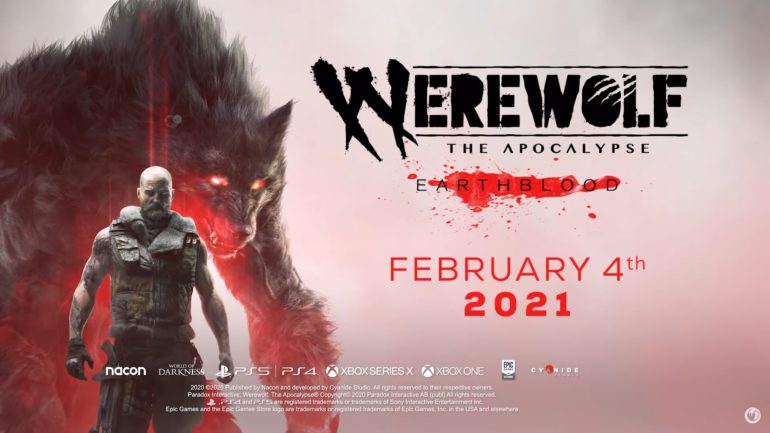 The new gameplay video is being narrated by Game Director Julien “Patch” Desourteaux, providing interesting commentary about the game. He provides insight into the game’s development and its roots in the World of Darkness, which is a shared story universe where supernatural beings roam hidden from human’s sight.

The game developer ‘s biggest challenge for them was to implement all the mechanics for an action RPG. Cahal becomes the primal bestial predator when he transforms into the Crinos form. This is the reason why they had a stance system implemented so that players could change from agility to ferocity when needed.

The studio gave effort in order to create a visceral beat ‘em up game while staying faithful to the original roleplaying game. Players will be taking control of Gaia Warriors and fight to save the plane from the Wyrm’s corruption.

Werewolf : The Apocalypse – Earthblood will be available 4 February 2021 on PlayStation 4, PlayStation 5, Xbox One, Xbox Series X/S and PC via Epic Game Store.