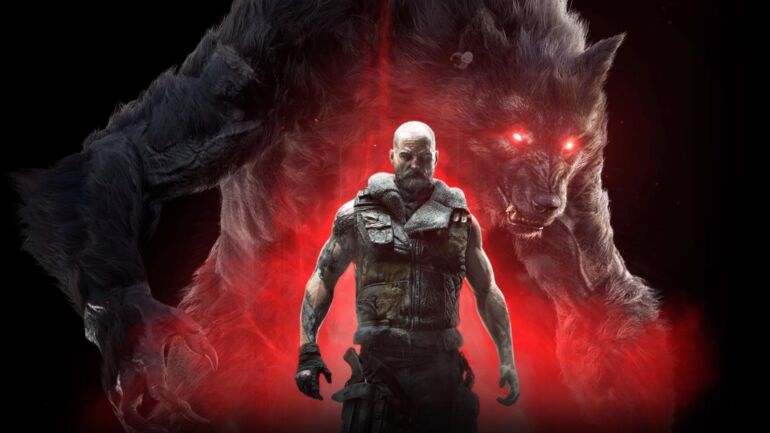 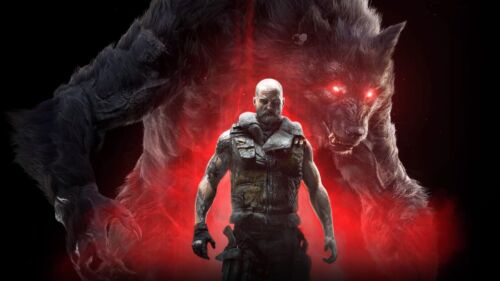 In the world of Werewolf, the Garou should not give in to rage. Giving in to rage is a disgrace to the warrior and to his clan. Maintaining control over one’s self is a lifelong battle that a warrior contends with on a regular basis. But if rage is a defining part of your entire being, should you feel such disgrace even if that rage is understandable called for? And what of the consequences for giving in to the darkness?

Werewolf: The Apocalypse – Earthblood is a third-person action-stealth game. Players take control of a warrior of Gaia, Cahal. With the Endron corporation slowly encroaching on their Caern, the clan of Garou must find a way to repel the forces of evil before it completely consumes the land.

Gameplay primarily revolves around going to objective points, and sabotaging the corporation’s operations in the area. Along the way, the player can choose to take the stealthy approach, and take guards down quietly. Or take the enemy head-on in their werewolf form. When outside of combat, the player is free to explore the world to connect with spirits to gather spirit points and do side missions given to him by their guardian spirit.

There are 3 main forms that the player can go into at any given time. There is the homid, or human form. The Lupus, or wolf form. And the Crinos, or werewolf form.

Being in homid form allows Cahal to do silent take-downs and interact with technology. He is also able to use to crossbow as a means of silencing enemies from a distance. In addition, certain areas allow Cahal to move around freely, provided he is in human form.

On command, players can change to their lupus form. The wolf form is more mobile but it cannot interact with technology. Its low profile allows Cahal to cross guarded areas quickly, as well as speedy means in getting close for a takedown.

Players who choose to take the stealthy approach have a hand full of options to deal with enemy patrols. They can go around taking threats down one by one until the room is clear, or they can opt to do enough to create a safe path to the next area. Some areas might require Cahal to unlock a door or hack some machines. That’s when penumbra vision comes into play. This ability allows Cahal to track circuits back to the control room where he can disable security. Penumbra also allows him to see spirits and interact with them.

On specific missions, your allies will ask Cahal to clear an area of enemy forces. While in stealth, he can sabotage reinforcement gates, causing them damage on deployment. Though not necessary, I consider it a reward for careful planning and good execution.

When entering a potential combat zone, the option to turn into a Crinos is available. It is possible to turn into the beast at the moment of entering the threshold, but sometimes it is preferable to hold off until the last possible moment. If only to build up your rage meter.

The rage meter is what allows the player to pull off special moves. They fill up the meter by hitting enemies in their crinos form, performing take-downs in their homid form, or drinking from a bottle of alcohol. The rage meter empties itself out after finishing a fight. Having some rage stored up at the beginning of a fight is most useful, especially later down the line when mechs and creatures of the Wyrm are introduced.

When the going gets tough, it is usually a good idea to give in to the rage and go into a Frenzy. In this state, the player’s move set becomes limited but they will deal significantly more damage and tank more damage. Frenzy builds up during combat, so there’s no penalty to using it as soon as it is available.

There is a decent amount of enemy types present within the game. There is Endron’s private army, which makes up the majority of enemy patrols. A step above them is the enhanced soldiers. These hulking giants are slow but pack one helluva punch. Done the line, Endron starts to incorporate Exo suits and drones into their ranks. They can be a handful to deal with, owing much to their high attack potential and deep reserves of health. And finally, there are the Fomori. Their unfortunate souls were once humans, but are now possessed by the agents of the Wyrm. They are grotesque beings that are given equally disturbing abilities that are more than a match for any warrior of Gaia.

The Unreal engine bumps up the game’s appeal in terms of visuals. It may not be the best when it comes to effects and all the small details, but for a game of this scale, it does look good. In-game performance barely dips during combat segments. It only ever drops when the player transforms into Crinos form at the start of combat. The cutscenes aren’t too bad either. There’s a lot of talking and a noticeable lack of movement and gesturing. The audio is passable, for the most part. It doesn’t stand out beyond the heavy metal music playing in the background. The voice acting, in general, is pretty good. No stand-out performances, but I suspect it has more to do with the script than the actors themselves.

The story starts with Cahal’s group staging an attack on one of Endron’s facilities. Something goes terribly wrong, and Cahal goes into a self-imposed exile for 5 years. Upon his return, he finds his clan under assault from Endron’s forces. Eventually, they uncover Endron’s plans to use tainted biofuel to turn humanity into creatures borne of the Earth’s corruption. Cahal’s battles will see him through different locations, particularly Washington state National Park and the Nevada desert.

My biggest positive takeaway from this game is the fact that all the mechanics interconnect with the game’s primary mechanic, which is the rage meter. Having rage in the reserve can mean the difference between a good fight, or a messy one. It’s sometimes worth not getting into fights to keep that rage meter full. Apart from stealth takedowns and actual combat, rage can be built up during interrogation segments.

In these segments, the player will have a chance to ‘talk’ with certain enemies. During the exchange, the player chooses a response from a conversation wheel. The right answer will result in getting information. If the player thinks they’re getting nowhere in their conversation, they can simply turn full werewolf. The correct answers often pop up as the staff starts conversing with others. I consider this a reward for observant players who take note of these kinds of things. Unfortunately, these small mini-games are few and far between. But they do play into building up rage for the next big battle down the line.

I was surprisingly pleased with the way the game handled skill progression. The skill tree may be small compared to other games, but if you are planning to play the game in specific way, know that each upgrade is impactful from the get-go. From my time in the game, it is not worth being a jack-of-all-trades, as by the time you hit end game, there will not be enough points to purchase the really powerful skills. Instead, I would suggest picking a play style that best suits you. In my case, I really wanted to minimize the affects of silver bullets during combat. (taking silver damage reduces Cahal’s overall health for the duration of the fight.) So, I opted for a more mobile build that reacts quickly to incoming attacks.

On the flip side, I feel like the stealth bits are glitchy at times. There are instances where an enemy saw me through the cover from a mile away. Other times, my input didn’t register at all, resulting in an unnecessary encounter. The game’s story is straightforward, but it was hard to connect with any of the characters at the beginning of the game. It does get somewhat better near the end but I wouldn’t blame anyone for losing interest along the way. A long loading screen also plagues this title. I greatly dislike having to restart a segment but even worse waiting a minute or two just to get back to a state 1 minute before restarting.

There is quite a bit to like about this game. I must admit that I ended up liking this game more than I initially thought. The stealth sections have their good moments, and the combat is a throwback to old-school brawlers which I like very much. The story picks up in unexpected ways, but the way it ended felt like the character’s journey didn’t matter at all. (You know what I mean if you get to that part.)

Despite being a low-profile entry, Werewolf: Apocalypse is a surprisingly nice game. It might only take a couple of playthroughs to get the most of the game, but that should be more than enough for a linear story game with a definite ending. Hopefully, this will not be the last we’ll hear of Cahal and his Caern. 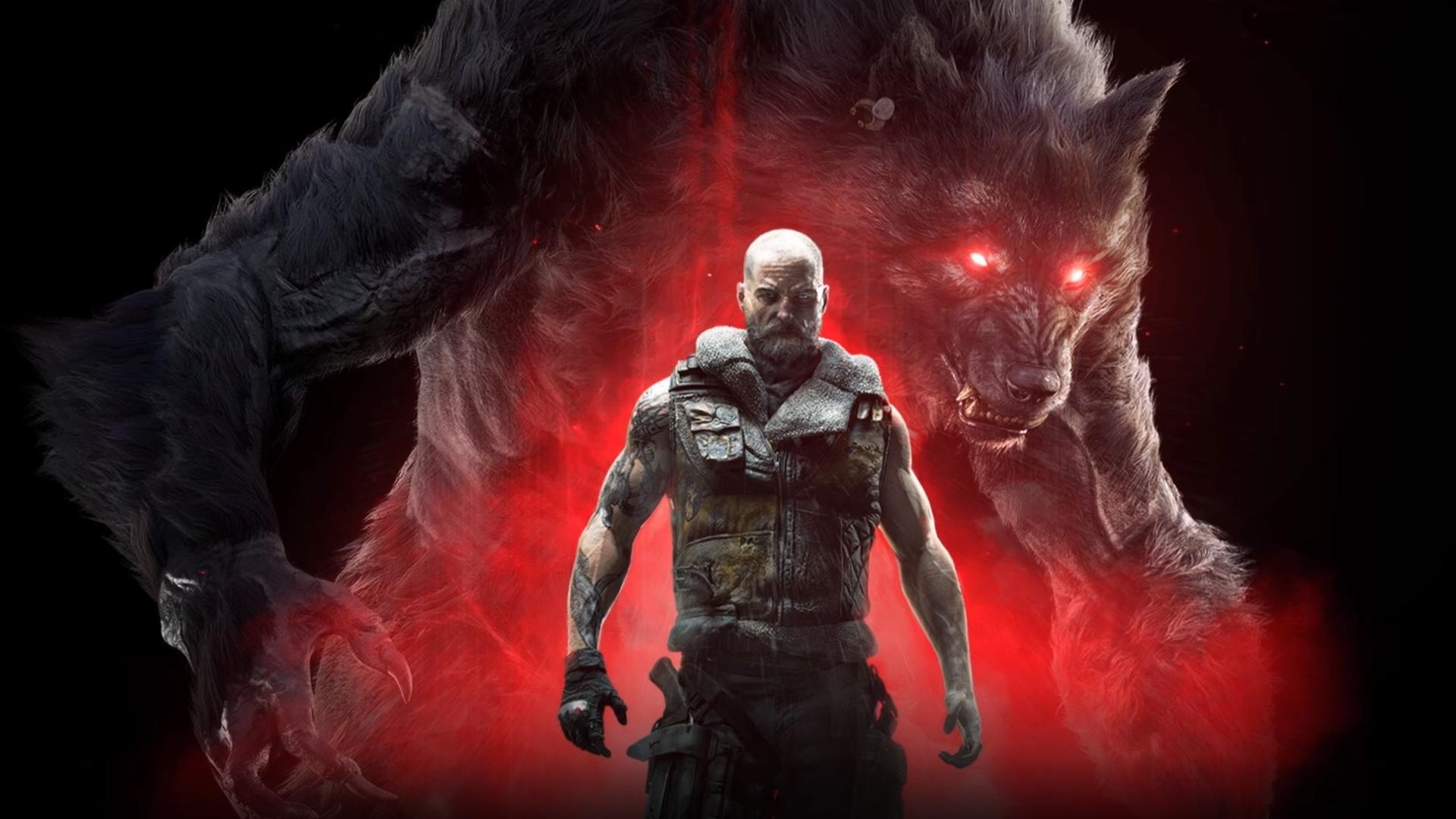 Werewolf: The Apocalyse – Earthblood – Review
Score Definition
We tell you, it’s a good game! It’s not average! It might have some problems here and there, but you have to admit it is a “Good” game.
Pros
The combat is a throwback to last gen brawlers
All the mechanics interconnect with rage meter
Stealth segments can be satisfying when plans follow through
Steady progression in terms of gaining skills
Practically no serious technical issues to speak of
Cons
Story ultimately falls flat
Enemy A.I. can be inconsistent during stealth segments
Combat is repetitive long term
The voice acting is ok, but the character writing seems lacking
Long loading screen
7
Good