What Are You Stupid Review – Clock’s Ticking, Answer NOW!

“What Are You Stupid” is a quiz game developed by Beat-Fu Studio. It’s a game where the player will go head-to-head against his family and friends. Venture from house to house and challenge each household member to a quiz battle. You will earn wacky rewards after each match victory. 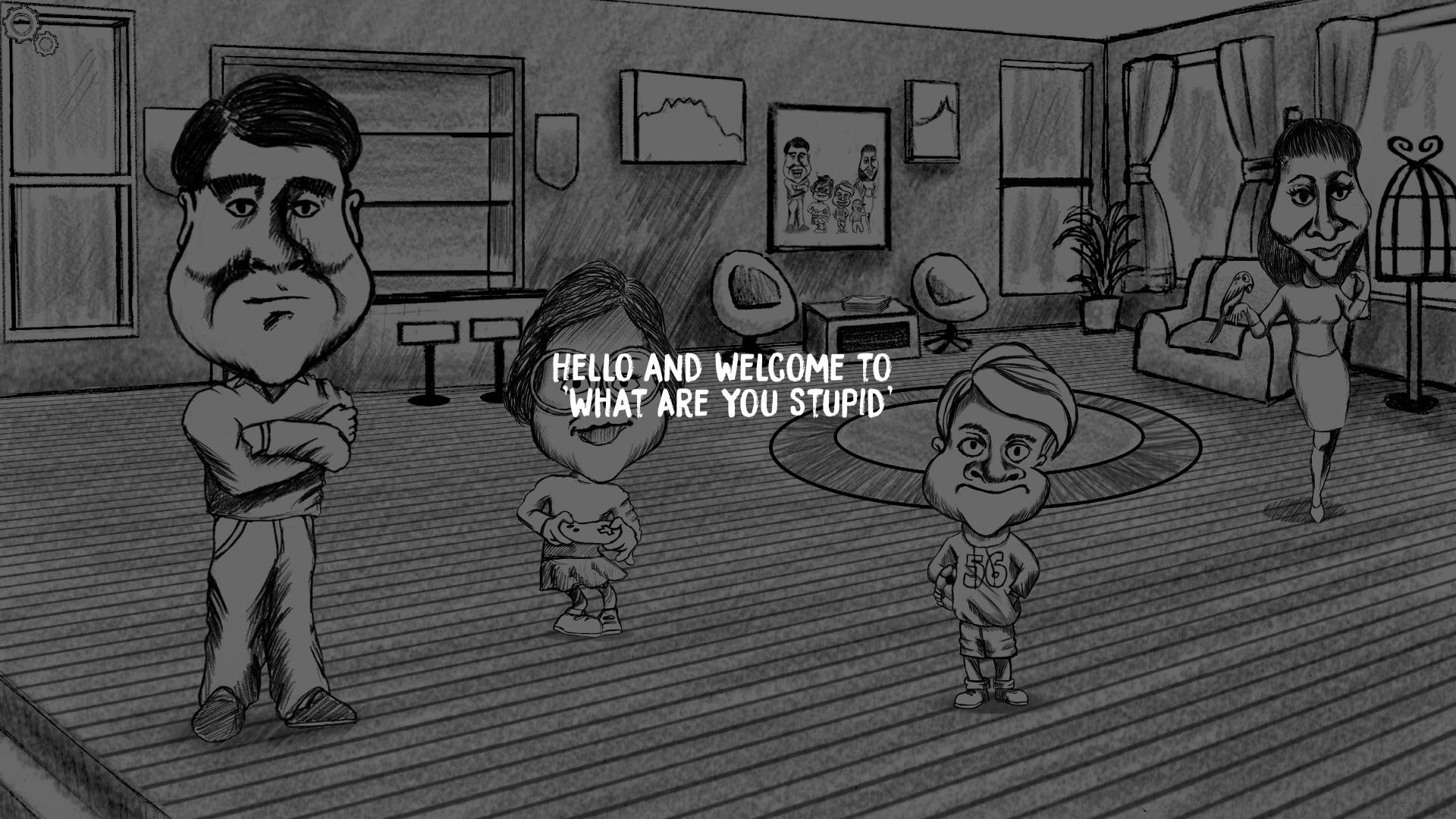 There’s a quick story at the beginning of the game where the youngest child was not treated well by his family. This is the reason why he wanted to prove to them that he’s knowledgeable by challenging all of them to a quiz battle.

Let’s go to the game’s mechanics. It’s a quiz trivia battle in which you will challenge 15 hilarious characters who are living in different households including yours. You and your opponent will have a life bar, just like in a fighting game. Your opponent will ask questions and all you need to do is answer the questions correctly to reduce the HP of your opponent. If your answer is wrong, then your HP will decrease and when you reach 0 HP, it means that you are defeated. You only have a few seconds to answer the question and the goal is to defeat the opponent by having more correct answers. What’s funny is that when your opponent’s HP becomes fifty percent, the face art will change into a funnier one. Like the eyes will get bigger and they will have a disproportionate face and bad hair. 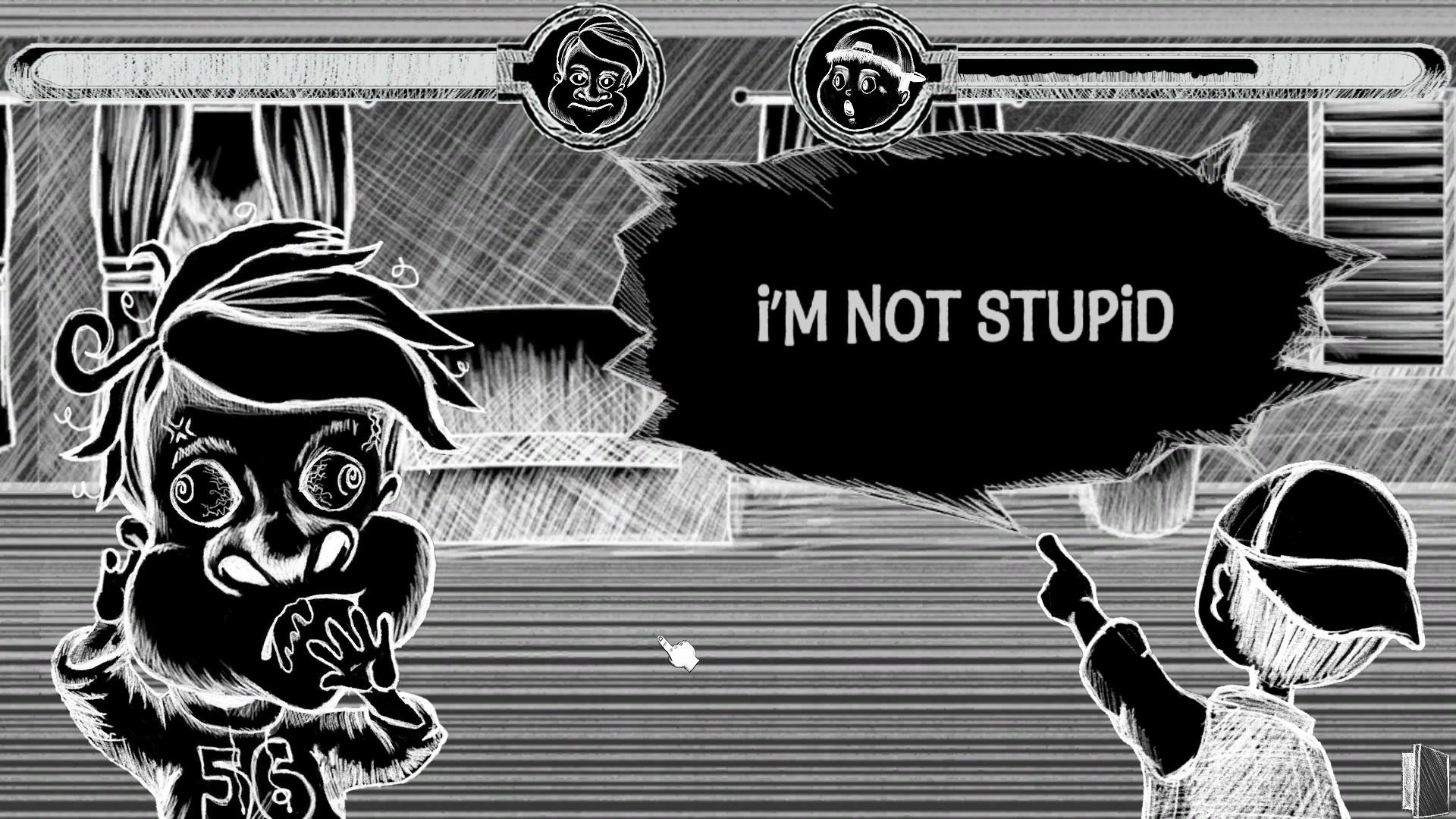 Each household member has a different quiz categories (15 in total). For example, Nat (sister) is good with video games. She will ask questions that are all related to video games and it even includes e-sports and other unexpected game-related questions which makes it interesting. Others have categories like sports, animals, and whatnot. You will start off in your own house then travel to a different house and challenge all the people in that house. As per the developer, there are over 4000 questions and growing.

The art is pretty entertaining. They are all funny and well-made. What’s interesting is that all of the artwork are 100% hand-drawn with pencil and paper. Cool huh? Well, I wish I had the skills and talent to create such an awesome masterpiece. The game is also educational as it has difficult questions like terms that probably were taught in elementary but that you may have already forgotten. Words such as oviparous animals which are animals that lay eggs. 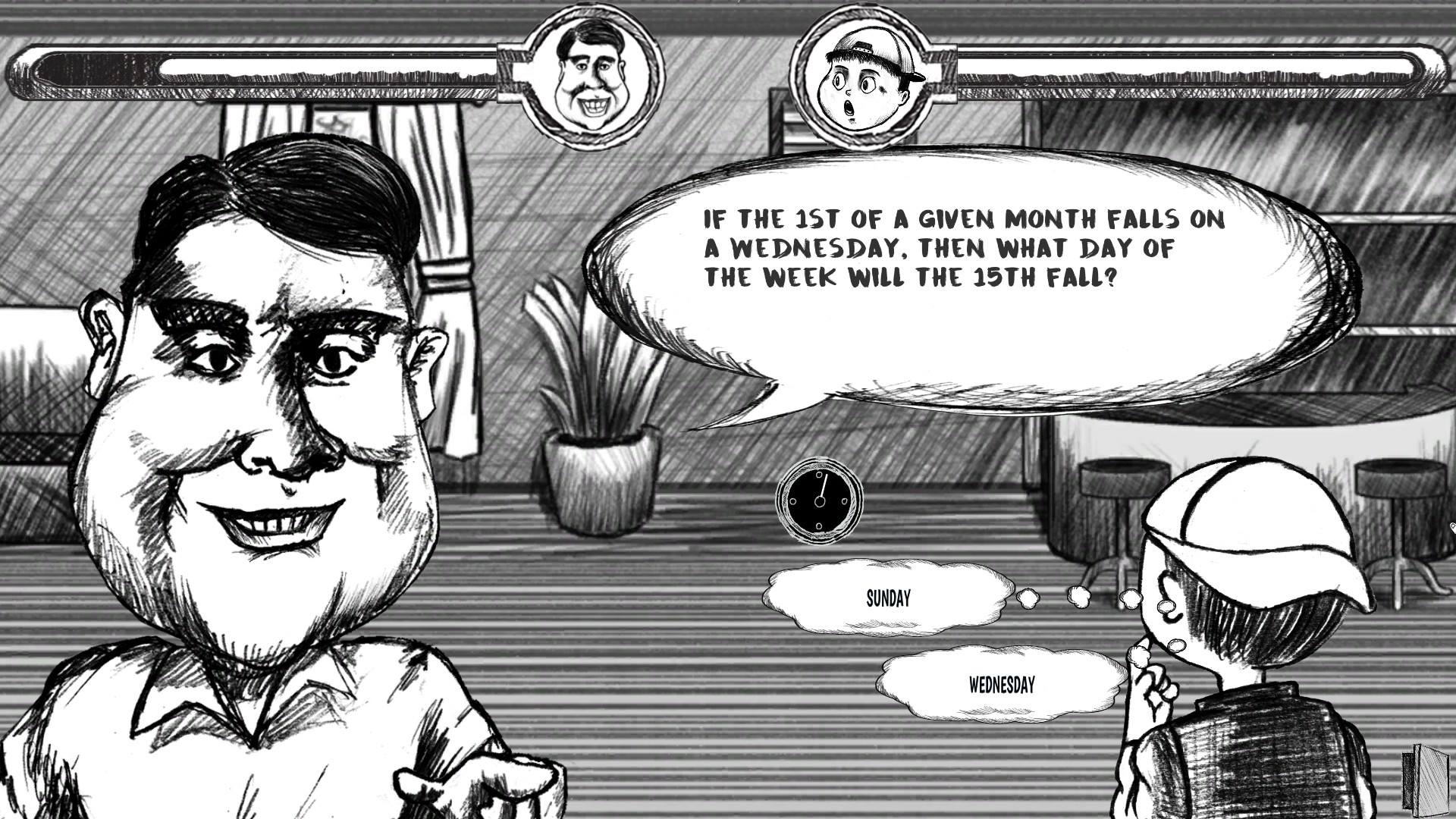 This is all about preference and I think not every people will like the game. For me, I find the game interesting and entertaining which I think is the charm of the game. From the good artwork to the questions that are far beyond imagination. The game music is also cool, it matches the artwork of the game. It’s like an old-school funny cartoon music. In my opinion, this is a nice game especially when you are playing with your family and friends. The educational aspect of the game is also a plus for me. It’s definitely not a graphics intensive game which means that you don’t need a super high-end computer to play this game. I think this will also be good on a mobile platform.

I did not like the gibberish lines of the opponents when you defeat them or talk to them. I’m not so sure what language it is, but I think it would be better to have it in English. I hope that the developers will improve the game content in the future. One thing that I also didn’t like about the game was the first part where the protagonist, which is the youngest kid, was not treated well by his own family. I think it might be offensive to other people. The upside though is that the protagonist stood by himself and proved to his family that he can beat them in a quiz battle. In my perspective, the game teaches people to never underestimate other people especially their own family members. Instead, they need to know their families’ and friends’ capabilities and support them all the way through. 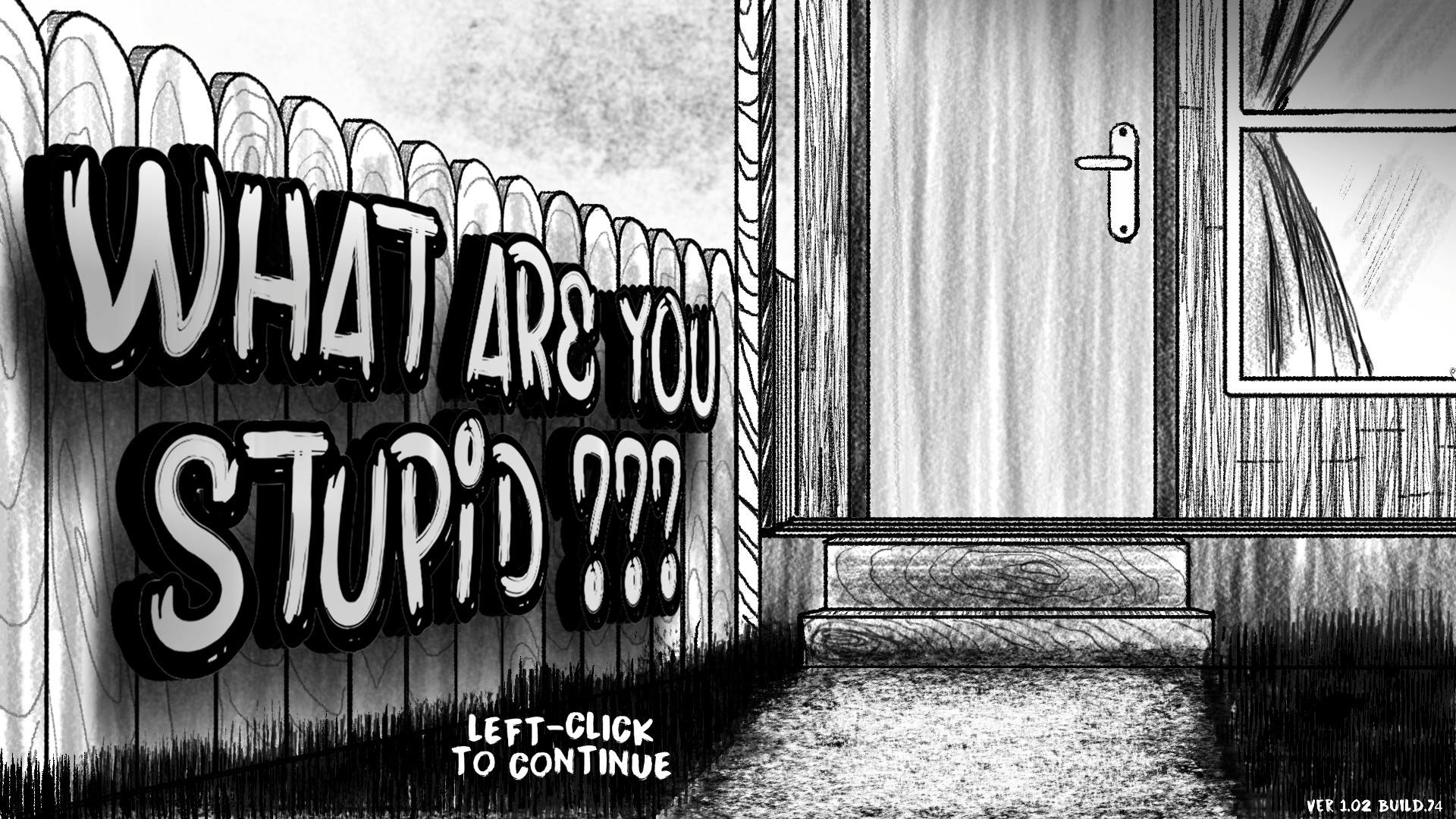 What Are You Stupid Review
Score Definition
You better have to choose if it’s worth spending your spare cash, because it might not be the game for you and it might be for others.
Pros
Good Artwork
Good lesson
Educational
Entertaining
Cons
Lines are not in English
Story might be offensive to others
6
Justified