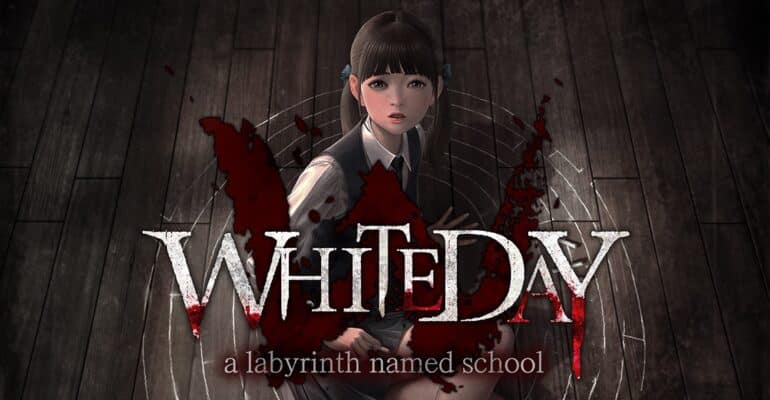 Publisher PQube has announced today that the remake of the cult-classic Korean Horror game, White Day A Labyrinth Named School, is coming to PlayStation 5, Xbox Series X|S, and Nintendo Switch this September.

How much is White Day A Labyrinth Named School?

White Day A Labyrinth Named School is set to release sometime this September. The physical edition of the game will be available on PlayStation 5, Xbox Series X|S, and Nintendo Switch at an estimated price of 34.99 GBP.

Do Anything to Survive

On the eve of White Day, a romantic gesture goes wrong and you and your fellow Yeondu High School classmates find yourselves locked inside the school at night, hunted by killer janitors and haunted by the restless dead.

To survive, you must do all you can to remain hidden, solve puzzles, and uncover the dark secrets of the building’s past. With no weapons for self-defense, there is zero room for error! Think on your feet and use stealth to overcome the many ghostly entities you’ll be encountering.

Discover and interact with other trapped students using dialogue options that will influence how the story unfolds. Depending on your actions, you can find a total of 10 different endings to keep you coming back for more!

During a second playthrough, it is even possible to unlock a brand new playable protagonist, ultimately splitting the story off into two separate branches with unique endings.

If all ghosts haunting the school weren’t enough, you’ll even have the homicidal janitors to contend with! Staff members who are a little too enthusiastic about their job, and will kill anyone that they catch wandering the school at night. Avoid them at all costs to have any hope of unraveling the mysteries around the school and escaping!

White Day A Labyrinth Named School is a true classic in the horror genre, widely regarded as one of the greatest pure horror games ever created – a spine-chilling first-person survival horror with an eerie atmosphere, intense chase sequences, dynamic scare system, evolving puzzle solutions, a branching story, and multiple endings.

With limited resources at your disposal, can you avoid the murderous janitors within the dense network of hallways and rooms? Or will the horrors that stalk the school by night claim your life before you can escape?

For more on White Day, check out: