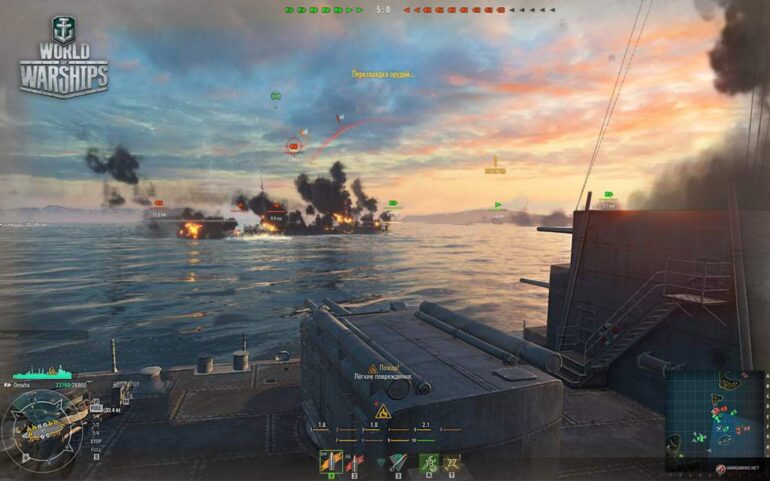 The wait is over as Wargaming today announced World of Warships has launched its Open Beta. With the Closed Beta concluded, which surpassed over 410,000 prospective captains, the floodgates are open to all who are ready to command the most iconic vessels from the mid-century in intense naval battles.

“World of Warships’ Closed Beta was incredibly successful, surpassing even our high expectations,” said Daniil Volkov, World of Warships Development Director. “We saw nearly half a million players spending an average of two hours in-game every day. From the positive and enthusiastic feedback we received, we are pleased to now welcome even more players into the Open Beta and can’t wait to hear their thoughts about the game. We believe that World of Warships has a very bright future ahead and is a fantastic addition to our famed series.”

The Open Beta launches with over 80 warships from America and Japan and 10 original maps to participate in thrilling 12v12 matches. Players will shape the fight by harnessing the power of mighty battleships, swift destroyers, tactical aircraft carriers or versatile cruisers. Whether it is the fierce competition of PvP combat or the action-packed experience of PvE mode, commanders will take the helm, join forces with other players and sink the competition across the high seas.

Open Beta also brings new additions to the World of Warships experience. With the inclusion of Soviet and UK nations, the finest vessels that Britain and the USSR built will be joining the fleet. For the first time ever, World of Warships introduces a robust signal flag customization system. Earned in battle as achievements and applied to vessels to enhance performance, the signal flags in-game are not only cosmetic but also functional. Signal flags will display a player’s prowess on the water while providing buffs and advantages, such as giving extra credits for a battle, increasing the number of experience points gained in combat, improving the speed of the vessel, and more!

As the Open Beta commences, all purchased pre-order packages are credited to players. Closed Beta testers who used their bundles during the previous testing phase are credited them once again.

To stay up-to-date with all the latest developments, visit our official website.