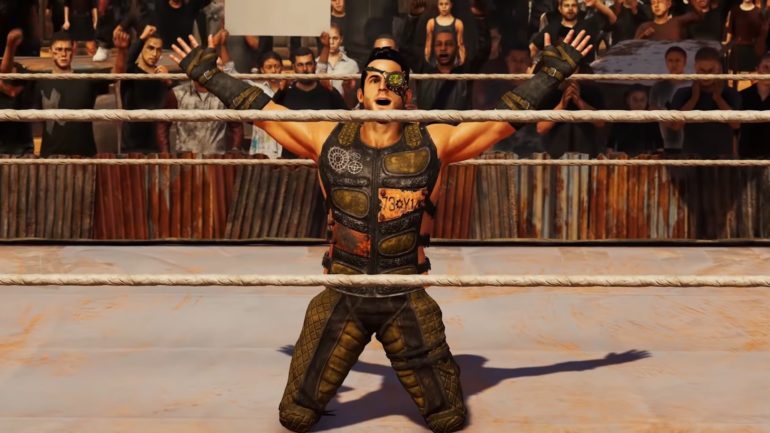 The Wasteland Wanderers DLC pack is now available for download. It allows access for players to post-apocalyptic-themed additions like a new Showcase, Story Towers, and superstars. This expansion is included with the Deluxe and SmackDown! 20th Anniversary Editions. It can be purchased separately as well for $14.99.

The main focus of this expansion is the new Showcase, which features a variant of Seth Rollins named Seth the Wanderer. In it, Rollins must face off against post-apocalyptic versions of WWE superstars like Overlord and others as he makes his way through the tournament.

These are the details of the new Story Towers that will be included in the expansion:

Here are the rest of the contents with the latest add-on:

The full game and latest DLC is now available on PlayStation 4, Xbox One, and PC.