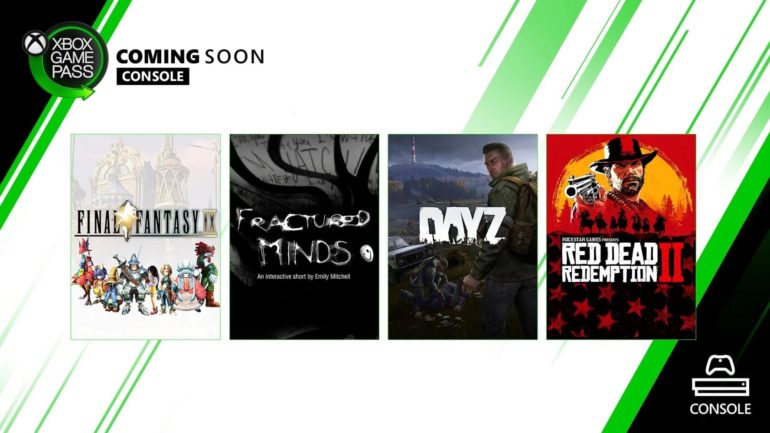 Game company Microsoft recently revealed that one of the few titles coming to Xbox Game Pass is popular classic JRPG Final Fantasy IX. Other titles are also coming to the game pass.

Aside from Final Fantasy IX, there are three more big games coming to the game pass. These games are DayZ, Red Dead Redemption 2 (revealed earlier), and Fractured Minds. Both DayZ and Red Dead Redemption 2 will be coming to the game pass this coming May 7. Final Fantasy IX launches on May 14, while Fractured Minds on May 19. All great games to play especially FFIX, a highly recommended JRPG to play all month long. Yes, it is that long.

Moving Out and Streets of Rage 4 are also available for playing right now.

Several games are also leaving the game pass so better play them now before it is too late.