Here's what to expect soon! 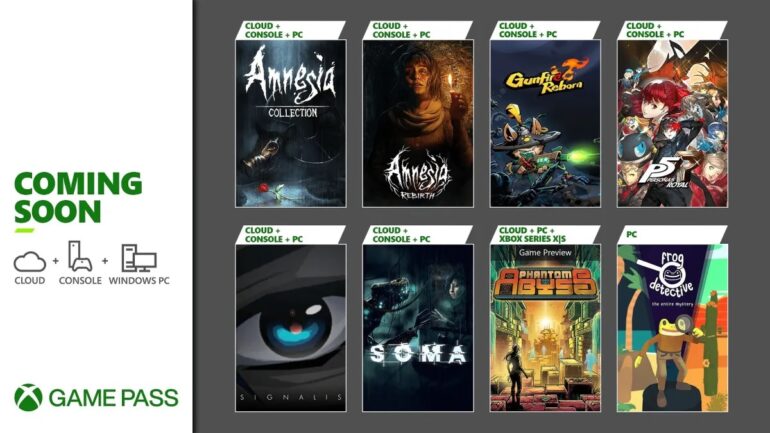 The next batch of Xbox Game Pass October 2022 free games for the second half of the month has been revealed.

Microsoft has finally added new titles in the second half of October 2022. It featured big titles that are coming out this month like A Plague Tale Requiem, the gruesome and spooky Amnesia Rebirth, and many more.

A Plague Tale Requiem is now available on Cloud, PC, and Xbox Series X/S and also on day one with Game Pass. Embark on a heartrending journey into a brutal, breathtaking world, and discover the cost of saving those you love in a desperate struggle for survival. Strike from the shadows or unleash hell with a variety of weapons, tools, and unearthly powers.

Amnesia Collection will be available on October 20 on Cloud, Console, and PC. The collection includes the popular three games The Dark Descent, A Machine For Pigs, and Justine. Players get to experience the games that started the “Let’s Play” revolution.

Amnesia Rebirth launches on October 20, 2022 for Cloud, Console, and PC. Uncover the past and survive the Algerian desert. Fear is the enemy, stay calm to not succumb to an illness threatening you and your loved one. Hide from monsters and solve puzzles.

Phantom Abyss offers a game preview for Cloud and Xbox Series X/S this coming October 20, 2022. This is a massive asynchronous multiplayer game that has procedurally generated temples. It tasks players to retrieve the sacred relics hidden within deadly chambers.

Soma is coming to PC, Cloud, and Console this coming October 20, 2022. The game is made by the makers of Amnesia The Dark Descent. It is a sci-fi horror game set below the waves of the Atlantic Ocean. The radio is dead, food is running out, and the machines have started to think they are people. Underwater facility PATHOS-II has suffered intolerable isolation and players are going to make some tough choices.

Persona 5 Royal will finally land on Xbox consoles and PC this coming October 21, 2022. Experience the award-winning RPG in this definitive edition of Persona 5 Royal including tons of downloadable content. Wear the Joker mask with pride and join the Phantom Thieves of Hearts to stage the greatest heists of all time.

Frog Detective The Entire Mystery comes to PC on October 27, 2022. Become the Detective and solve three silly mysteries. Find all the clues and question suspects is just part of the job. This collection includes all three Frog Detective cases.

Gunfire Reborn releases on October 27, 2022 on Cloud, Console, and PC. This is a level-based adventure game with FPS action, roguelite gameplay, and RPG elements. Play as one of the six furry heroes with their own unique skills and attacks.

Signalis will be available on October 27, 2022 for Cloud, PC, and Console. Awaken from slumber and explore a surreal retrotech world as Elster, a technician Replika searching for her lost partner and her lost dreams. Discover terrifying secrets, challenging puzzles, and nightmarish creatures in a tense and melancholic experience of cosmic dread and classic psychological survival horror.

These titles will be leaving the Xbox Game Pass library soon. Check the out: