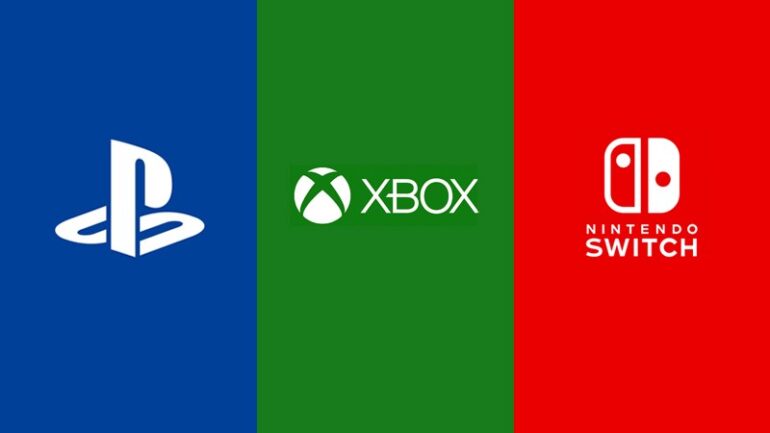 We are now well into the current generation of consoles if you can even call it a generation. It’s with the release of the PlayStation 4 and Xbox One that we’ve experienced for the first time a half-step upgrade in the hardware. This has thrown a wrench in the works and made people question whether the concept of the console generation will persist. Nevertheless, the bump in hardware to support 4K resolutions is necessary to supply the demand from tech-savvy and resolution aficionado type customers. However, 4K gaming and beefy specs aren’t a must for every gamer, hence the broad market pull from the new Nintendo Switch.

Here we’re going to break down the pros and cons of the three industry juggernauts; PlayStation, Xbox, and Nintendo. This way, if you’re looking to get your first current generation console, or even get another console to add to your setup, you can figure out what to get. Heck, you may even decide to get all three. This way you won’t feel lonely at night knowing that you have 3 warm plastic boxes to snuggle up with. 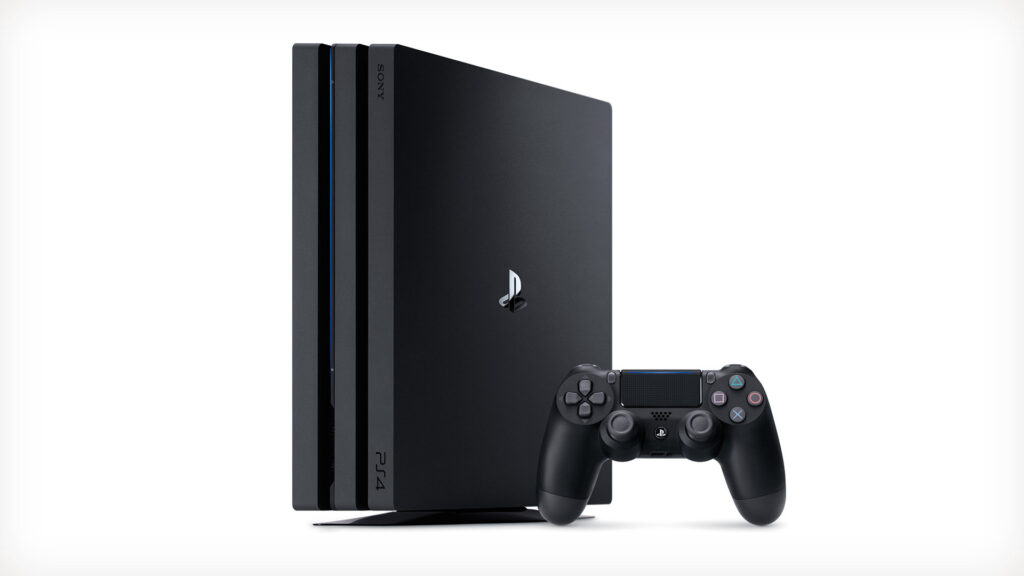 This is Sony’s answer to the 4K zeitgeist that is currently being pushed on consumers. In a way, it’s Sony’s solution to keep the hardware fresh and keep up with the ever-accelerating technological requirement from game developers. Although not every game is going to run at a 4K resolution, where even the 4K Supported games are only being upscaled to simulate 4K via the checkerboard rendering technique. Even though most games won’t support the 4K feature, all games will take advantage of the bump in hardware and you’re guaranteed a boost in performance for all your games.

It’s definitely the best option for you to get if you’re just starting to get into the PlayStation ecosystem. The operating system runs a lot faster compared to the basic model; games run even better, with quite a handful supporting 4K and HDR features; and it doesn’t have any of the problems that the basic models have, thanks to its new design, such as the auto-eject issue and overheating issues. Not only that but by jumping in, you get to experience a vast library of PlayStation exclusives. Pair that with the PlayStation Plus service, and your games library is going to add up.

What you will need to consider, however, is the actual necessity of the PlayStation 4 Pro. If you have the basic model, and it’s working completely fine, then I see no reason for you to take the upgrade, especially if you aren’t the graphics enthusiast type. Another thing is the associated cost of adopting the system. It’s one thing to purchase the Pro, but to take full advantage of the system, you’ll have to invest in a brand new 4K TV that also has HDR support. Those TVs aren’t exactly cheap and the cost of combining it with the PS4 Pro is going to set you back more than a few digits, so it’s best to think first and invest wisely.

If you’ve been part of the PlayStation ecosystem since the launch of the basic PS4 model, then it’d be best to take a step back and thoroughly think through whether an upgrade is absolutely necessary. The only reason that would be practical to upgrade would be whether your present system is about to kick the bucket. Otherwise, if you really want to take your first steps into the world of 4K and HDR, plus have the financial means to do so, then, by all means, buy the PS4 Pro. 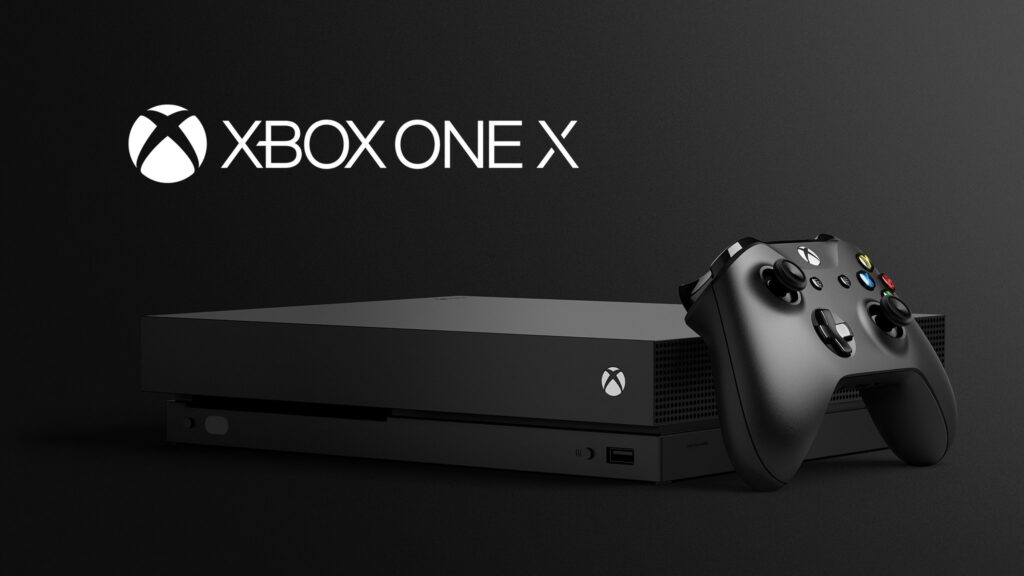 And here we have Microsoft’s answer to the 4K era, while also being a one-up response to Sony. The Xbox One X is touted as the most powerful gaming console currently on the market. That’s right, PlayStation 4 no longer holds that title. It boasts true 4K visuals, has the fastest processing power of any console, 32GB of memory, 1TB Storage, and the smallest Xbox console they’ve ever made. The saying is true with the Xbox One X that size doesn’t matter, it’s how you use it.

Again, if this is your first foray into the Xbox One ecosystem, then this is the best option available for you. Compared to the PlayStation 4 Pro, the Xbox One X is more than a half step, it’s a three quarters step. With that little more oomph in power, however, is that little more cost. It’s a $100 up from the PS4 Pro price, putting it at the same price when the original Xbox One launched, which was $499.99.

Now, a console isn’t anything without its games, however with Xbox is a bit tricky. They have exclusives, but they’re also available to play on Windows PCs, so owning an Xbox console isn’t entirely necessary to experience Xbox’s exclusive offerings. And compared to PlayStation’s offerings, the exclusives are slim pickings. What they do lack in exclusive software, they make up for in a  great user-friendly ecosystem. The Xbox has the best online infrastructure of the three, and basically pioneered online multiplayer in the console space. Along with that, is the ability to play the previous generation Xbox games on your current hardware. As long as it was released on any Xbox system, you can play it. If you previously owned a game, it’s free, plus all your old save data and any Xbox Achievements you earned are retained. The nice thing as well is that certain Xbox 360 games are Xbox One X enhanced. So if we take exclusives out of the equation, the Xbox One X’s library is vastly greater in number compared to the PS4 Pro.

Again, the same arguments stand in terms of necessity and associated cost. So overall, it depends where you stand with your current setup, whether you think the upgrade is a worthy investment. If you aren’t afraid to drop some hefty dough and are looking for a new system, then X is gon’ give it to ya. 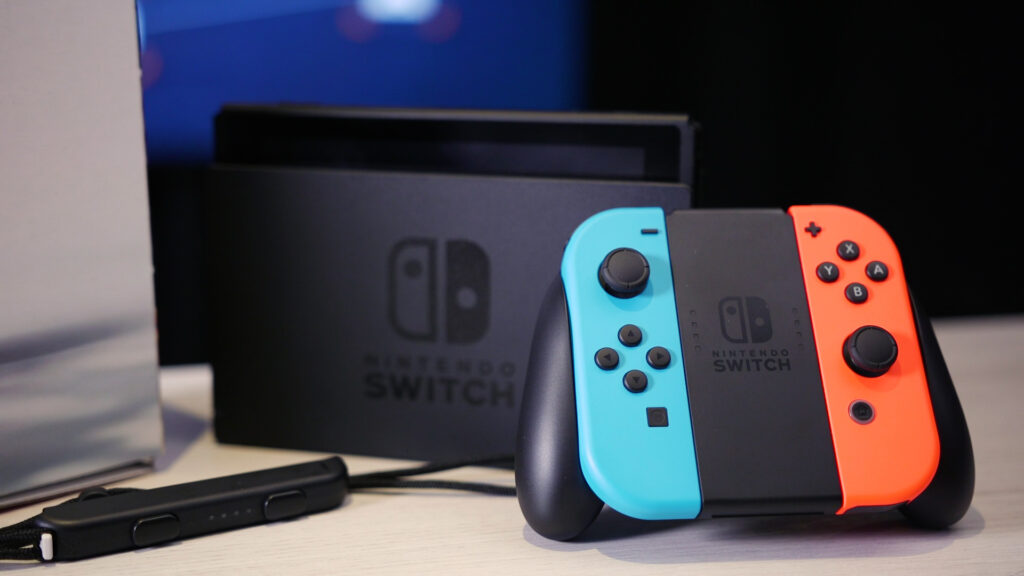 And finally the unorthodox third pillar of the industry; the Nintendo Switch. It doesn’t boast 4K Visuals, it doesn’t boast beefy specs, it doesn’t even intend to compete with the two other consoles. What it does offer, however, is portability. Nintendo have managed to nail the concept of taking your console experience on the go. It’s a culmination of past Nintendo hardware concepts that have lead to the unique and snappy design of the Nintendo Switch. It’s basic pull is play wherever you want, however you want.

One thing you need to know about owning a Nintendo console is that, if you want to experience everything, it can’t be your only console. The Nintendo Switch works best as an accompaniment to an existing setup. Now, it doesn’t mean that you won’t be able to experience third-party titles, but expect that you’ll be missing out on a lot if you just solely stick with the Switch. Things are looking better for the Switch, however, in terms of third-party titles, compared to previous Nintendo hardware. Although, you will see a definite downgrade in performance compared to its beefy counterparts, there’s one thing the other two can’t offer: playing Skyrim on a plane, or anywhere for that matter.

Another thing that PlayStation or Xbox can’t offer, that only Nintendo can, are its exclusive IPs. Nintendo games are some of the best games out there, and have defined most people’s childhood, while even defining childhoods of today. From Mario, to Zelda, to Metroid, to so much more, if there’s a library of games that’s consistently amazing generation to generation, it’s Nintendos. This year alone Nintendo has two titles worthy of Game of the year: Super Mario Odyssey and The Legend of Zelda: Breath of the Wild. These two games alone are guaranteed to give you over hundreds of hours of entertainment.

Besides its exclusive IPs, the Nintendo Switch offers quite a few different options on how to play it. The first mode is the portable mode, this has the two controllers — called the Joy-Cons — attached to the side, with the output being at 720p. The second mode has you put the main screen/tablet into a dock connected to TV. This outputs your game to the TV with a resolution of 1080p, but some games differ and only go up to 900p, such as Super Mario Odyssey. Next besides docked and tablet mode, you have different controller options as well. First, with the Joy-Cons separated, similar to the Wii-mote and Nunchuck, except with no wires. If you want a more traditional feel, the console comes with a grip, which you can slide the two controllers into and have a more traditional style controller. Lastly, there’s the Pro Controller, which is built more similarly to the Xbox controller, but comes with all the bells and whistles that a standard Joy-Con controller has, such as HD rumble and motion control.

Now, the Nintendo Switch is the cheapest of the three, standing at $299.99. This however, isn’t the total cost you’ll have to spend to fully utilise your Switch, and I’m not talking about buying a TV. The total onboard storage for the Switch is only 32GB, meaning if you want to stay digital, you’re going to need to buy an SD card.  A recommended size is 128GB and above to future proof yourself, but even that won’t last forever, especially with third-party titles having fairly huge file sizes. Besides memory, there are the accessories that you may want to get as well, such as the Pro Controller, which costs $69.99. If you thought the Pro Controller was expensive, then you’ll be bummed to find that if you want some extra Joy-Cons the prepare to pay $79.99. There’s quite a few associated costs along with the Switch, not all necessary, but if you want the full experience, then prepare to fork over some more coins.

It’s all up to you and your preferences. All have their pros and cons, so it’s up to you where you think your money is best spent. All three have a great library of games, plus each are solid pieces of tech that anyone would want to have. One last thing to consider when purchasing is where are your friends playing. Gaming is largely a social culture and it’s best when sharing the experience with others. It doesn’t necessarily have to be multiplayer, but talking about the same game with someone else does add more value than can’t be calculated monetarily. And again, if you’ve got a fat enough wallet, then why not buy all three?