The new Poppi will arrive soon! 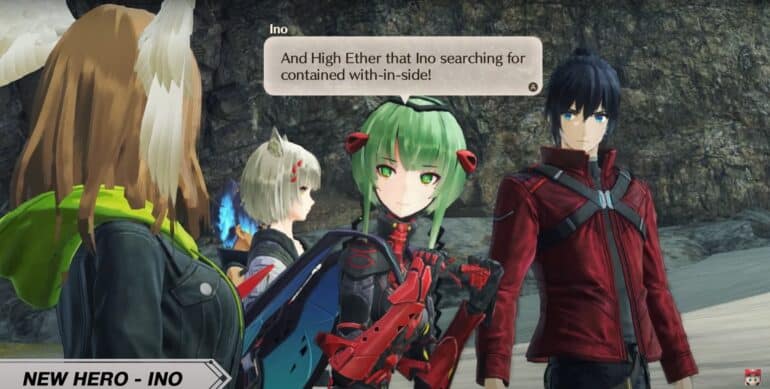 After the launch of the base game and the first wave of DLC, the next one is just right around the corner. Expect wave 2 of the Xenoblade Chronicles 3 DLC Expansion Pass this coming October 13, 2022 for the Nintendo Switch. It will introduce new content for players including a new hero that will join the crew.

Ino the Next Poppi

Speaking of the new hero, her name is Ino and she has a mechanical body with a weird voice. Players will need to complete her quest first in order to invite her to the party. She is also seen drinking a whole Ether Cylinder. She is clearly the next level of Xenoblade Chronicles 2’s Poppi, an artificial Blade. She is a Defender and a Noponic Champion and seems to have a gun for a weapon. She also seems to have a different way to enhance her abilities, which would make her a unique Hero to invite.

Challenge Battles will be added too, which will be fighting against a set of enemies in consecutive battles. Defeat them all to earn special rewards like new costumes like Swimwear, special accessories, and more.

Wave 3 will introduce another hero and more tough challenges at a later time.