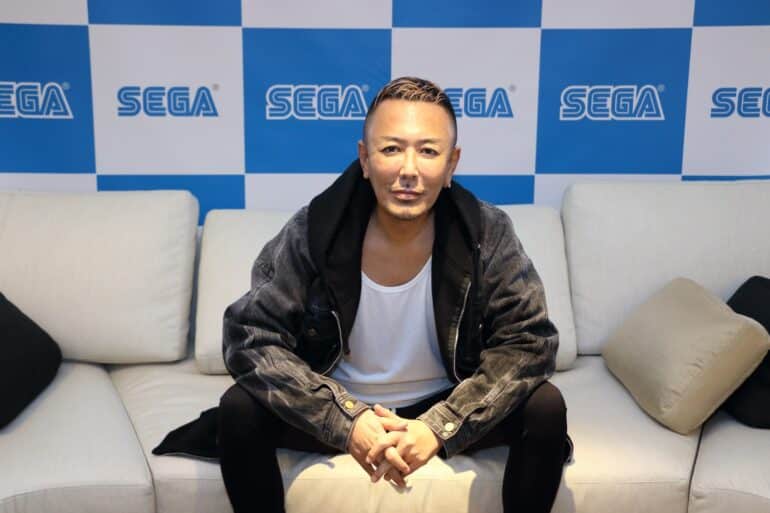 Toshihiro Nagoshi goes on to explain what Nagoshi Studios have planned after his departure from Sega. The creator of the Yakuza Games, or Ryu Ga Gotoku as they’re known in Japan, spoke in an interview with IGN Japan as to what his studio has planned during his post Sega debut.

On the interview, Nagoshi goes into detail to express how he felt leaving behind his very successful career at Sega.

“Well, when the team and I decided to start a new studio, we knew we’d be leaving the content we had previously been working on behind. But I also have a strong mental attitude and a lot of ideas I would like to try, which could even surpass my previous work, so I was confident that leaving the old series behind will afford the chance to try new things.”

When asked about the kind of game his team was trying to make, Nagoshi wouldn’t give any specifics. He did however make it clear that his studio will be attempting to replicate the global success of the Yakuza games rather than scale back.

“We are influenced by movies and are interested in creating games that offer a high level of human drama,” Nagoshi states in the interview. “That’s what we find fun. Just as before, I hope to create games in that vein that can reach a global audience. So you won’t find us making, like, smartphone puzzle games or whatever. Those games are fun, but what we’re good at and what the world expects from us is games with dramatic and moving stories, and that’s what we want to make. So that’s where our focus is.”

When asked if he had an idea on the first game his studio would make, Nagoshi responded in the affirmative. “Yes, as a game creator I have always had a number of things I’d like to do one day, and there is one idea in particular from my personal locker that I’d like to try to expand on now. Now the idea is slowly taking shape, with the input of the team.”

Much like the latest installments of the Yakuza series, Nagoshi admitted that he wanted to capture the performances of human beings in digital characters. Though it’s unclear if he’ll be using celebrity actors, such as Judgment’s Takuya Kimura, in his games.

“When we started the Yakuza series, at that time it was common to design an original character and have them voiced by a voice actor, and anything beyond that was not considered important. We were able to break through that system, and in doing so we learned a lot. I don’t think we have perfected this approach yet, and I think we can achieve even more emotionally engaging performances, facial expressions and so on. So I do have the desire to keep improving on that. In the meantime, whether or not we decide to work with any particular actors, I think it’s important to keep fostering those connections.”

In regards to the setting of where this new game will take place, Nagoshi hasn’t quite made clear if he wanted it to be set in the modern real world Japan like with many of Yakuza’s memorable locations or somewhere more fantastical like Binary Domain.

“Looking at the sales of the Yakuza series, I think having an Oriental setting probably helped to make it feel more unique, but I don’t think that on its own would be enough to make it a million-seller. There must be something stronger, such as an emotional story, or the balance between gameplay and storytelling, and the overall quality being high. So for our next game to be a worldwide success, I don’t think the setting is that important. If the drama is good, then people in France will be moved by a Takeshi Kitano movie, and we in Japan can enjoy a movie from India. If the quality is good then anyone anywhere should be able to enjoy it. I want to return to that pure element of entertainment.”

At the moment, Nagoshi Studios currently only have 10 heads under their employ. They are still hiring more people to work for them but aren’t planning to grow beyond 100 people. For now, their team is planning on taking it slow and steady, putting all their focus on the first game as to not have too much on their plate.

“We haven’t decided how many projects to produce at once. But the studio will have a compact number of staff, which means it would be difficult to focus on several games at a time. So there are limitations. It’s possible that we will work on an extra project in tandem, but the basic idea is to work on one idea and put all of our energy into it, to release a first game that is strong and that is well received.”

Nagoshi didn’t give an update as to when this first game created by his very own studio will be revealed to the world. But he did mention that he’d prefer to have it sooner rather than later. “I like to be able to hear players’ feedback to the games we work hard to develop, to consider the reaction and adjust the end goal accordingly. So I hope to be able to show off the game as soon as it is in a condition that is good enough to share. And we will ensure the game is impressive when we do so. I don’t want to take too long.”

You may be familiar with many of Nagoshi’s works. During his time in Sega, he’s worked on Monkey Ball and Virtua Racing before fathering the Ryu Ga Gotoku Studios and creating the Yakuza games.