Yakuza Series Finally Coming To Xbox One Next Year 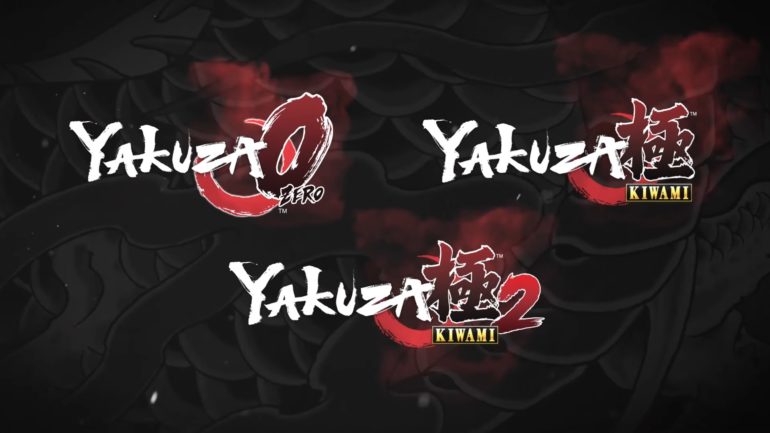 There are three game titles from the popular Japanese action adventure series that will be coming to the Xbox One console. These titles are Yakuza 0, Yakuza: Kiwami, and Yakuza: Kiwami 2. They will be available in early 2020 via the Xbox Game Pass.

Check out the overview below:

The glitz, glamour, and unbridled decadence of the 80s are back in Yakuza 0.

Fight like hell through Tokyo and Osaka with protagonist Kazuma Kiryu and series regular Goro Majima. Play as Kazuma Kiryu and discover how he finds himself in a world of trouble when a simple debt collection goes wrong and his mark winds up murdered. Then, step into the silver-toed shoes of Goro Majima and explore his “normal” life as the proprietor of a cabaret club.

Switch between three different fighting styles instantaneously and beat up all manner of goons, thugs, hoodlums, and lowlifes. Take combat up a notch by using environmental objects such as bicycles, sign posts, and car doors for bone-crunching combos and savage take-downs.

Fighting is not the only way to kill time in 1988’s Japan: from discos and hostess clubs to classic SEGA arcades, there are tons of distractions to pursue in the richly detailed, neon-lit world.

1995, Kamurocho… Kazuma Kiryu, the Dragon of Dojima, takes the fall for the murder of a crime boss to protect his sworn brother, Akira Nishikiyama, and his childhood friend, Yumi.

2005… Akira Nishikiyama has become a changed man. Yumi is nowhere to be found. Ten billion yen has gone missing from the Tojo Clan’s coffers, putting the organization on the brink of civil war. And Kazuma Kiryu is released from prison to a world he no longer recognizes.

With enhanced gameplay, an expanded cinematic story, the return of the battle styles from Yakuza 0, more nightlife spots, and re-recorded audio by the series cast, Yakuza: Kiwami is the ultimate and most “extreme” version of the original vision of the series, now optimized for PC with 4K resolutions, uncapped frame rates, customizable controls and ultra-widescreen support.

Kazuma Kiryu thought his Tojo Clan days were behind him. He and the young girl in his care, Haruka Sawamura, have built a peaceful life from the ashes of conflict. All it took was a single gunshot to shatter that peace. Yukio Terada, the Fifth Chairman of the Tojo Clan, has been assassinated. With war on the horizon, the legendary Dragon of Dojima is pulled back into the world he wanted to leave behind.

Kiryu must travel to Sotenbori, Osaka in an attempt to broker peace between the rival clans, but Ryuji Goda, known as the Dragon of Kansai, will stop at nothing to get his war. In this world, there can only be one dragon.

Rebuilt from the ground up, Yakuza: Kiwami 2 uses the Dragon Engine to update one of the series stand-out titles into a modern classic. The PC version includes all the enthusiast features you’ve come to expect: 4K resolution, unlocked framerates, customizable controls, and robust graphics options.

Play fan favorite minigames including updated versions of the Cabaret Club simulator and Clan Creator, or check out all new additions like an arcade port of Virtual On, golf bingo, and Toylets.

Also new to Kiwami 2 is the ‘Majima Saga’ which features Goro Majima in his own playable adventure revealing events that occur prior to the game.