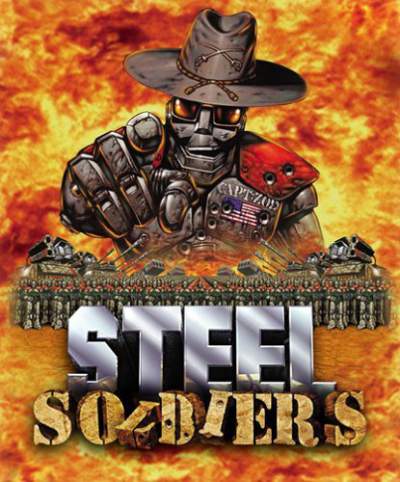 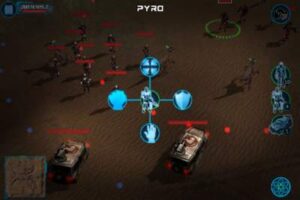 Z Steel Soldiers presents you a very familiar feel. Being released during 2001, from its core gameplay down to its details and features, you are surely to be reminded of nostalgic RTS games like Starcraft and Warcraft.  Unlike its previous installment titled Z which had little or no plot, Z: Steel Soldiers features a plot. After 509 years of conflict MegaCom Corporation (red) and TransGlobal Empires (blue) are set to make peace and sign a treaty; in preparation, forces on both sides have reduced their military presence to a skeleton regiment. The culmination of the peace treaty is the removal of both forces from the contested territory on Planet Rigal. The plot was written by Martin Pond. As the game is played it progresses with elements of intrigue and conspiracy.

The game features a fast 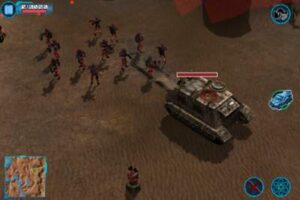 paced style. Just like any games, this game starts off with a tutorial. It teaches you the basics such as moving units, camera manipulation, building production and unit production. It’s not clear as to how production in the game works as currency used to spend on units wasn’t explained. You can select different campaign you’d want to play, a feature reminiscent of the old school RTS games. Because of the way the game was programmed, especially with its Blitzkrieg tactics seem to be the primary tactic in winning this game as you take advantage of its limitless production, though this is ironic since for me, building structures or units in this game was slower than usual. For its navigation, seeing as I am making this review for the iOS and this version is in touch, navigating through the game is pretty easy. Although its not as easy as navigating and studying the map from all angles with a mouse or a controller, it doesn’t fall off despite being touch. However, because it is touch, game functions like selecting a unit can be quite tedious as it confuses this simple command with another namely movement. The game’s AI was very responsive, it executed whatever command was given to it swiftly, however for me this is a double edged sword. Sometimes I do find this feature a hassle especially when I leave my units to idle. Sometimes I find my units wandering off far from their original position and sometimes I even find them engaging on enemies which is really a hassle for players who go for stealthy tactics. Other than those few rants, overall the game was an enjoyable experience. Thirty missions are playable on six unique worlds, including desert, forest, volcanic, ice, archipelago and wasteland.  Other features include Fights on the ground, on the water and in the sky and 9 types of robots with unique skills 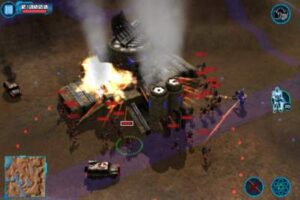 ahold of the game, its details and graphics would immediately remind you of games during the year 2000. It stays faithful to its roots but it could have at least improved on that aspect. The characters appeared blurry while zoomed out to its normal view. Other than that details were pretty bad but I should probably consider this tolerable as it is a mobile version of the game, this could however serve as a problem for players who would love to take a screenshot on their plays. The environment was too bland, even though it’s a mobile version of the game, graphical detailing on the environment could use a bit more effort. While tolerating its lack in detailing but they still could’ve done better as I’ve seen other mobile games like Asphalt and Kritika doing a good job on the detailing despite being free downloadable games. There was nothing much I could say towards the game’s Audio. Voice acting was simple, although its dialogues were humorous, it was at total, normal. Nothing too notable. The sound effects were simple and so were its soundtracks.

While simplicity isn’t supposed to be considered as a flaw, perhaps for Z:Steel Soldiers, its simplicity is what kills the game. It’s too simple. Everything in the game is predictable and doesn’t feature anything new in the RTS genre. Combat was simple and I didn’t really find myself excited while preparing to take on enemies. While blitzkrieg is fun to watch, some players would want to look at them expand and solidify their hold on their gained territory. Fast paced is good but in Z: Steel Soldier’s case, it made the game too simple which for me, decreases replay value but that’s probably me as I was immersed in other RTS games like Company of Heroes which features the opposite.  Over all Z: Steel Soldiers was a fun experience. While the game could improve on so many things through updates, for mobile games, Z: Steel Soldiers is a game I’d recommend for those who’d like to take a break from the fast paced games the mobile world features.

Its fast, its simple, it reminds you of Warcraft.