10 Reasons Why You Should Play Disco Elysium

Came for a murder mystery, found the meaning of life 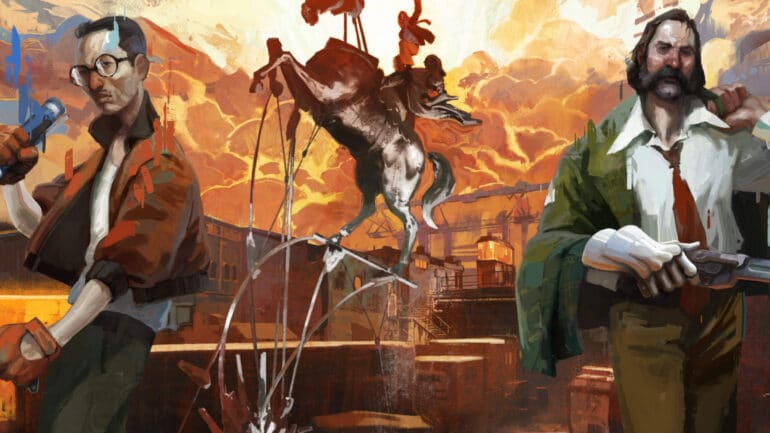 I’m a bit ashamed to admit that I was late in trying out Disco Elysium, nearly two years late in fact. When I bought the game, I just expected a murder mystery with twists here and there. Nothing of the ordinary for a game of such a genre. What I didn’t expect was for it to become one of the best games of all time for me. And if you hadn’t had the pleasure of playing the game yourself, then here are the best reasons why you should play Disco Elysium.

Solving One of the Most Interesting Murders Ever

On the surface level, there really isn’t anything out of the ordinary for the main case. Even your partner says so if you ask him. However, so many people have a vested interest in the case which makes solving it especially tricky as facts and fiction get muddled together.

There’s more than meets the eye to the denizens of Martinaise. Throughout my time going around interacting with people I never felt that anyone one of them was a waste of time despite the game’s long lines of dialogue that can seem exhausting to read through. Prod deeper and you’ll find that many have more interesting things to say and maybe more related to the case than you initially expect. The characters are one of the best reasons why you should play Disco Elysium.

Freedom To Be Who You Want

In a sense where the character you’re building isn’t combat-oriented. Disco Elysium gives you every right of who you want our amnesiac protagonist to be. You don’t have to make a moral choice. You don’t have to be a good cop. You can be as racist, as corrupt, and as vile as you want to be.

You are free to build your detective’s strengths and weaknesses, eccentric quirks, and even political ideologies. All of which have a significant outcome on how people treat you and how the story plays out.

Interesting Side Quests and Activities

Just because you’re solving a murder doesn’t mean that you can’t relax. Feel free to take on other cases and partake in recreational activities that can be just as fun as the main plot.

Kim Kitsuragi has got to be one of the best companions in gaming ever made. He may come off as a strict disciplinarian but he occasionally can humor your eccentric behavior. Your relationship with him can develop in significant ways and you’ll no doubt bond with him through your time in Martinaise. He’s one of the best reasons why you should play Disco Elysium.

He’s not as empty or as blank of a slate as you may initially believe. Despite his eccentric quirks, deep down inside is a man facing his own demons and a is much deeper character than you think.

Thanks to the game’s mechanics that rely on a dice roll, you can only ever nudge the odds in your favor. You’ll never truly get a cemented outcome and even a high rate of success isn’t a guarantee. But this also works in your favor. Even abysmal odds can turn into miracles and sometimes it’s better to fail at something than to succeed.

The game’s setting, Martinaise, is very much a place with a rich sense of history, culture, and trivia waiting to be explored. However, it’s also a cesspool filled with morally questionable characters who are all affected by the poor state that it’s in.

Disco Elysium tackles quite a few serious topics. Racism, drugs, rape, and etc., nothing is off the table. And those themes aren’t just there to be edgy they’re tackled in a way that is interesting to read about and far from being pretentious. Beyond those themes, however, are uplifting undertones about fighting depression and ultimately bettering yourself. The themes are one of the reasons why you should play Disco Elysium.

It’d be quite cumbersome to have to read through every line of text. Thankfully not only are they written well but they are also superbly voice acted thanks to The Final Cut edition of the game.

Should you decide to give Disco Elysium a chance, you’ll leave with a memorable experience that will stay with you for a while. It’s one of those games that I wish never ended, but I can’t help but keep going back to it.

For my full review of the Disco Elysium: The Final Cut, click here.