What kind of cop are you? 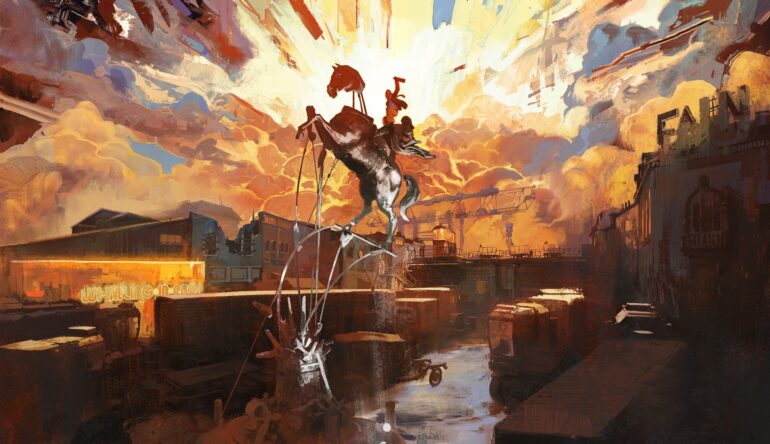 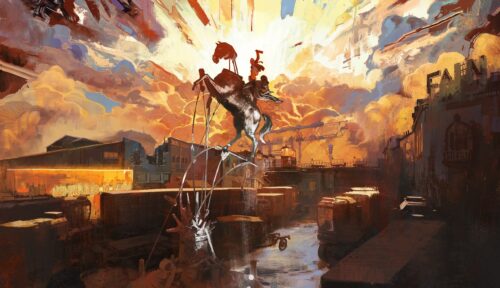 Disco Elysium: The Final Cut is one of those games that will utterly surprise those who try it for the first time. Imagine dying the first three minutes into the game due to your attempts to reach your necktie hanging from the ceiling fan. The absurdity of such a death is both humorous and eye opening. Yet it is only a glimpse--a mere taste--of what is awaiting for you in this game. Unlike others that seek to satisfy a broad spectrum through adrenaline rushed combat, Disco Elysium is a game whose mystery is like a wrapped ball of yarn waiting to be slowly untangled.

This game is a niche experience, catering to only a specific type of player yet welcoming those willing to try it. If you’re turned away by the notion of reading through never-ending dialogue and overwhelming exposition, Disco Elysium alleviates a lot of the tedium by ensuring most of what is presented to you is entertaining in some way. Still, this doesn’t mean that every trivia the game has is exciting. There’s a lot of political and philosophical jargons presented that could be difficult to approach and even understand. However this is part of its charm. The game takes place in a divided setting where there is a clear tension between opposing political spectrums. Martinaise is a cesspool filled with thugs, racists, and drug users who are all unsatisfied with the Revachol Citizen’s Militia, this fictional world’s defacto police, in some way or another. And unlucky you, you’re playing as one of the only two members of said militia seemingly for miles.

In Disco Elysium: The Final Cut, you’re tasked to investigate a murder; a corpse is hanging on a noose in the back of the hotel you’re staying in. It’s been there for weeks. Thankfully the cold weather does much to preserve the upcoming stages of decomposition. Finding out who murdered this person, why, and from where is the main objective of the game. The biggest obstacle in your pursuit of this is your amnesia as you are missing your gun, your badge, along with your apparently non-existent dignity. How can you solve such a case when you don’t even know who you are?

Disco Elysium has a depressing atmosphere. Martinaise is plagued with poverty; an apparent symptom as it is still suffering from the after effects of a war that took place decades ago along with government neglect. You’ll see it in the decrepit buildings on the crisp of collapsing. You’ll see it on the cracks on the road where the bombs hit. You’ll see it on the remnants of military infrastructure scattered throughout Martinaise. Where the government was absent, a worker’s union ruled the land in its stead. And they’re not happy with you being there.

But all of this pales in comparison to your character. While you’re suffering from amnesia, it’s rather obvious from the start that the person you’re controlling has his own demons. Disco Elysium tackles some serious themes in depression and you’ll find that you’re not really playing someone hollow as you might initially expect to be.

Despite Disco Elysium’s depressing tone, it always carries a small sliver of hope. You’re a chance of making Martinaise better…or worse depending on how you play.

A Gameplay Full of Personality

Disco Elysium’s gameplay is more akin to a board game. While it’s a narrative driven experience, you’re performance depends heavily on the roll of a dice. While there are other factors that can nudge fate in your favor, they’re not a guarantee that you’ll pass a skill check. You can still botch an attempt even with a 97% chance of success. Alternatively, you can also surprisingly perform miracles even when your odds are abysmal.

These skill checks rely on four functions you can invest in your character sheet: intellect, psyche, physique, and motorics. Each of this four have their own specific skills sets that you can put points into to help you in your investigation. For example, Logic from intellect can help you deduce while Empathy from psyche can better help you relate to people. Some skills aren’t as easily explained by their moniker and will require closer inspection. What does Drama do? It helps you detect lies and attempts at deception. On surface level, this feels more like it should be on Perception from motorics. This is why choosing your stats without a proper read isn’t advisable. It doesn’t help that the game doesn’t really take any initiative to explain itself to you. There’s no tutorial in Disco Elysium and you’re left to figure out the mechanics on your own. The problem with this is that you’ll be at a loss as to what skills are really useful for your journey or how often you’ll be in the position to find them beneficial.

Then it might hit you that these skills are what help sculp your character’s personality. A high Electrochemistry stat can render you a slave to your inhibitions--a strong desire for drugs, sex, and sensations. But a moderate amount of it can help you identify certain drug addiction symptoms in a person, talk to someone drugged out of their mind, and even take certain substances while minimizing its negative side effects.

What’s lovable about this and a certain boon is that these skills are actual personalities that reside in the player character. They have their own dialogue, suggestions, and even entertainingly argue with each other. They’re not just faceless icons that represent certain aspects of your character.

Disco Elysium is very dialogue heavy and The Final Cut version of the game adds voices for every character in the game you can talk to. Even those that are just inanimate objects can sometimes be personified with an ego of their own. At times the experience is very trippy.

You choose what you want to respond with. They can range from inquiries regarding a certain topic to wacky, eccentric reactions depending on the situation at hand. Martinaise is open for you to explore and the place is filled with a good variety of characters, some straight some shady. You’ll be encouraged to walk around, talk to people, and find out more about their lives. You are a detective and even if you can’t remember anything it’s still your job to get details. Disco Elysium does present a good variety of side quests aside from solving the main case and you’re free to take on little distractions as you see fit. You can take on a case regarding a missing person or you can go ahead and just play a board game with your partner. Despite the rather grim tone of the game, Disco Elysium does have a few icebreakers to lighten the mood. In fact a lot of the narrative’s serious tone can be buried under humorous dialogue depending on how eccentric you make yourself out to be.

Depending on how you act, you’ll also unlock character traits you can invest in which will provide an additional bonus. Do you want to be a supporter of Marxist-Communism? Would you rather be a HoboCop? There’s plenty of traits to add to your character which are unlockable by selecting specific dialogue. And they can be quite helpful. For example, the Actual Art Degree trait heals morale after certain dialogue choices.

While Disco Elysium is a dialogue based game, you can hit a game over if your health or morale reaches zero. Both of which are decided by Endurance and Volition. But even with a low Endurance, it’s still relatively difficult to get a Game Over so long as you’re not purposefully trying or one-shot.

Disco Elysium: The Final Cut is a must own. If you don’t mind the absence of a combat mechanic and love a game that dives heavy into lore, then this game is definitely worth your time. However it is an experience meant to be digested slowly. Don’t make the mistake of speed reading or skipping through dialogue. Take the time to talk to everyone. Even those who don’t seem important at first are surprisingly relevant once you unravel the mystery further.