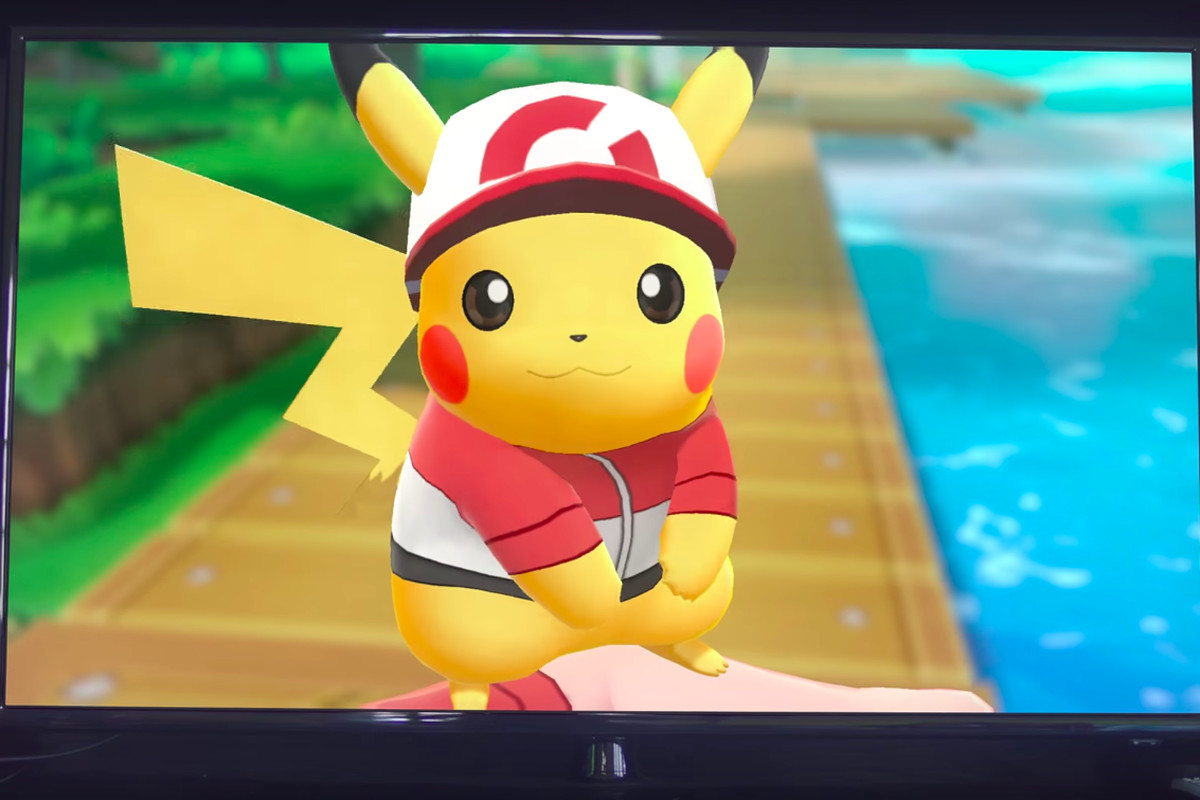 Why People Shouldn’t Hate On The Pokemon: Let’s Go Titles

It’s odd that there were people who were either sad, confused, or even outraged by the reveal of a new Pokemon game for the Switch. Most even thought that this was the core title in the series that has been hyped by Nintendo. Fortunately, it’s more of a spin-off game that’s meant to entertain fans until the release of the actual main entry into the series that’s set to be around 2019.

The only known connections that both games seem to have is that you capture Pokemon in the same way and that you can transfer them from the mobile game over to the Switch title. Take note that transfers are only from Go to Let’s Go! Basically telling us that the Switch game is going to have major differences from Pokemon Go.

As the trailer shows us, Pokemon: Let’s Go! is going to have turn-based battles; something that has been prevalent with every main series entry. The pokemon battles in the mobile game aren’t exactly…great; I would even go so far as to say that it was downright horrible. So seeing that we’re going back to the traditional combat mechanics will make for a much more exciting and fun game. And besides, the battle moves shown in the trailer? They looked GORGEOUS.

You Can Move Without the Requirement of Using the Internet

Seeing as how you control the player movement via the thumbstick, it’s safe to say that we won’t need the internet to play either of the Pokemon, Let’s Go! titles.  No longer will we have to worry about connecting online just to play! No longer will we have to deal with people getting hurt or accidentally killing themselves due to negligence of their surroundings! It looks safe and I’m glad that you can play it in either the comfort of your own home or wherever you decide to bring your Switch.

You can actually capture pokemon with a friend! The switch was meant for multiplayer with the detachable joycons and Pokemon, Let’s Go! is taking advantage of that. It’s pretty clear that catching pokemon is easier if you have a friend to play with. With that, the two of you can fill up the pokedex even faster.

And another thing is that both of you can battle NPC trainers at the same time! It doesn’t look as if it’s limited to just double battles either as the trailer shows you can take on one opponent with a friend. This alone can shake things up with how the game is meant to be played. Whether this is a good or bad thing is something we’ll have to see when the game is released.

Nintendo is known for innovating within the gaming industry. This time, they’re going with something different with both pokemon titles. First would have to be the optional Poké Ball Plus controller. It looks exactly like a Pokeball and it uses both an accelerometer and a gyro sensor which allows you to capture pokemon by throwing it. Don’t worry, it comes with straps so that you won’t accidentally hurl it towards the ground. The trailer even shows that you can transfer pokemon into the ball and bring them with you wherever you go! Kind of like a little pet inside a sphere-shaped capsule!

Another change would be in the gameplay itself. While it’s sticking to the traditional third-person perspective, the difference is that you actually get to see the pokemon in the overworld. This means that you won’t have to deal with random encounters anymore! Talk about saving money on repels. While the capture mechanic is similar to that of Pokemon Go, it’s still nice to see that Nintendo is mixing what made both their old and new games a complete success.

Also, the fact that you can use the pokemon to travel around the in-game world – a concept that isn’t entirely new – is something I’m sure that a lot of players are looking forward to.

So there you have it, reasons why people shouldn’t hate so much the new Pokemon: Let’s Go! games. We’ll still have to wait and see if this game will be any good, but it definitely shows a lot of promise.